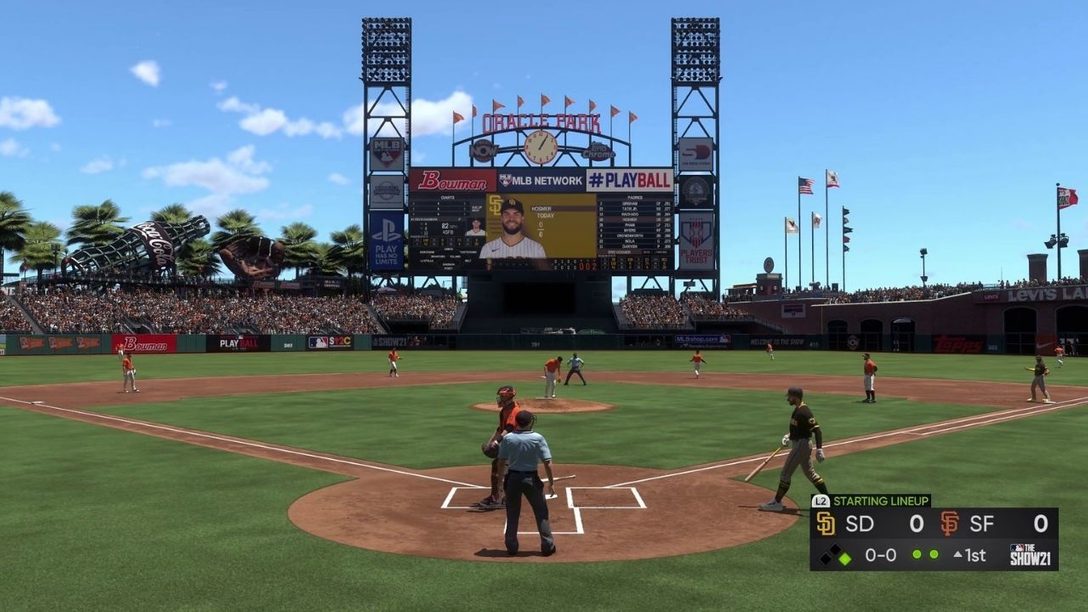 The PlayStation.Blog has posted another MLB The Show 21 article today mentioning customized ballparks, built with the next-gen Stadium Creator feature, can be shared within the community.

MLB The Show 21 gives you the ability to build and customize stadiums with over 1,000 pieces ranging from foul poles, signs, buildings, and much more. The developers have designed specific stadium kits ranging from realistic to fantasy, giving players the ability to create bespoke layouts, dimensions, wall heights, and more while being able to use created stadiums in both Diamond Dynasty and Franchise modes. With an internet connection, the fun doesn’t stop there as players can share, edit and play in stadiums created by fellow MLB The Show community members, too.

In the Gamespot interview, Ramone goes a little deeper into the details.

Yes, so with create-a-stadium you can share, play, and edit all of the stadiums. You can share them with your friends; you can share them with the online community. They are also available online as well. So you can use Create-A-Stadium with Diamond Dynasty. However, we do have competitive balancing measures in there to make sure you’re only playing in stadiums that would make sense and you won’t end up playing against any monstrosities that are maybe a bit too crazy.