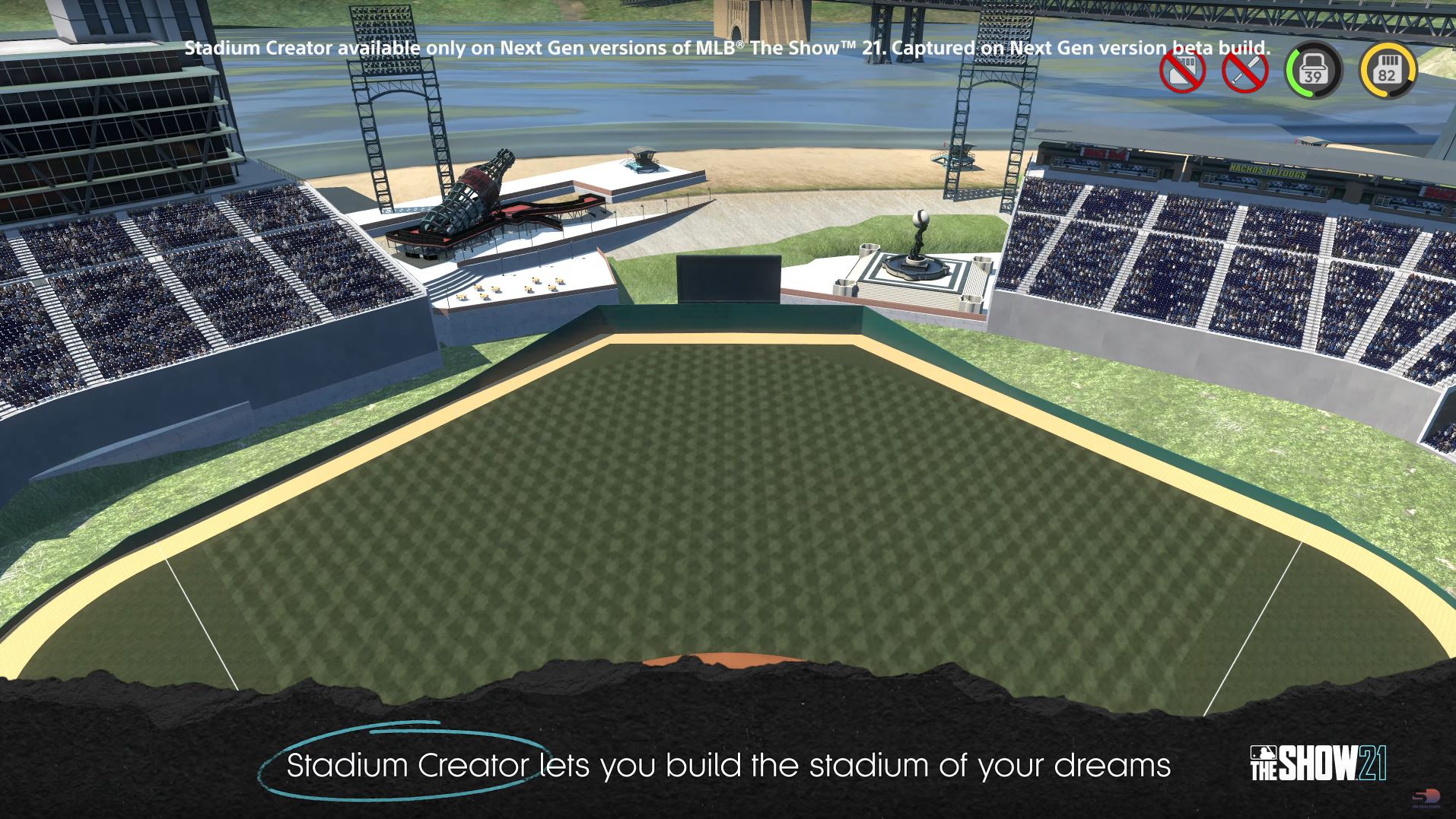 San Diego Studio has posted the final teaser video of the winter as we grind closer to next week’s “feature premier” schedule. The developers revealed what folks will be able to tinker with in the MLB The Show 21 stadium creator. As it stands, it looks like you will be able to tweak just about anything you can set your mind to. SDS also detailed what modes the feature can be used in this year.

One of the biggest looming questions after the announcement of create-a-stadium was how customizable new stadiums were going to be. Were there going to be wall presets? Were backdrops going to be presets? Was the mode going to strictly utilize pre-created assets? Well, it seems just about anything your heart desires may be possible.

MLB The Show 21 will feature over 1,000 unique pieces that can be used in different ways at different spots in your new ballpark. The Gateway Arch from St. Louis, the South Side Point Bridge from Pittsburgh, among other historic landmarks are included, in that cache. But it’s not just solely pre-constructed assets either. In some screenshots, unique pieces can be seen used in different parts of the ballpark, including two floating spaceship-type structures hovering in center field. 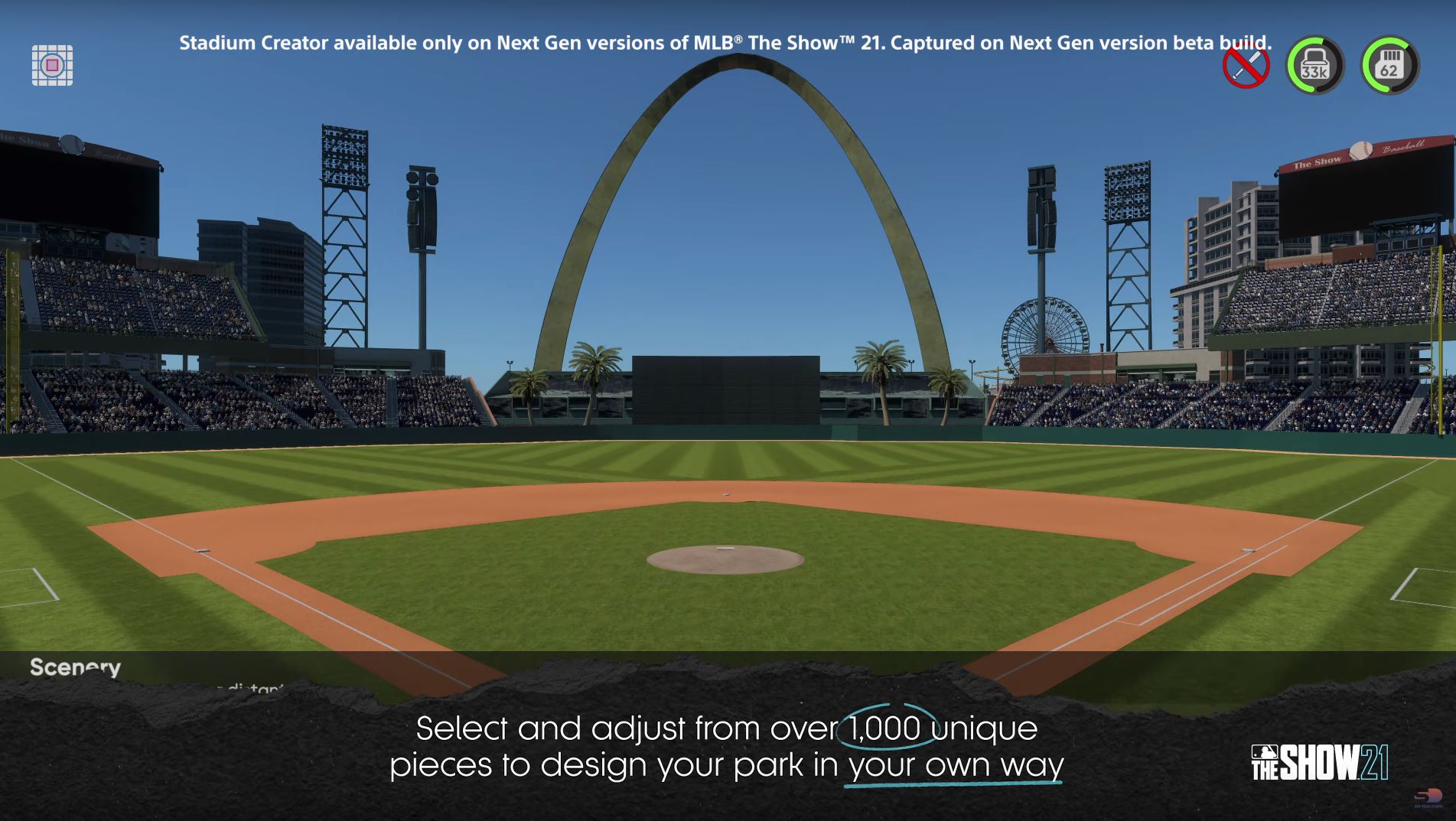 The Field of Dreams set was also constructed as an example. Trees can be edited and moved around the premises. Statues and their foundational material can be changed too. Dirt patterns on the infield can be changed as well. It’s probably a little too early to claim anything is possible (seating arrangements potentially need to be showcased more, for example), but it does seem there’s going to be enough customizability that your own personality and flair can come out in your creations. 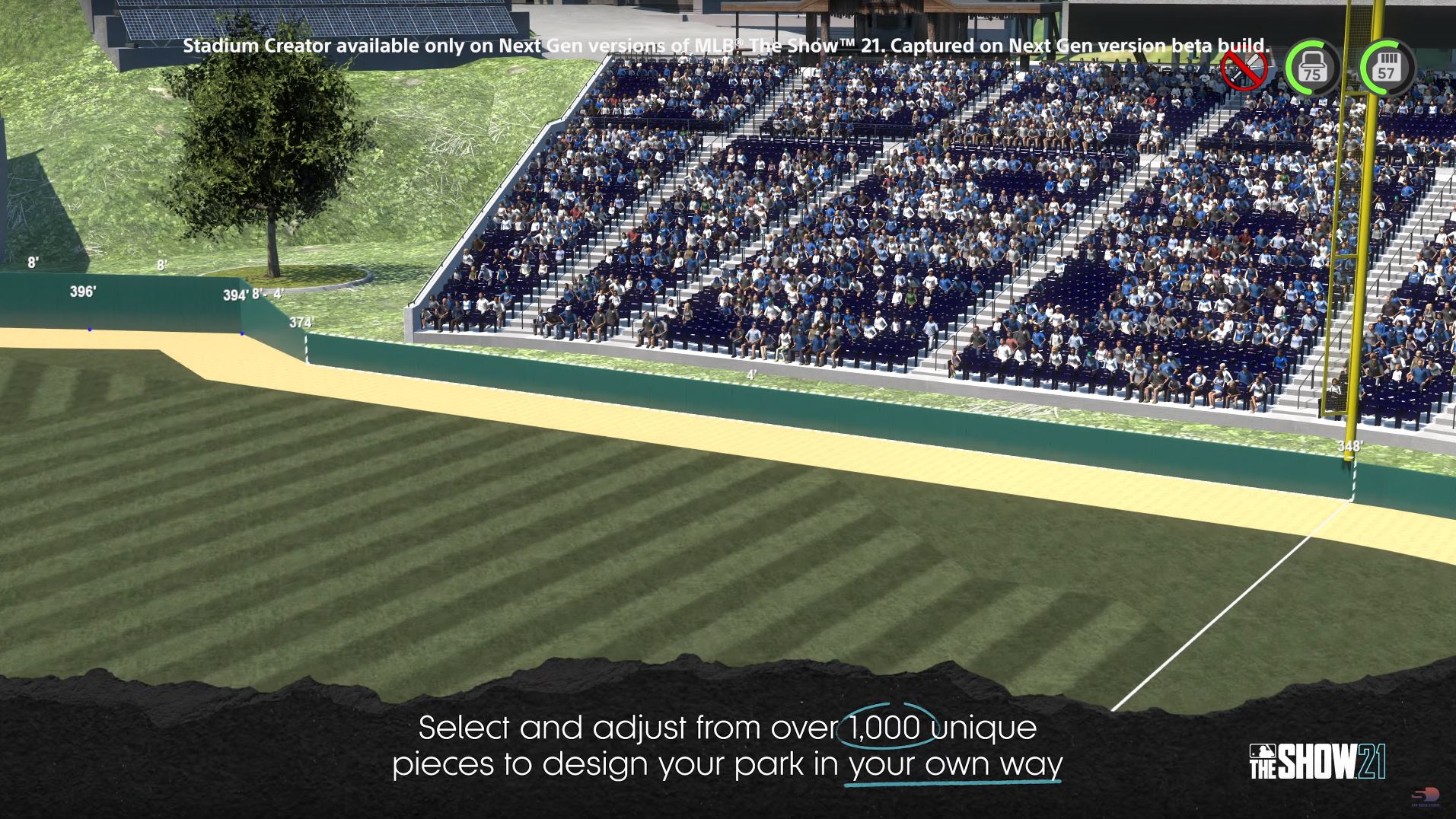 Ballpark dimensions have been another point of contention among the online community, and this video did a good job of laying out what’s possible on that front as well. Ballpark dimensions will be free-form, so players will be able to tinker with their walls quite a bit it seems. Wall color is also fully customizable. We’ll have to wait and see how far in you can bring the fences and how high you can build them up, but in this video the sample provided had the corners pulled in to 345 feet. The wall height looked to peak at about 40 feet. It’ll be interesting to see if there’s any regulation on dimensions whatsoever. 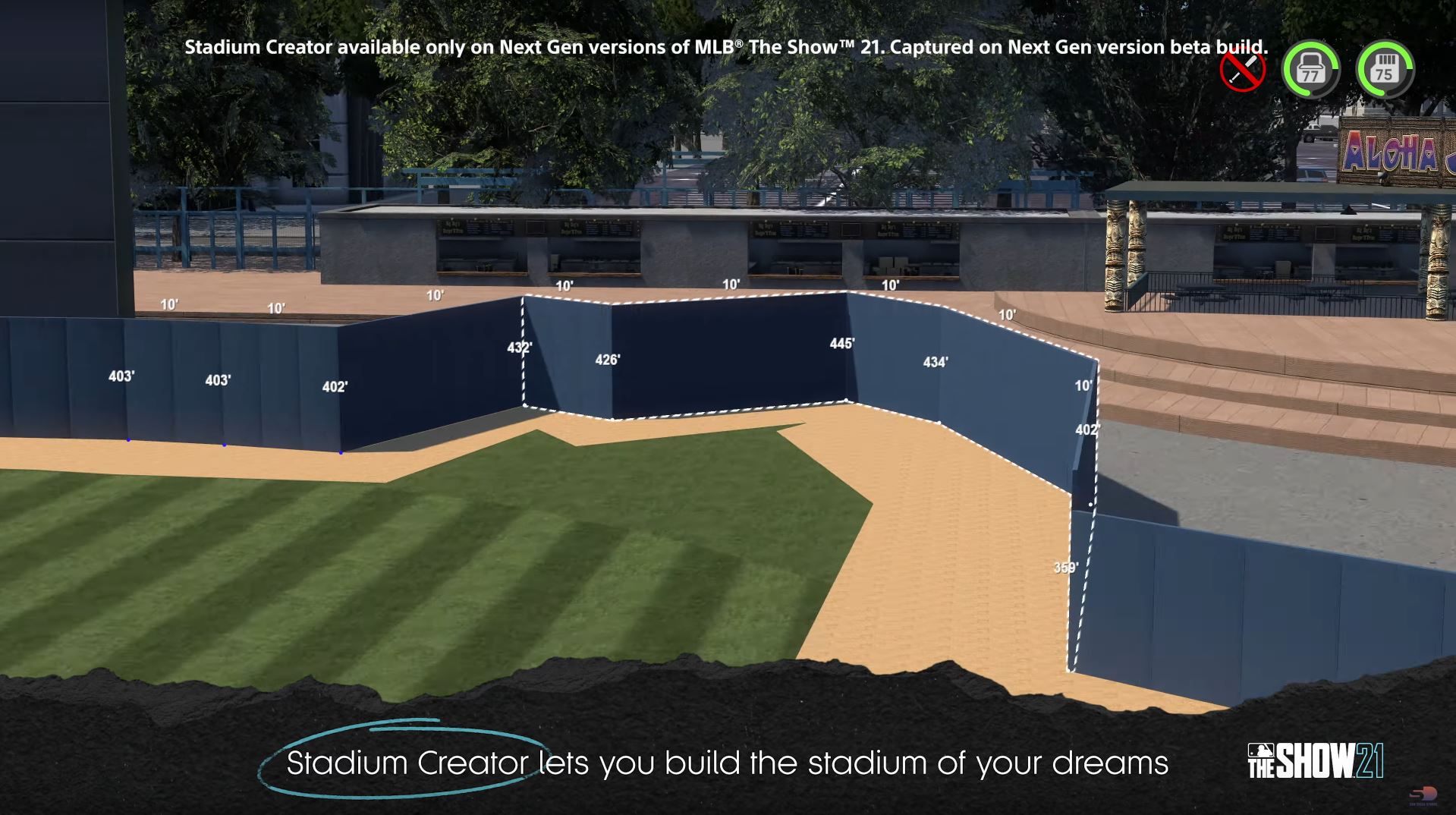 That leads directly into the conversation of where these custom stadiums can be used, and yes, they can be used inside franchise mode and Diamond Dynasty. It remains to be seen if these can be used inside ranked seasons or Battle Royale, but if that’s possible, you’d think competitive balance will be addressed. Roster construction would be an enormous advantage to the home team considering they could build out a lineup stacked with players who take advantage of a short porch. 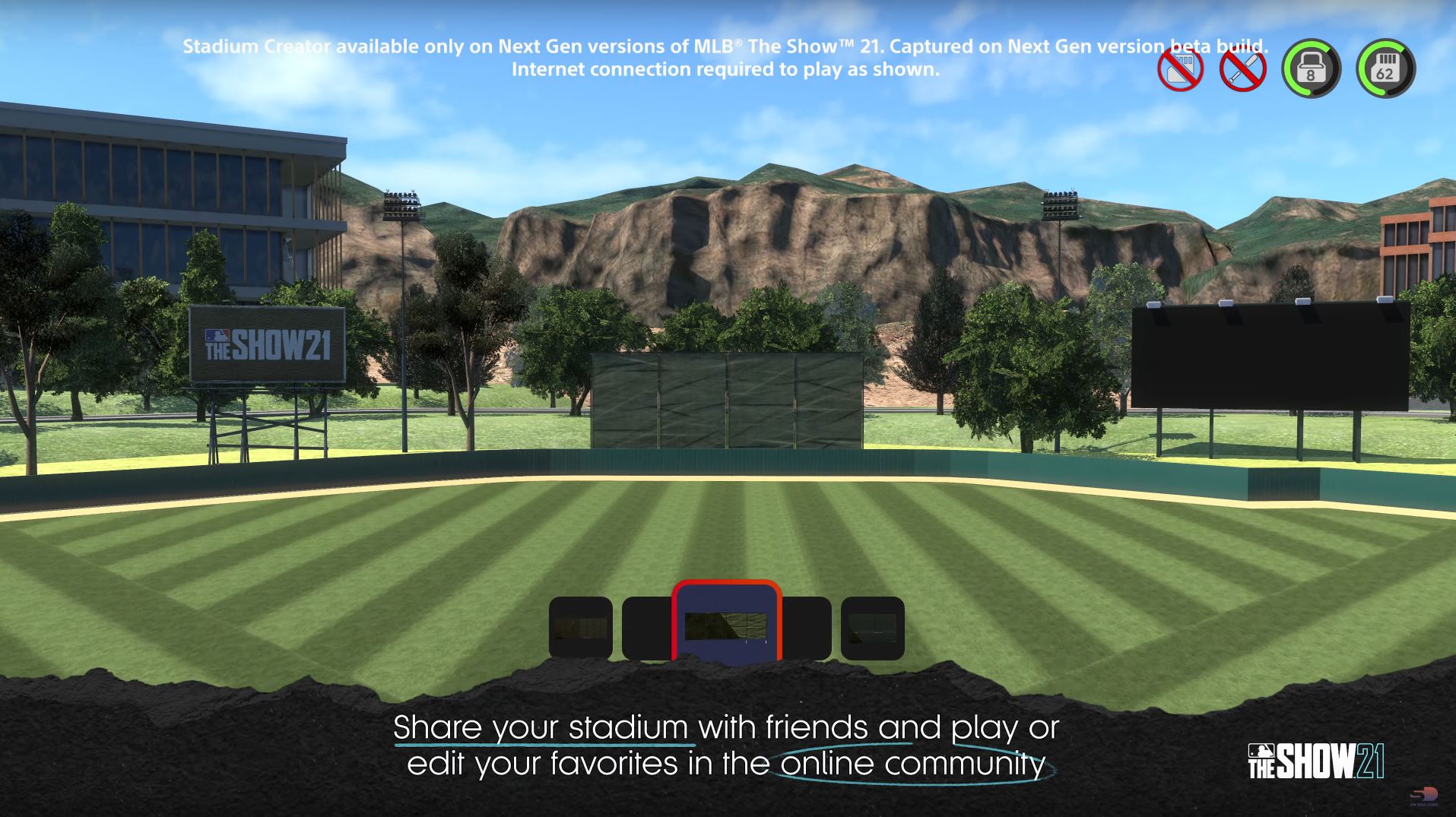 This video also suggests you can “share your stadium and play or edit your favorites in the online community.” Presumably this means we are getting a stadium vault as well. The ability to download community-built stadiums would be an excellent addition to the game. Being able to pull a classic stadium and throw it into your franchise without the dread of having to build it yourself would be terrific for franchise mode especially..

One question not answered in this video is whether or not domes or retractable roof stadiums will be available to edit. We’ll have to wait and see there. 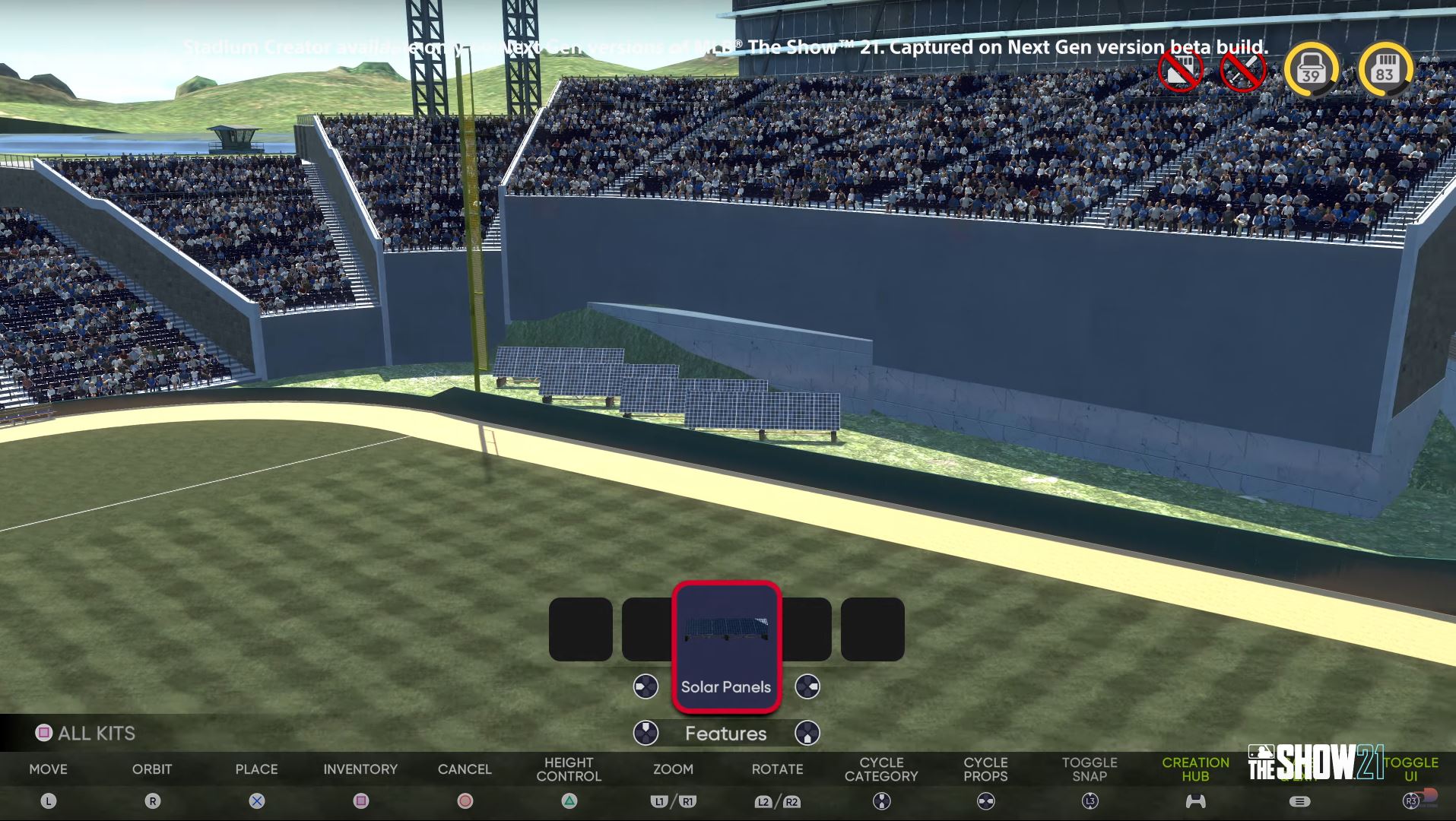 The MLB The Show 21 stadium creator looks like a really well thought out feature that should be beloved by the community. Even in this teaser, I think it’s fair to say the developers showcased more than most of us were expecting from this new feature in year one. San Diego Studio looks to have made a very comprehensive create-a-stadium, and it doesn’t feel like any major shortcuts were taken. We’ll get more information about this mode in a future feature premier.