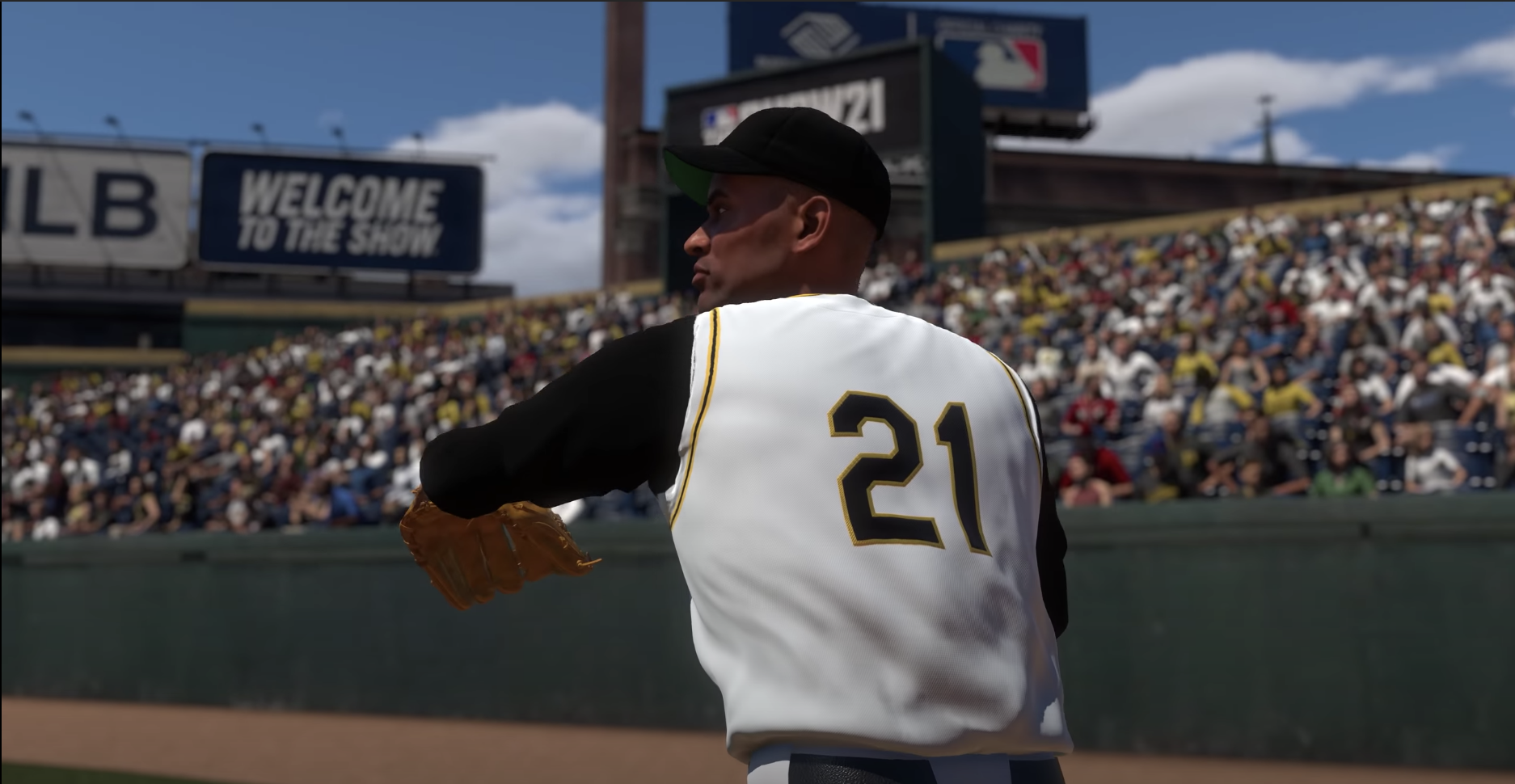 On Monday, San Diego Studio released the first full gameplay hype trailer of the year for MLB The Show 21. This trailer was created on next-generation hardware and provided some sneak peaks into upgrades the game has received, as well as teased a new legend the community has been clamoring for, Roberto Clemente.

The biggest takeaway, at least from this chair, are the enhancements to player faces. The trailer went out of its way to show as many stars from Major League Baseball as it possibly could to really highlight the enhancements to skin tones, and what seemed to be upgraded player emotion. In essence, not only did players look better, they seem a bit more life-like here. The hair physics and jersey physics don’t seem very noticeable, so we might not be seeing leaps there, but this version has a very clean look in 4K at 60 fps.

If you want to look at a baseline for all these graphical upgrades for the new game, you can also look at our 4K comparison on the PS5 vs. PS4 for MLB The Show 20.

Several players received brand new scans this year too. Blake Snell, Matt Chapman, Luis Robert, Trevor Bauer (and his strut) and many others will have newer, more up-to-date renditions of their facial features in this game. A few of those, like Snell, hadn’t been updated or addressed in several years. It’s a small update when you look at just one player, but it makes a difference when you add them all up. 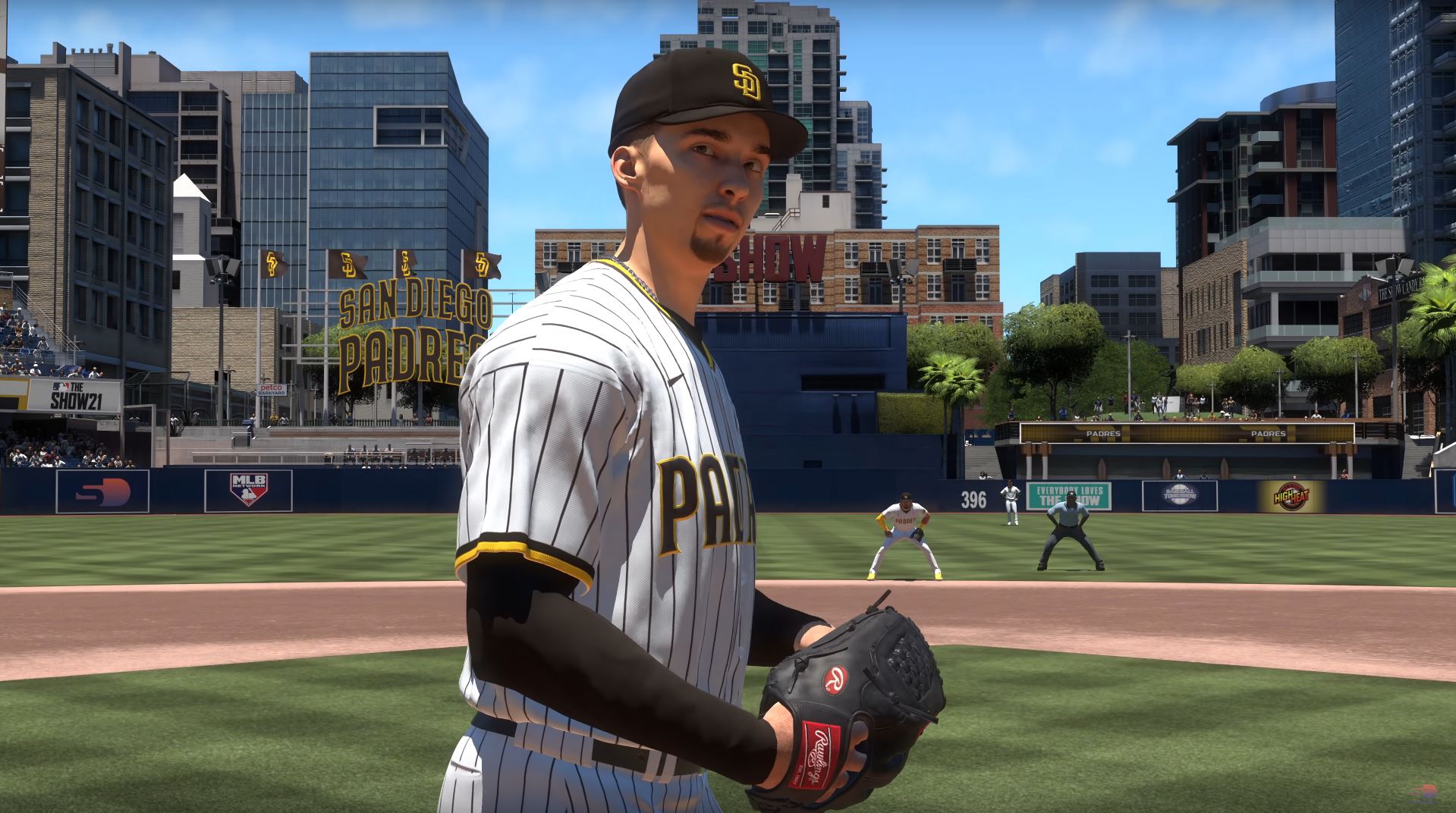 Crowds seem to have had a little work done to them as well. Animations inside the masses seem more variable in this trailer, and the crowd itself looks to have more depth to it. If MLB The Show is going to become a more immersive experience, there are things that will need to be reworked and the crowd was certainly one of them. That’s promising. It doesn’t seem like grass physics (or the dirt) were upgraded much since they were not really shown off, and we can still see some stadiums that are not quite picture-perfect accurate in the trailer (like Kansas City’s Kauffman Stadium).

The Green Monster at Fenway Park seems to have gotten some love on next-generation platforms as well. The texture of the wall, including its dents and dings were highlighted in the video. Again, while it’s a small change, it’s a welcome one. It may not necessarily move the needle for the prospective buyer, but it’s a nice little touch. 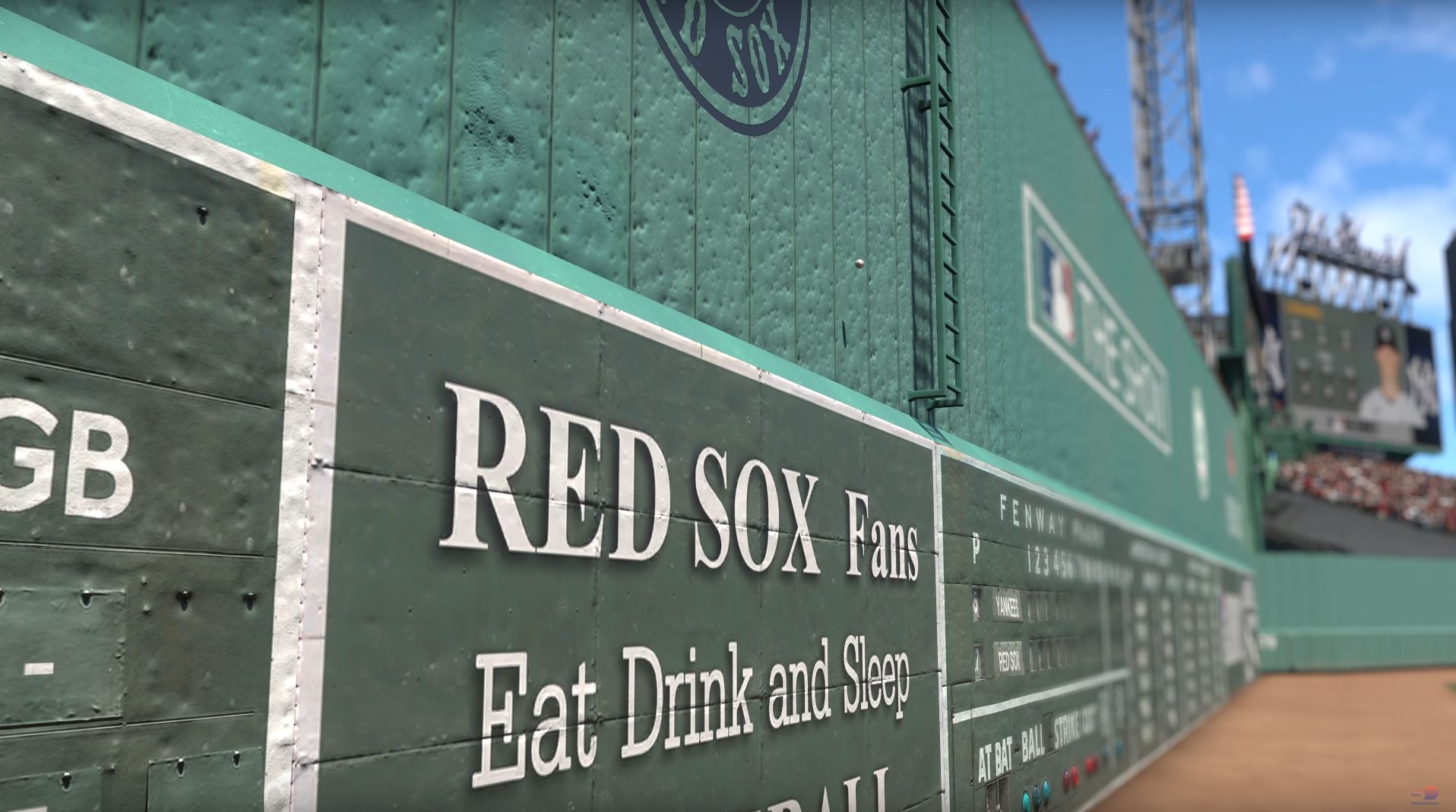 Speaking of the Green Monster, let’s talk about balls played off the wall. The official gameplay trailer dropping after a few of the feature premieres was probably a mistake. Strafing and improved defense on plays off the wall would have been a nice teaser used in this trailer, but instead, since we already know everything about those changes, it largely goes as a non-conversation-starter here.

There are a ton of new animations and celebrations highlighted here as well. Personality and individualism continue to be an emphasis for developers in this game, and that should absolutely be a focus with each rendition moving forward. MLB struggles to market the personality of their players, so MLB The Show doing what it can to help push the cause certainly doesn’t hurt. 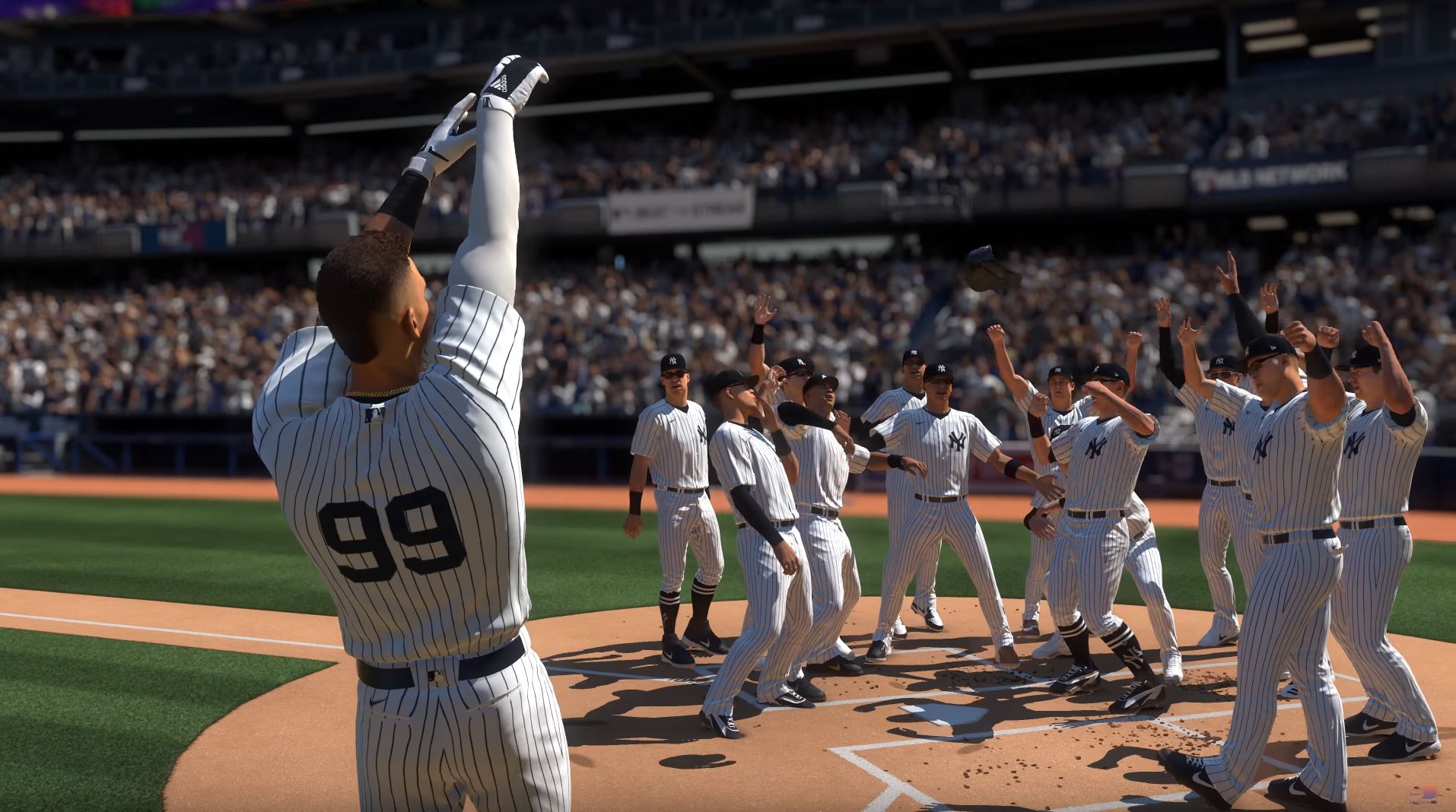 Still, the two biggest takeaways from this trailer come from the very end of it. The video teases a new “I, II, III, IV, V” feature that is sure to spark conversation inside the community. What could it be? Are we looking at some sort of new ranking tier system that will come into play inside Diamond Dynasty? Are we looking at a new way to unlock different tiers of legends? Nobody knows for sure, but it’ll be a topic of conversation until it is likely revealed in the Diamond Dynasty feature premiere prior to launch. 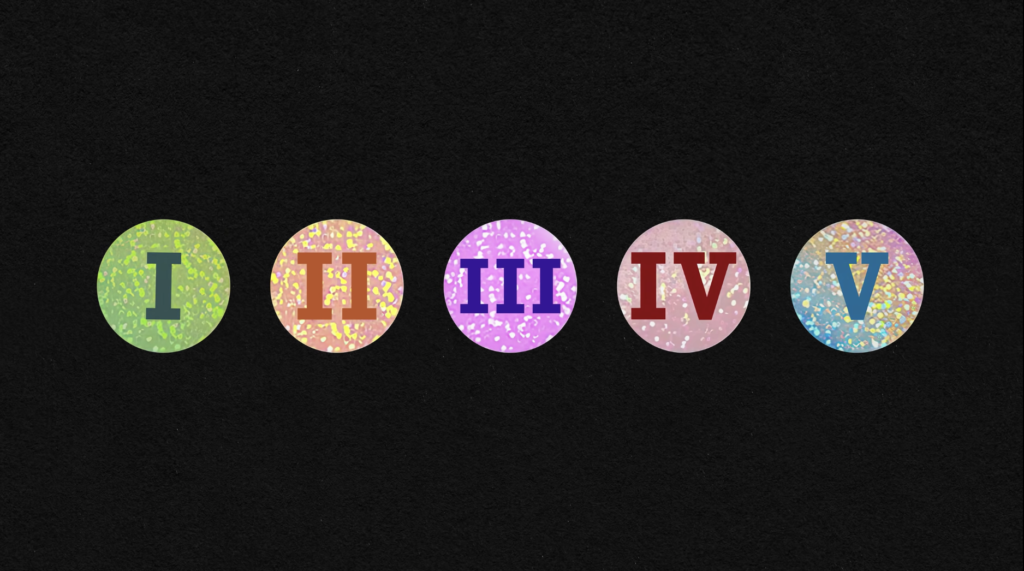 Finally, at the very end of this trailer, legendary outfielder Roberto Clemente was revealed as a new legend for MLB The Show 21.

It’s important I take a moment to state just how critical his inclusion is here:

50 years ago, Clemente died after his plane, overfilled with aid supplies, crashed shortly after takeoff in Puerto Rico on its way to help earthquake victims in Nicaragua. All this, on New Year’s Eve.

To this day, Clemente remains an absolutely beloved and revered figure in Puerto Rico and much of Latin America. Clemente is a Hall of Famer on the baseball field having logged 18 seasons in the big leagues. He was the quintessential humanitarian and advocate for human and civil rights.

Clemente will be a hugely welcomed addition to the game. I hope San Diego Studio makes a cover athlete version of the game with his picture to pay respects to the greatest number 21 of all time on this, his numbered year for the franchise.

Wrapping on some thoughts about the trailer, I’d say this was a little underwhelming in terms of what we’ve come to expect from gameplay trailers for The Show. The new faces and new animations are great, but I don’t know if this trailer succeeded in teasing what’s new to the franchise this year or truly blowing folks away with graphical upgrades. Nevertheless, we’re still excited overall, and The Show at a consistent 60 fps will make a world of difference all on its own.