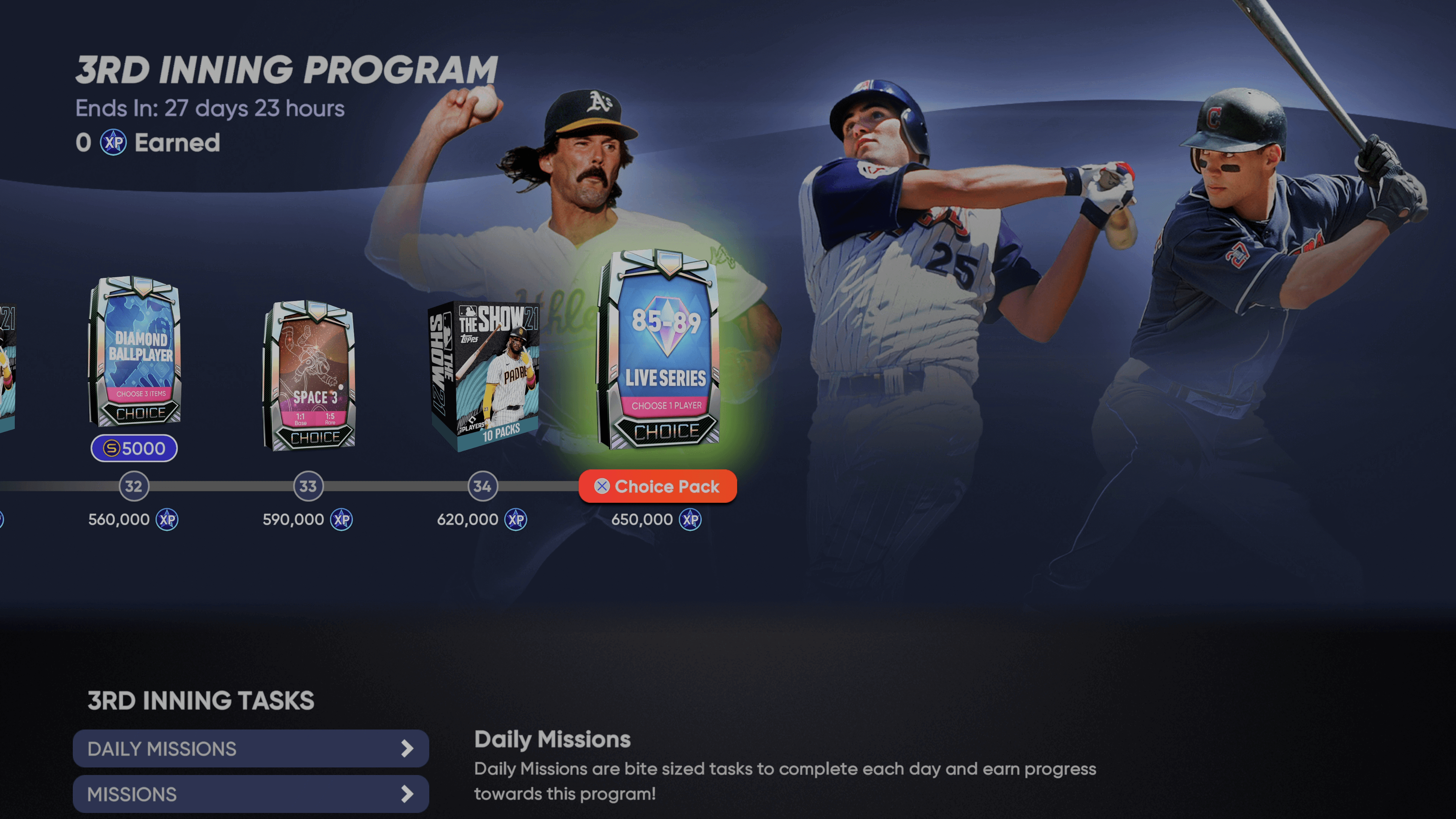 The 3rd Inning Program launched today in MLB The Show 21 Diamond Dynasty. The bosses are as stacked as ever, but the structure of the program has changed a bit this time around. There is less of a focus on quantity of players and more of a focus on quality of players this go around. The final reward will stay the same here with a Live series player between 85-89 being the closing reward at 650,000 XP. This new program will end 28 days from now, and the three new bosses will be available at 350,000 XP.

The three bosses here are Awards Troy Glaus, Signature Series Dennis Eckersley, and Milestone Grady Sizemore. This looks like it will be a tough choice — or at least harder than the 2nd Inning boss picks. Eckersley is a closer and a Signature Series player, which are two things that can still be hard to find in abundance. Sizemore has five tools and can play all three outfield positions but does struggle a bit against LHP. Finally, Glaus has maxed out stats against LHP and very good attributes to go against RHP as well, plus he has a diamond glove. I suspect Glaus will be the pick for folks, especially since he can secondarily play SS, but Sizemore and Eckersley should still have some fans. 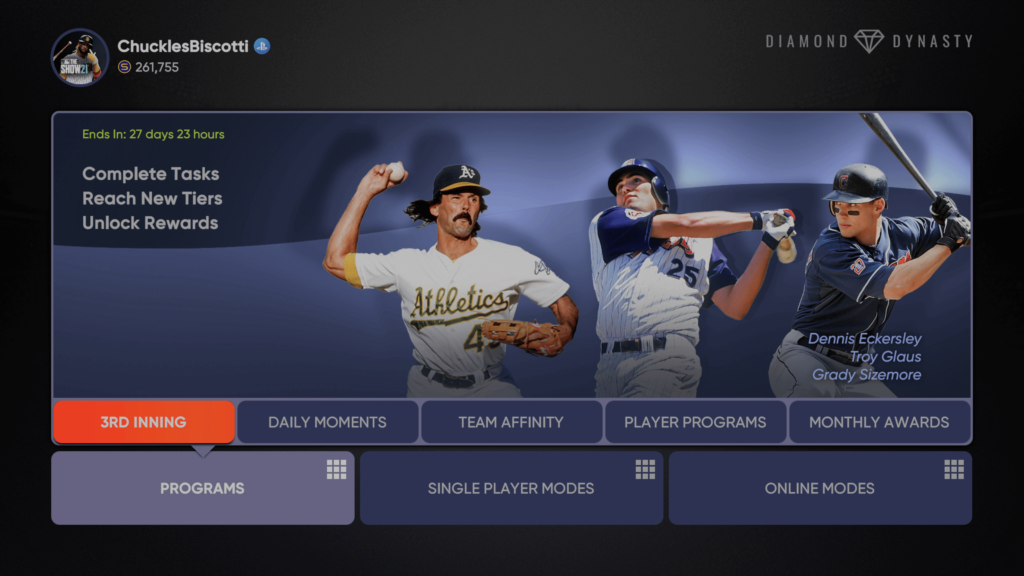 As usual, we will get the Showdown a little later this month. 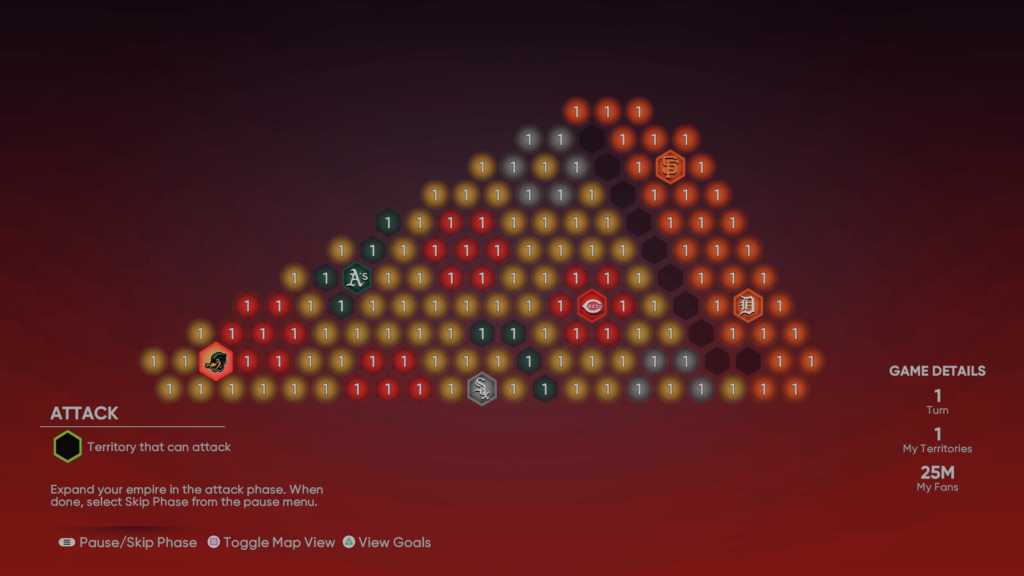 The first Conquest map involves capturing five strongholds. The Pizza Conquest map involves stealing 3 million fans as the way to force you to play at least one extra game as well. You will get at least five The Show packs and a Ballin’ Is A Habit pack, and that’s before finding any secrets. If you want to see all the secrets, here they are (courtesy JProGaming): 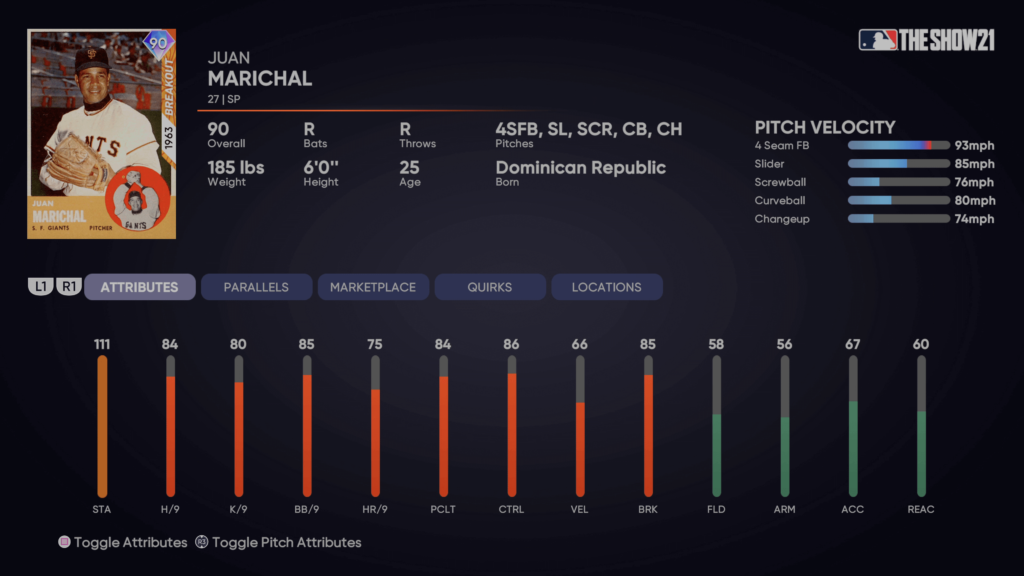 Completing all the moments will net you 1,700 stubs in total.

Normally I look for any reason to pick Grandal when he’s available since I love the swing, but Ashburn might be the pick here for me. I have really struggled with Keith Hernandez in the past.

Like with Grandal, I look for reasons to pick Gregorius when he’s offered, but I think Devers is the pick here this time around.