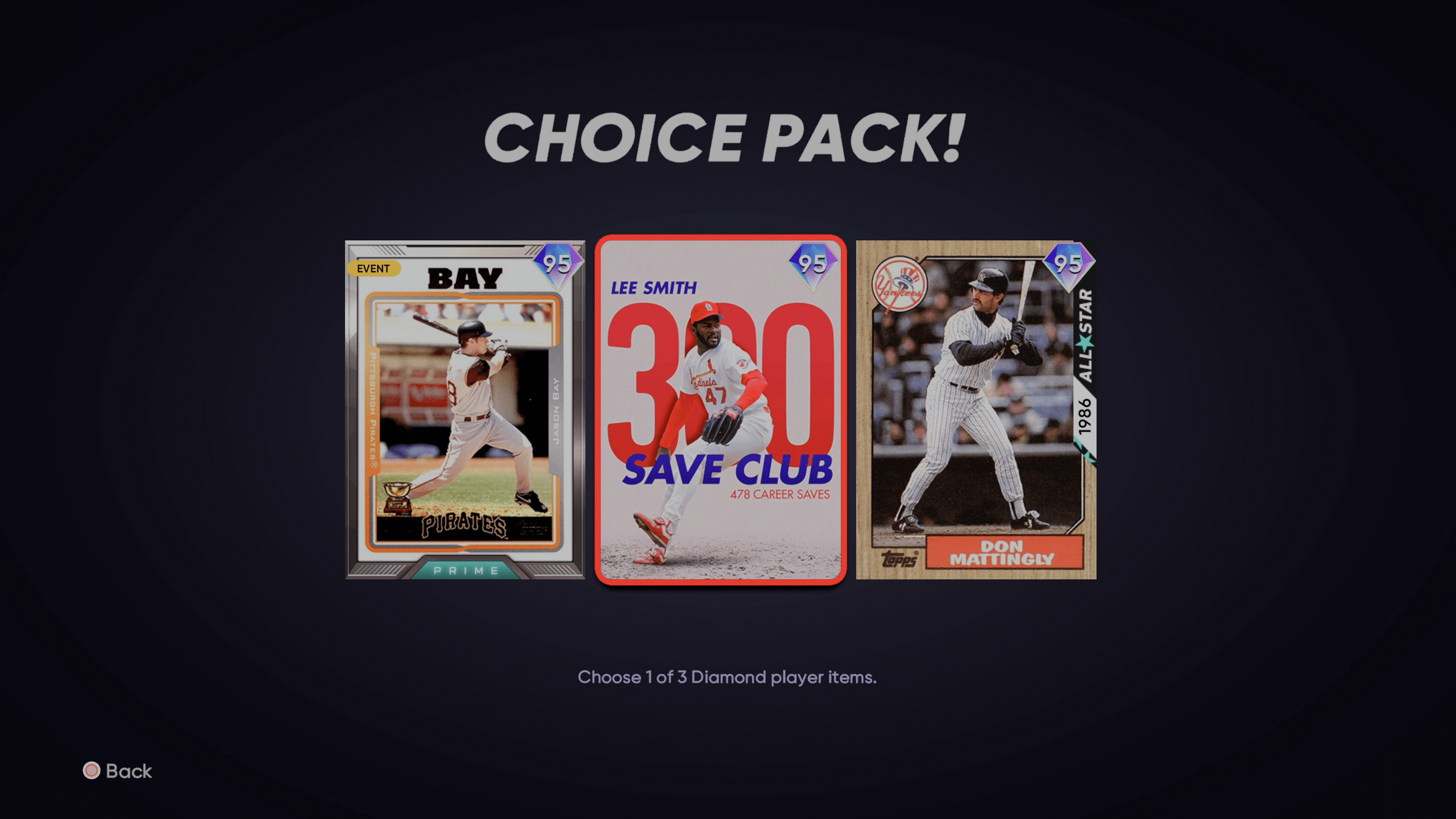 The 2nd Inning Program has launched today in MLB The Show 21 Diamond Dynasty. More people than usual got to finish all the XP goals in the first program, so it will be interesting to see now if getting all of the rewards is more commonplace than it was in previous years due to the new way SDS is handling XP overall with no long-term XP goals. This new program will end 28 days from now, and the three new bosses will be available once more at 350,000 XP.

The three bosses here are Prime Jason Bay, Milestone Lee Smith, and All-Star Don Mattingly. At first glance, my guess is the competitive crowd will lean towards Lee Smith, but Bay and Mattingly fill different roles as power or contact threats. There are also a couple choice packs along the way that include some interesting names as well.

Also, it’s worth noting that SDS has given everyone a make-good gift for all the Diamond Dynasty server issues.

As a small gesture of appreciation to the community, this Thank You Bundle is in The Show Shop until 5/17 for FREE!
💎42 Series Legend Choice Pack
💎Diamond Ballplayer Choice Pack
💎10 Team Affinity Vouchers
💎5 The Show Packs
💎10,000 Stubs
More here: https://t.co/HEqafUAdzA pic.twitter.com/5bpf4ZL3YQ 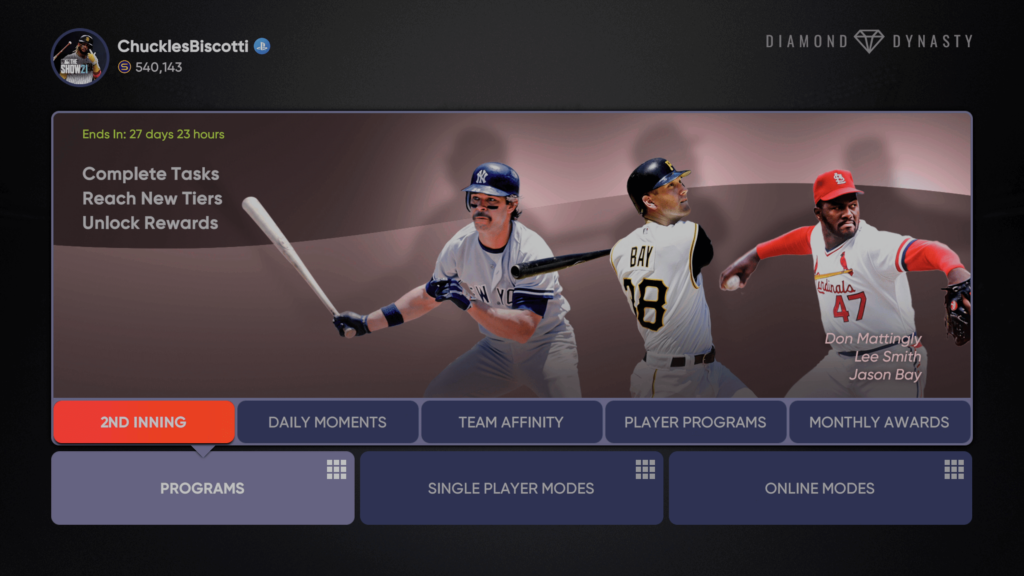 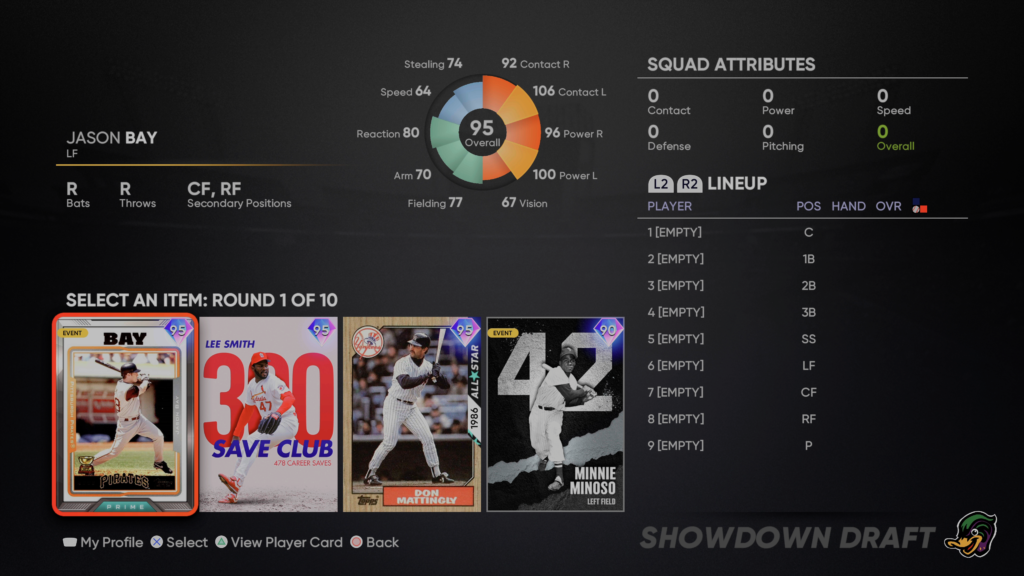 The 2nd Inning Showdown here includes drafting one of the three Bosses from the 2nd Inning Program. I have not yet done the Final Showdown, but it’s generally going to be the Boss from the program, but I’m not sure if they fill in a different pitcher for the Final Showdown should you pick Lee Smith. Still, you should always pick one of the hitters rather than the pitcher. You can earn a little over 4K in stubs and four The Show packs if you knock out every mission in the Showdown.

You will earn 35,000 XP for beating the Final Showdown. 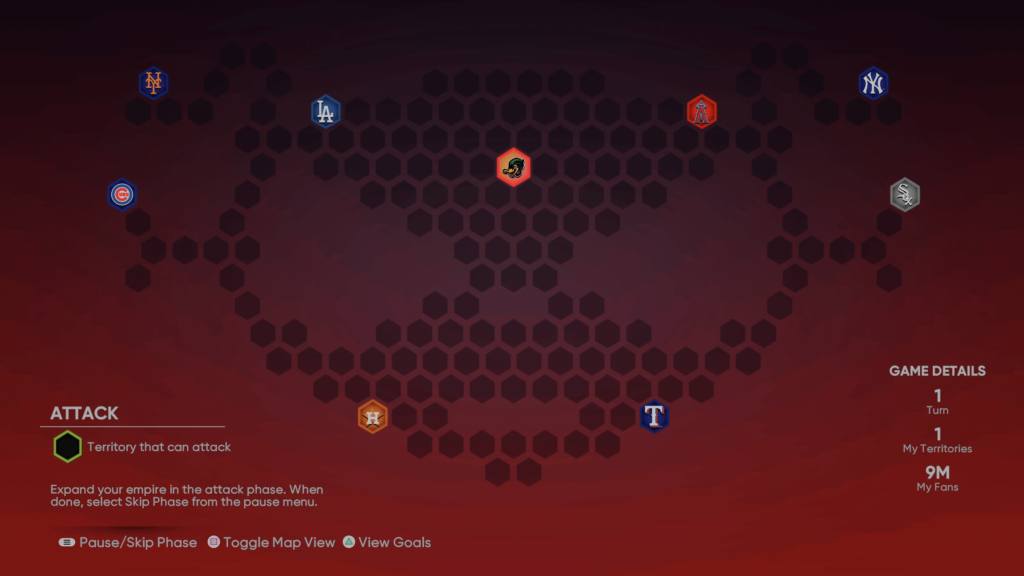 The first Conquest map includes conquering eight strongholds. You do need to steal 3 million fans as well, so be sure not to skip out on that before taking all of the strongholds. You get at least six The Show packs and a Ballin’ Is A Habit pack for completing the map, but there will be secrets on the board as well. 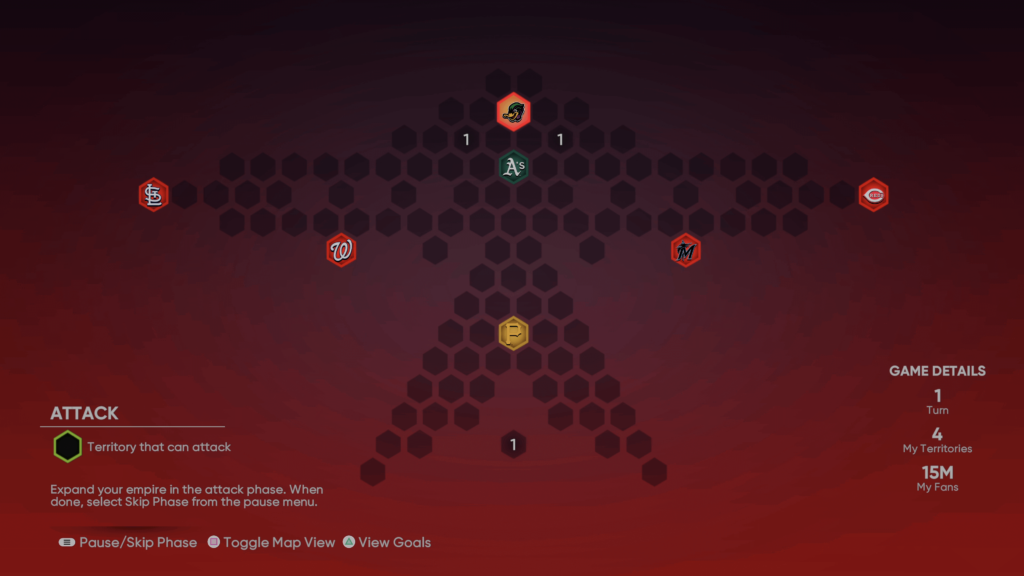 The second Conquest map includes conquering six strongholds. You need to steal (abduct) 4 million fans as well. You will get at least two The Show packs, but surely there will be more hidden rewards on the map as well, which you can see courtesy of JProGaming:

Note: For any old player programs from prior Innings, they still exist if you have not completed them yet. However, you won’t get the XP for “collecting” the cards in the new Inning, nor do you get XP for the prior Inning program anymore once it is gone.

The first set of Moments are tied to All-Star Fred McGriff. 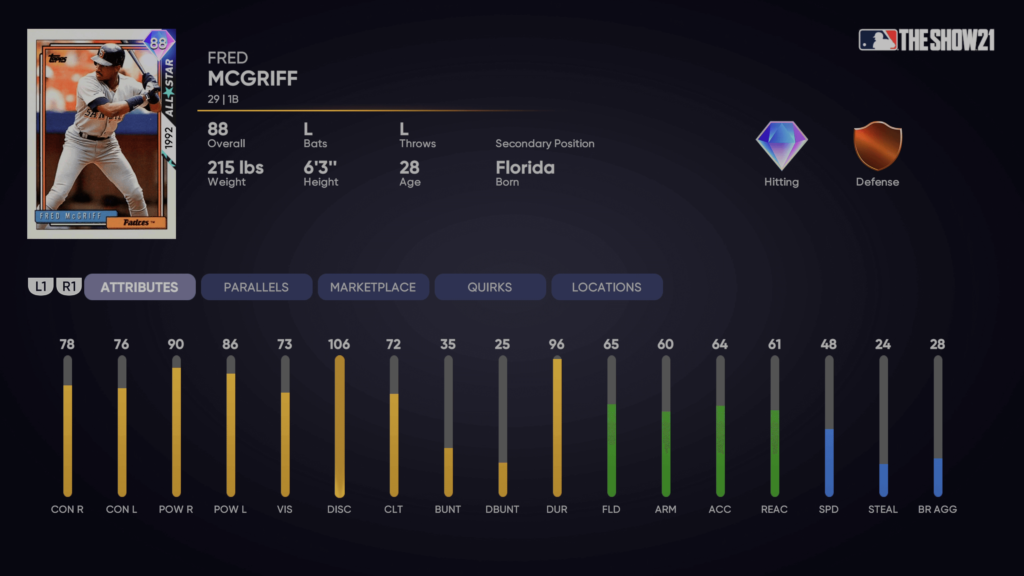 The second set of Moments are tied to All-Star Bruce Sutter. 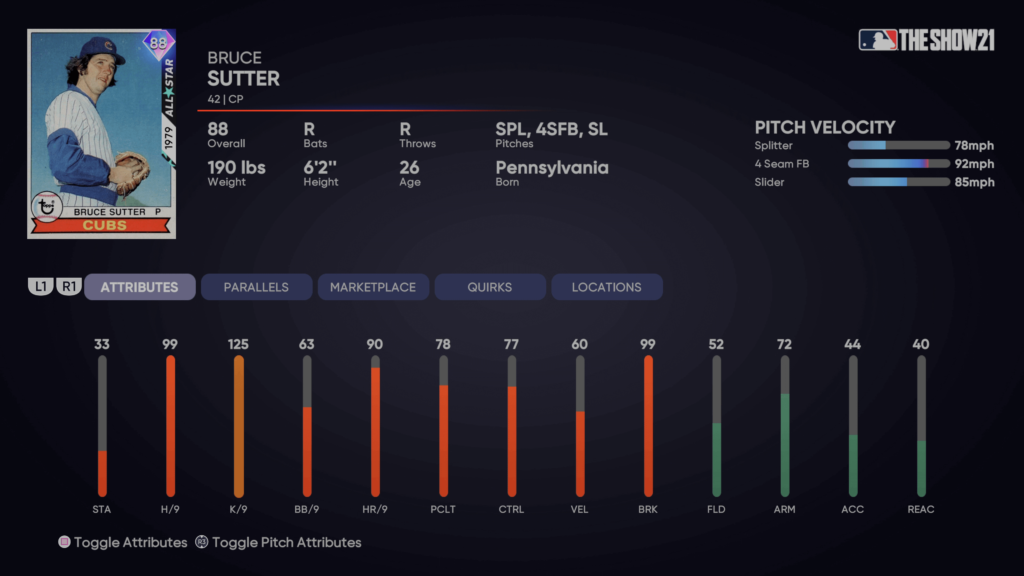 Here are the first set of players you choose from on the XP path multiple times. They are bronze and silver players. You select one bronze and one silver each time: 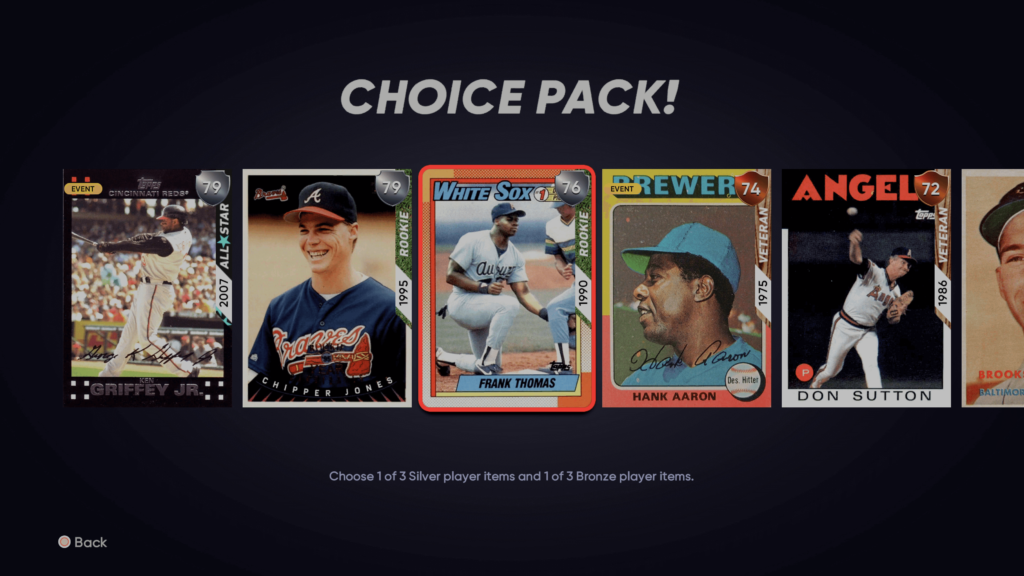 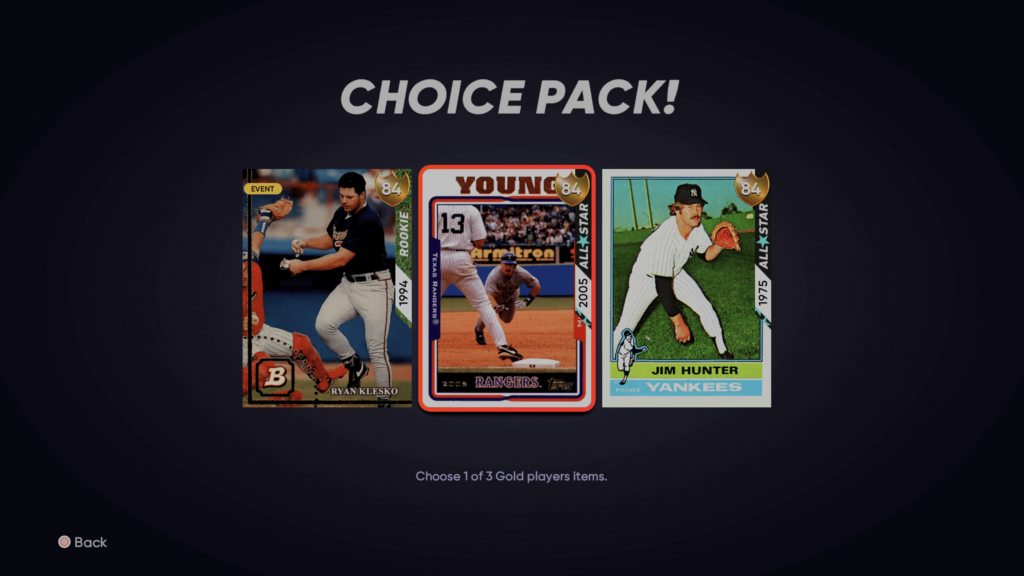 The third choice pack you run into is a 2nd Inning Program Classics choice pack: 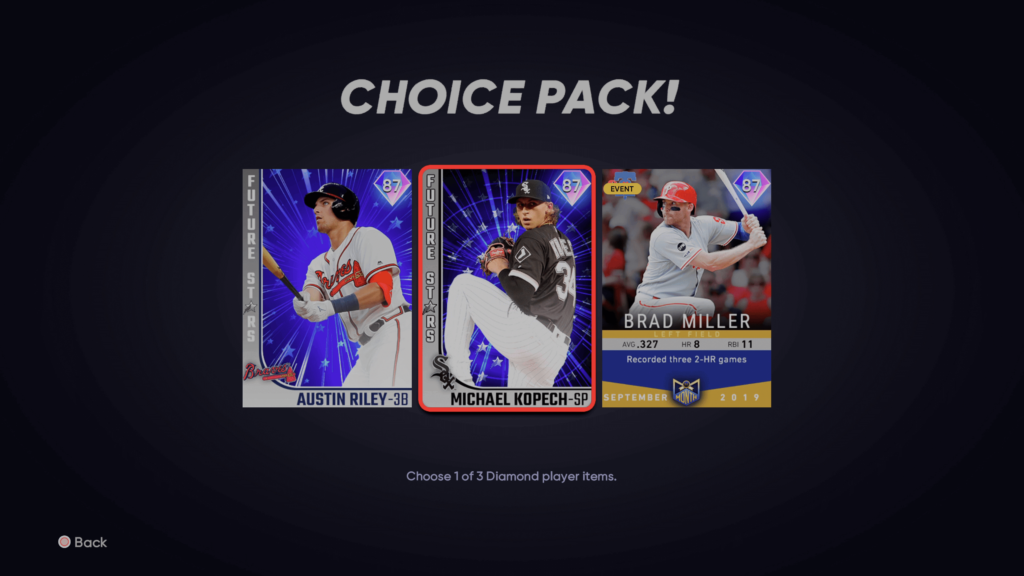 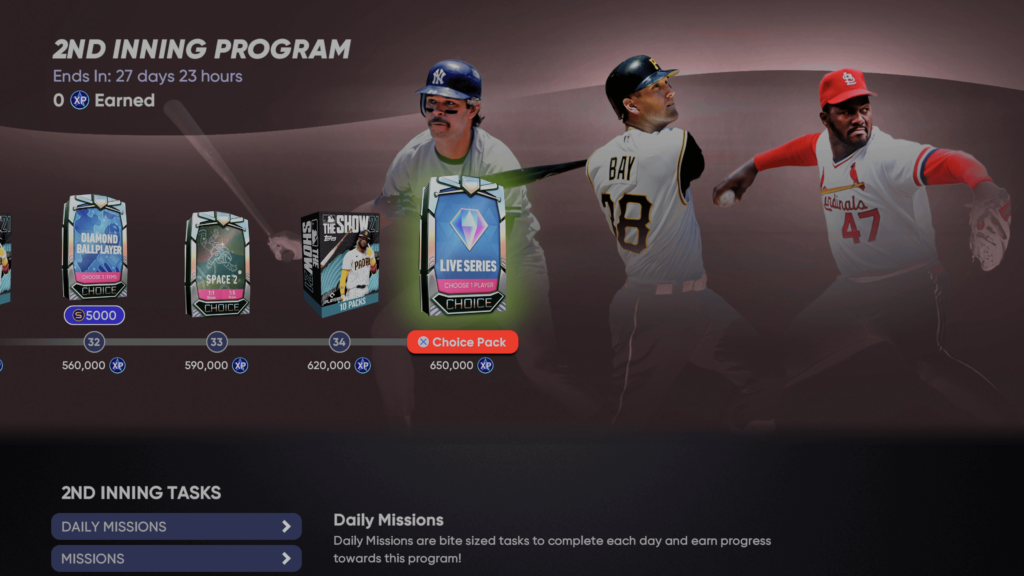 The MLB The Show 21 2nd Inning Program in total goes up to 650,000 XP once again. At launch, you can acquire roughly 92K in XP knocking out everything available, but that number will increase from here.