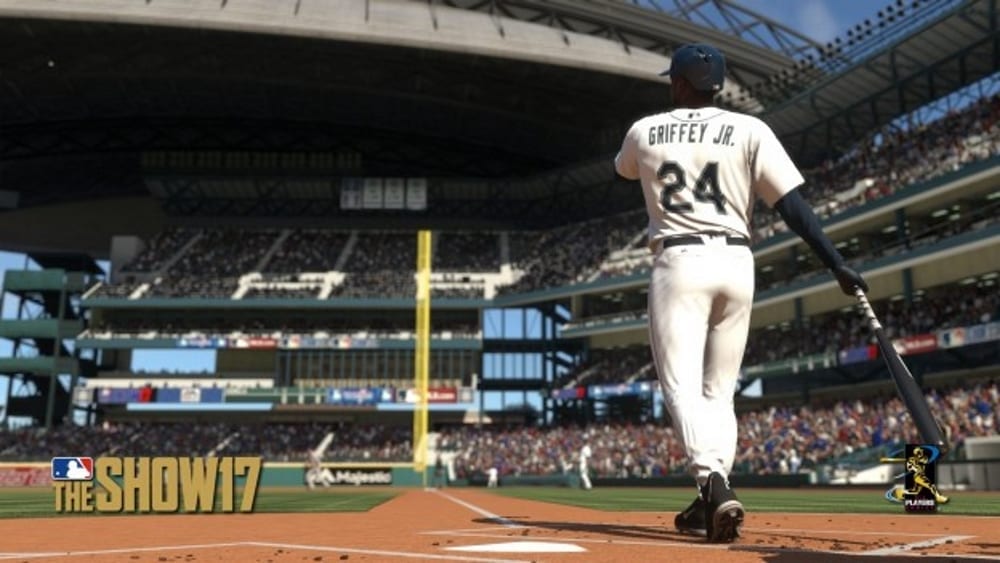 I’m based in the UK, and my knowledge of sports such as baseball, basketball and American football is limited. I’ve always taken a great interest in the NHL since discovering EA Sports’ series back in ‘98, but those other sports have somewhat passed me by. Sure, I used to play Madden, NBA 2K/Live and past series such as High Heat: Major League Baseball when I was younger, but I never really sampled them to their fullest.

Last year, I detailed my more in-depth experiences with both Madden NFL 16 and NBA 2K17. Now, I’m doing the same with MLB The Show 17 — the first iteration of the series I’ve ever properly owned. Until a few weeks ago, modes such as Diamond Dynasty and Road to the Show meant nothing to me. I didn’t know the difference between meter and analog pitching. I didn’t even have a favorite MLB team back then (I do now!).

With a couple of weeks playtime under my belt, this is my opportunity to give you some first impressions from a self-confessed noob.

As A First-Time Player, I Feel Wanted…

I didn’t know quite what to expect when booting up MLB The Show 17 for the first time. I’d watched the preview streams leading up to release, but really, there’s no substitute for getting hands-on with the game yourself. I fully expected to feel overwhelmed, and was pleased to find that the feeling never really took hold.

Instantly, the game presented me with an abundance of choice. How did I want to bat? How did I want to pitch? How did I want to field? Importantly, MLB The Show 17 presents first-time players with clear, concise information before getting started, and even offers the ability to test out these features before jumping into a full-blown game.

By the time I hit the main menu, I felt ready to play a 9-inning game. I won it too, and can owe that achievement to the dynamic difficulty feature. It’s allowed me to grow as a player over the past two weeks without ever removing the sense of challenge, although I think it’s actually overestimating my ability at present. That said, I have no plans to turn it off, and would love to see it implemented in certain other sports titles.

My first EVER home run in MLB The Show!

When you first delve into a well-established sports series for the first time, it’s a bit like being a kid at Christmas. There’s so much choice, and you haven’t yet grown tired of any of it. Road to the Show was always the most obvious initial destination in my mind, and it has lived up to my high expectations thus far.

Obviously, the new story-based aspects of the mode are undergoing their first trial, and so far I’ve enjoyed what I’ve seen of them. In my view, it’s the clever design of RttS that makes it the highlight of the package. In particular, I love that I only have to field when I’m directly involved in the play. Games can last anywhere from a few minutes to 10-plus minutes because of this, and crucially, their condensed nature fits in perfectly with my busy schedule.

I’m somewhat conflicted about franchise mode at present. It’s great to have options like Quick Manage to progress through a season, but I traditionally enjoy playing every game when I can. It’d be good to see a way to condense the 162-game (I thought the NHL was long!) season rather than settling for season mode, although I’m sure there’s a good reason why this isn’t possible.

Diamond Dynasty is better than I’d expected it to be. The personalization element of the mode is my favorite aspect, while a wide variety of online and offline features add to the appeal. Unfortunately, server issues restricted the majority of my initial online attempts (admittedly, I haven’t tried in the past week), but Conquest mode provided a fun alternative.

I love the idea of creating my own star for use in Diamond Dynasty, but particularly appreciate the requirement of training them. I might even get my player to a 99-overall rating before the end of the year, but regardless, I relish the challenge of doing so.

I also didn’t expect to find a logo creator in Diamond Dynasty. I’ve actually been able to create an impressive logo for my team, and enjoy seeing it plastered over the menu screens, fields and scoreboards in-game. It’s only a small thing, but adds to the immersive feeling I crave from creating my own team.

Let’s talk custom sounds. I LOVE custom sounds! After years of making-do with NHL’s in-game soundtracks, it’s so gratifying to change-up the formula. I can add new music, record my own chants, or simply navigate to our forums and download a host of authentic sound files for each MLB team. Sounds Of The Show is well implemented, easy to understand and an all-around excellent feature.

I’d love to see a face scanning option among The Show’s player-creation features, but honestly, they’re detailed enough without it. It’s still a feature worth adding to the wishlist for MLB The Show 18 though, as is the inclusion of a stadium creator. My knowledge of baseball is limited to the basics, but even I can see just how much effort has gone into replicating its most realistic elements. The game’s lighting features can prove stunning at times, while a host of in-depth stadiums reek of authenticity. MLB The Show 17‘s animations are arguably the smoothest in the business, seamlessly (for the most part) transitioning between each other with evident ease. Additionally, the entire in-game presentation package emits a realistic feel, from camera angles to commentary.

Authenticity can be found across the game’s entire feature set. Regardless of the scenario, the gameplay never appears to deviate too far from a realistic style of baseball. Retro Mode is a prime example, retaining many key gameplay elements without descending into wackiness with the addition of over-the-top features.

I’m not well informed enough to know whether MLB The Show 17 excels in offering a balanced game across the board, but it certainly seems to. While sports titles can occasionally get bogged down by overpowered upgrades and unfair advantages, The Show appears to retain its balanced formula regardless of the situation. If that’s indeed the case, I’m all for it. Retro Mode Is A Great Addition

It’s easy to get the wrong idea about Retro Mode. Why isn’t it available in all game modes? Why doesn’t it have online capabilities? Why bother including it at all? After all, Retro Mode doesn’t hold any appeal whatsoever for a certain portion of players.

I’ve found myself engaging in Retro Mode for two reasons. The first, and most important, is to sell The Show’s appeal to my non-baseball loving friends. I live in a country that only rarely highlights the sport’s existence, and as a result, even the basic rules aren’t that well known. Retro Mode is by far the easiest way to introduce others to the mechanics of the game.

Secondly, I like to use Retro Mode as a break from the norm. I’m still in a position where getting bat on ball in the main game is an achievement. I still haven’t mastered the art of pitching either, particularly when meters are involved. Retro Mode allows me to hit some home runs, throw some strikeouts and breeze through a game without requiring high levels of concentration.

It’s a mode that works on multiple levels. For players like me, it’s both a fun side attraction and a sales tool to easily introduce my friends to the series. To hardcore baseball fans, it’s a nostalgia trip they may or may not choose to embark on. Either way, it’s a win-win situation.

Are you new to MLB The Show this year? If not, can you remember your first impressions of the series? Let us know in the comments.

MLB The Show 17: Thoughts About the Game from a Newbie Across the Pond
MLB The Show Server Issues: Detailing the Saga So Far