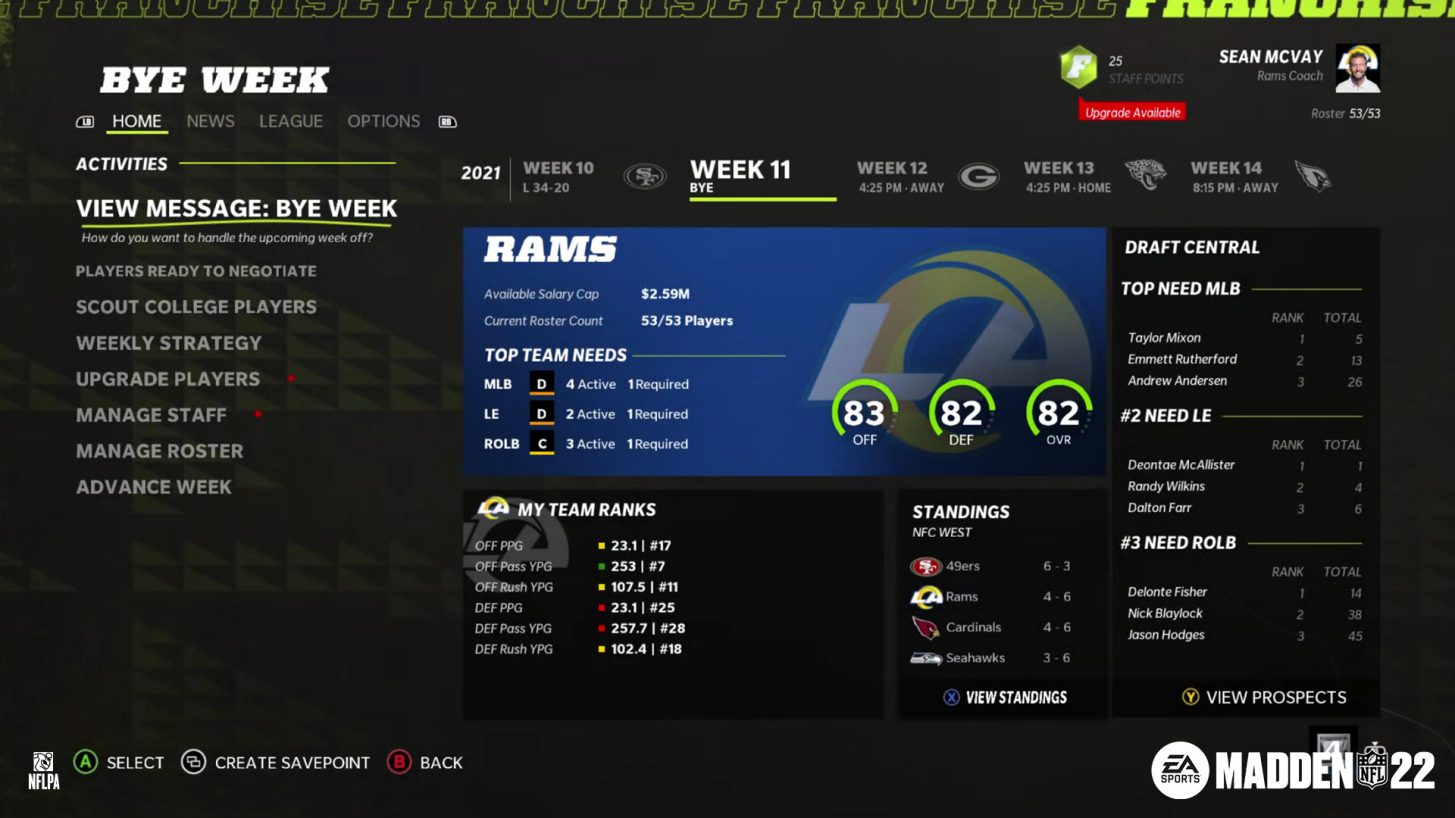 The new scouting feature will be released in September, through a live service update. Unfortunately, users will have to restart their franchise after the update.

Make sure to read the latest Madden NFL 22 franchise mode details in todays Gridiron Notes and let us know what you think.

Here’s the rest of the scheduled Madden NFL 22 events leading up to release.