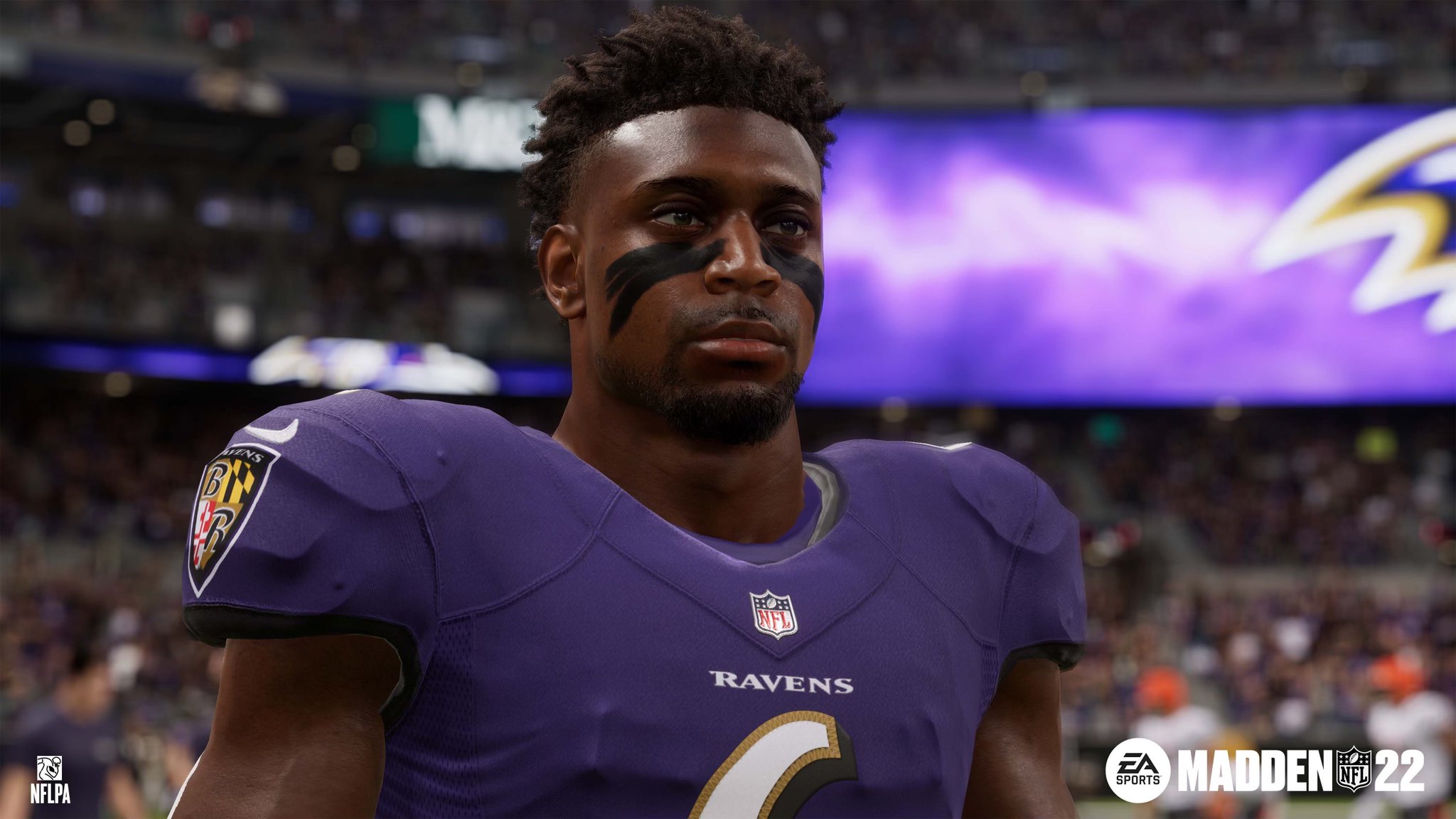 I have posted Matt10 slider sets many times before, but I have not yet posted a version the posse has been working on for Madden 22. With these Madden 22 sliders, they are currently on Version 9 and were last updated on November 7, so these are fresh.

With Madden 22 sliders this year, it’s interesting in general to see the wide range of opinions out there. Slider makes always have strong opinions in general (it comes with the territory), but this year it seems more nuanced because more folks believe in All-Madden as an option. In the past, many of the slider makers ended up settling on making All-Pro slider sets as the base, but more folks are believers in All-Madden this year. If anything, it seems like Pro is now the third banana in the conversations more than All-Madden.

The other tricky part this year (and as is the case most years with Madden), is that patches have significantly altered the experience at times, which makes tweaking sliders more necessary than it should be and also makes it harder to find a slider set to “lock” into for your franchise.

The nice thing with Matt10’s community set is that optionality does exist here to play on All-Pro or All-Madden with some tweaks between the two levels. In addition, Matt10 feels confident enough in these sliders to post them for both new-generation consoles and last-gen consoles.

If you want to contribute to the discourse surrounding the sliders, this article’s comments section links directly to the thread, and you can also just head to the thread here as well. With all that said, let’s get into the explanations from Matt10. 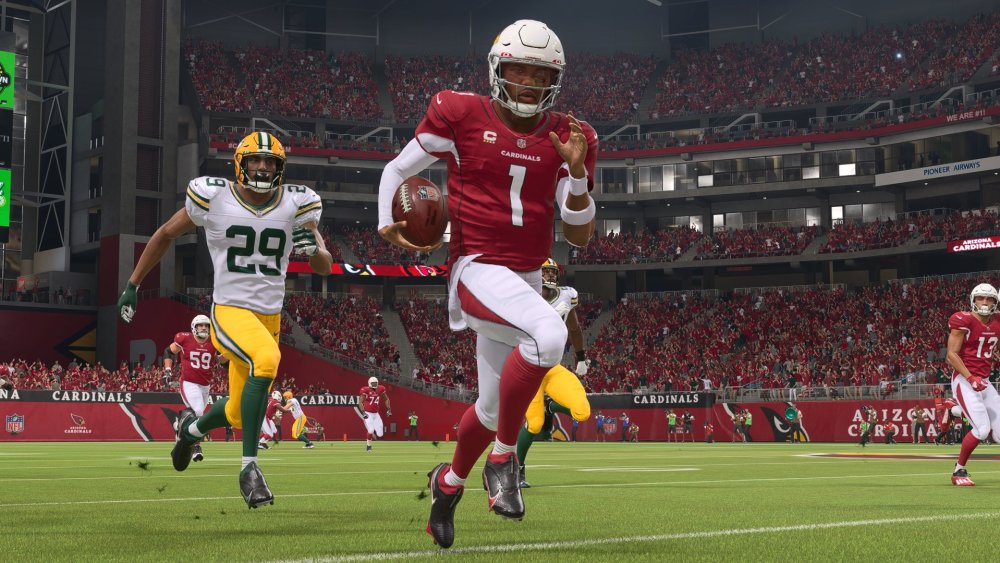 Background: The purpose of sliders is to either enhance the game or to fix its core issues. Each year when I spend time on a game, it’s one or the other. After more than a decade doing this, you would think I’d be burnt out, but working in tech and seeing the tech presented to us as gamers is just too amazing not to be inspired.

Focus of the Sliders: Madden 22 has a solid foundation. It has playability, difficulty, and incredible scale to modify. There are multiple slider enthusiasts on OS alone who have come up with theories, put in the hours, and have truly owned their research. My focus is to do what I mentioned above, take what I can from Madden 22, and improve the base. To be fair, the game does not need that much modification. It does have some cracks in the pass defense and some canned animations that are a bit of an eye-sore. Through the progression of this thread, I am sure I’ll obsess over each of them. As always, the sliders presented are a base of my findings, and by no means the “end all, be all” of things.

As mentioned, this the part where I start to get a bit more picky on some values because the slider set is in such a good place. However, I did see some areas of concern, such as poor pursuit angles, CPU catching everything in traffic and some return of poor tackling animations (bear hug –> barrel roll).

These modifications for Version 9 have allowed everything to return to a nice balance. The main culprit was the lower RTP from 20 and now all the way back to 35. It’s a sensitive value, and with the block-shedding improved, the RTP would just be too aggressive at low values like 20. At 35, it’s more of a read and react, but still enough room to put pressure on the QB. The CPU QB on the All-Madden set is altered too, where elite QBs find they have to focus on location, while lower quality QBs just want to keep plays alive or cut their losses — it just depends.

Overall, these last couple tweaks are right where I’m feeling the need to let it marinate, and won’t be updating for a bit. Enjoy! Summary: I’ve adjusted the quarter length for 10 minutes, from a previous 9 minutes. If I could have a 9.5 that’d be perfect, but even at 10 it’s pretty good, with plenty of plays – without feeling rushed. In addition, because penalties are now working (hooray!) the big plays have a chance of being canceled out, or big plays can happen as a result of the penalties.

*Note* I haven’t tested in coach mode or CPU v CPU. I honestly do not plan on it. I really enjoyed playing on straight default in these modes. I think the impact of user input plays a big role to what the CPU will do, which is why default on those modes may be best. I trust someone much more dedicated in those modes regardless though.

Summary: I wanted the fatigue back to get some more snaps for players, but I also needed to let some plays breathe a bit more – without modifying the gameplay sliders all that much. As a result, speed disparity scale gets bumped down from 75 to 72. This allows the penalty sliders and the tight coverage to do what they’re meant to, while giving both offensive and defensive time to react.

Summary: I do not believe the Progressive Fatigue is still working the way it should, so I still recommend these autosubs + adding the WR, especially after big gains they need a breather.

Summary: It was noticeable that the adjustments to RTP was a bit much. It was just a bit too aggressive, and the adjustments to the Offside/Holding/False Start was more than enough to get that good block shed. Saw some poor pursuit angles as well, even on 30, so instead of changing the Offside/False Start/Holding, I opted to raise the RTP to 35. It’s done exactly what I wanted to help with those angles both on the ground and in the air as it’s focused on getting more read & react versus instant aggression. Facemask adjusted a bit lower to help with some tackling animations that were an issue an update or so ago, in particular the act of a linebacker/lineman bear-hugging the ball carrier and slamming them backwards. Contextually makes sense if the player is stopped due to bodies in the way, but not when it should be a tackle from behind with momentum.

Summary: With the findings on Version 8, and the adjustments to fatigue/threshold of Version 9, I had more time to see how a lower WR Catch for the CPU played out. What I liked was that the 50/50 balls are more true to that value rather than the CPU having a bit of an advantage.

Tweaked the Pass Coverage concept of getting a bit tighter. It’s not as tight as 5 was, but 10/20 respectively (from 35/30) should do just fine. Notice I even gave the user a bit more tighter compared to the CPU to help them a bit more on top of the receiver. This is mainly because I want them focused on their assignment, and with the newest update allowing better zone coverage that meant the defenders would start to wander a bit earlier rather than stick to their assignments. By lowering the PCV, they’re focused and they are not going to get distracted as early, giving enough time — and momentum — to make a play. From a man coverage perspective, they have been able to stay on the receivers, but the timing where the QB sets it up perfectly and leaves the defender in the dust is not as effective because the QBA value has been lowered in the All-Madden set to 25 (from 28).

Summary: The fatigue and penalties adjustments actually help solidify the All-Pro set overall. The lowering of the User RBL is simply to keep some of those sticky OL to have their blocks shed just a bit earlier – and that should happen more with the Offensive Holding penalty raised.

As always, I have to give love to Matt10 and the posse for the collaborative and supportive environment in his threads. Feel free to give constructive and useful feedback in the thread, or you can just head on over to say how much you’re enjoying the sliders (assuming you end up using them and liking them).