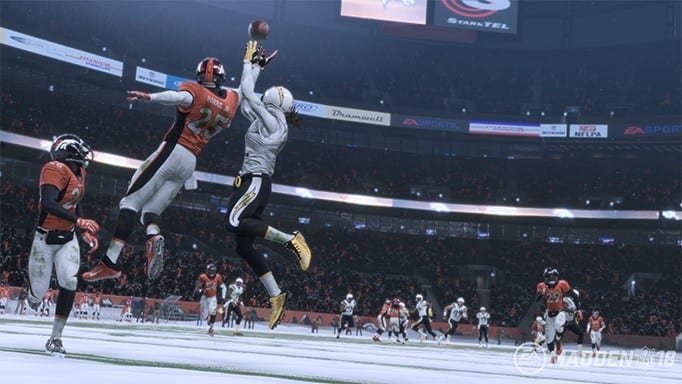 Perhaps the most controversial segment of every Madden release cycle is the release of player ratings, as it leads to an uproar in discussion over who the most underrated and overrated players in the game are. This year has been no different, which makes a lot of sense when you start to take a closer look at some of the ratings and where players rank. Let’s take a look at some of this years’ worst offenders:

Go big or go home, right? Aaron Donald has put together an incredible start to his NFL career, totaling 28 sacks over three seasons. There’s more to being a defensive lineman than just your sack total, but for a guy who didn’t rank inside the top 20 in total sacks in 2016 at a position where that’s probably the most important counting stat, being the highest-rated player at the position seems off. Donald is a great player, but he almost certainly isn’t the best lineman in the NFL.

Okay, so it’s a lot easier to make big plays when Ndamukong Suh is clogging up the middle right next to you. Still, Cameron Wake put together a ridiculous 11.5 sacks last year and forced five fumbles. Compared to Aaron Donald, Wake’s ratings seem like a drastic undersell.

Just on name alone, it almost feels weird calling Rivers overrated at a meager 84 overall. Unfortunately, Rivers was close to a career low last year with 21 interceptions and 60 percent completion rate. The worst part of it was that he lead the Chargers to a sour 5-11 record, which was their worst in years. There’s little doubt to me that, as it stands, Rivers is the most overrated QB on the Madden 18 roster.

Yes, if we’re going to be talking about down years, it deserves mention that Newton had what was almost certainly his worst in 2016. He suffered a dismal 53 percent completion percentage and had fewer rushing yards than ever before. So what’s the case for Newton being underrated? For starters, he was surrounded by one of the worst offensive units in football. With a fully recovered Kelvin Benjamin (though how he plays is up for debate) this year and a playmaker in Christian McCaffrey, look for Newton to put his 88 overall rating to shame.

When are we going to learn that you could pair Tom Brady with anything and the Patriots would still be successful? Injuries, in large part, marred 2016 for Gronkowski. With only eight games played and 25 catches to his name, his usage was way down even when he was playing. This isn’t an example of Gronkowski being a bad player (something that he certainly is not), just one that he’s no longer the top guy at his position. At a 98 overall, Gronkowski would have to prove to be the best player at his position in 2017 to validate the rating.

With a much worse quarterback and scheme, Reed totaled 45 receptions over just nine games. In comparison to Gronkowski, that’s nearly double the production, and we’re looking at a much lower rating for Reed. No, he hasn’t proven that he can stay healthy for an entire season. But for a former QB, Reed is in just his third season at tight end. If Cousins can have a strong year, Reed might prove to be the best TE in the NFL.

Murray had a bit of a bounce-back year in 2016, eclipsing the 1,000 yard mark for the third time in his career. All the same, he should be splitting time with the burly Derrick Henry and seeing a diminished role in the offense this year. This isn’t to say that he can’t still be a workhorse, but even in a surprisingly efficient Titans offense, he only managed a tick under four-and-a-half yards per carry last year.

Someone has to say it: Lynch was one of the best halfbacks in the league since 2010 before his sudden retirement. After a minor stint in 2015 where he was largely unsuccessful, it might prove that he is past his prime and can’t be the same kind of power that we’ve come to know. In all honesty, this rating is likely to be off one way or the other. Lynch will either prove to be an effective back one last time in his career, or he will be buried on the depth chart for younger talent.

Who do you have as overrated and underrated in the ratings we’ve seen from Madden NFL 18 thus far?