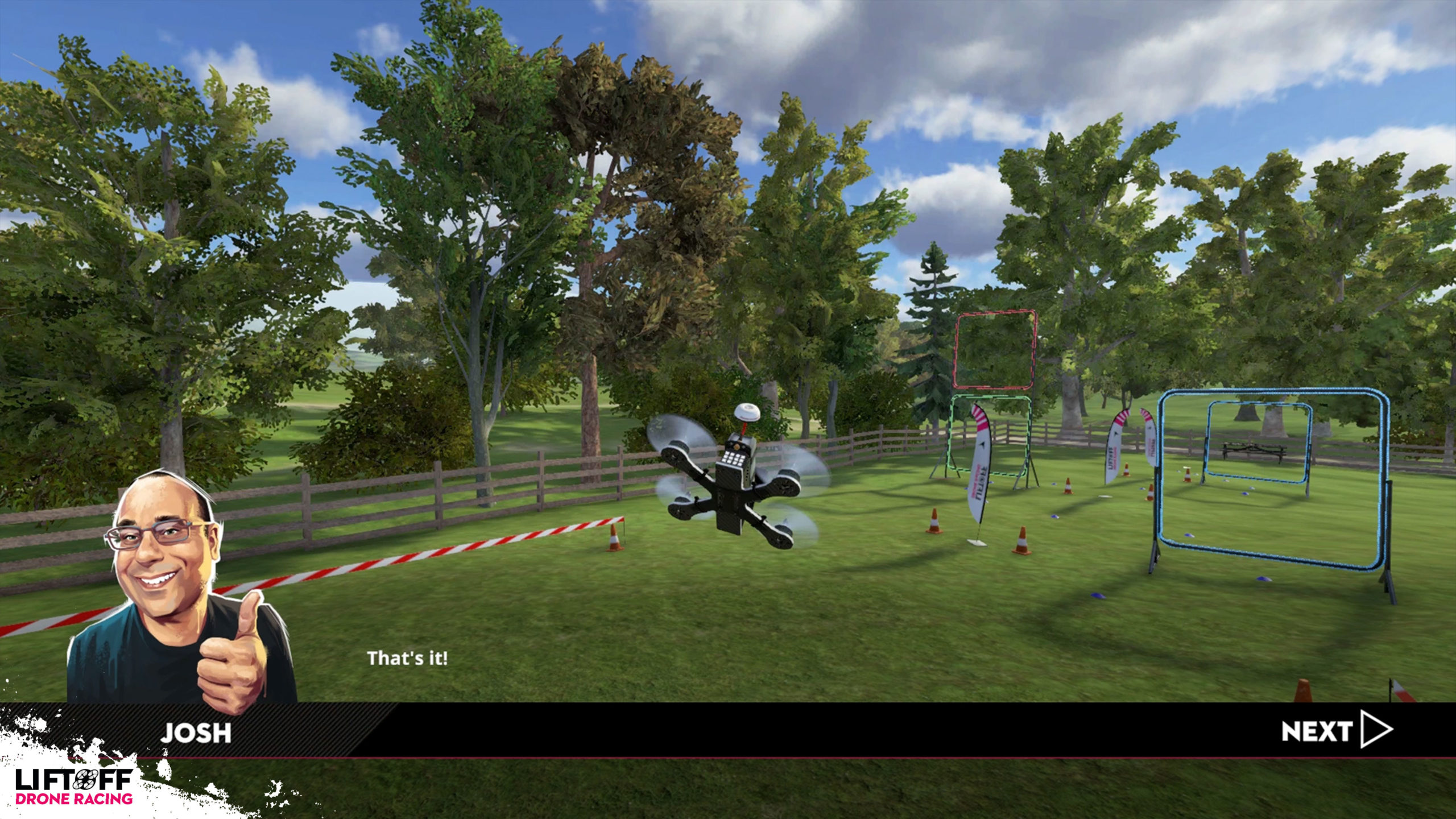 The mode for the upcoming drone simulation gives players the opportunity to discover the ropes of drone flying but also guides them through the exciting history of drone racing.

Exclusively developed for the console version, Liftoff: Drone Racing offers a campaign mode, which starts back in 2015, at the very beginning of the young fascination of drone racing and offers players iconic moments of the FPV drone racing history, like Paris or Hanover. Make yourself a name with small races and begin to climb the leaderboard challenge by challenge to get your chance in the big races.

For one thing skill is necessary for keeping up with the competitors, but it is also just as important to prepare your drone. While progressing in the campaign, players unlock more and more drone parts, with which they can improve their drone. As an FPV drone pilot the players must keep a clear head even in fast-paced and thrilling races – If they are victorious, talented pilots can make it to the top and become successful racers. A lot of skill and the right drone tuning will pave their way to the virtual championship.

But the journey of every drone racing enthusiast willing to strive for a thrilling adrenaline rush in Liftoff: Drone Racing begins in one of the most famous backyard of drone racing. Flying a drone is not as easy as it may appear. Hence it is mandatory to first learn some basics. Within the tutorial of Liftoff: Drone Racing the players learneverything important about flying a drone safely and not getting caught in the first tree. With time passing by, the difficulty level of the challenges increases step by step until the ambitious pilots are ready to lift off for their first serious FPV drone race. Experienced drone pilots have the opportunity to skip the tutorial and dive directly into the competitions.

Liftoff: Drone Racing aims to offer a unique and rewarding game experience to all players. That is why all players have the option of activating Assisted Flight mode, which helps stabilize the drones and guarantees newcomers an easy entry to experience fun and action-packed drone races without frustration.

By completing the tutorial and the campaign, players thereby will become more confident when dealing with their drones. After some practice, patient players will easily be able to fly several tracks on the various maps without further help. To have a more realistic gameplay experience skilled FPV-Pilots can adjust the controls at any time. Next to the campaign, Liftoff: Drone Racing offers further exciting game modes, for example single player races, a freestyle mode, and a free flight mode, where players can explore the different maps completely at their own leisure. A multiplayer mode will also be introduced into the new drone simulation, more information on that will be released at a later date.