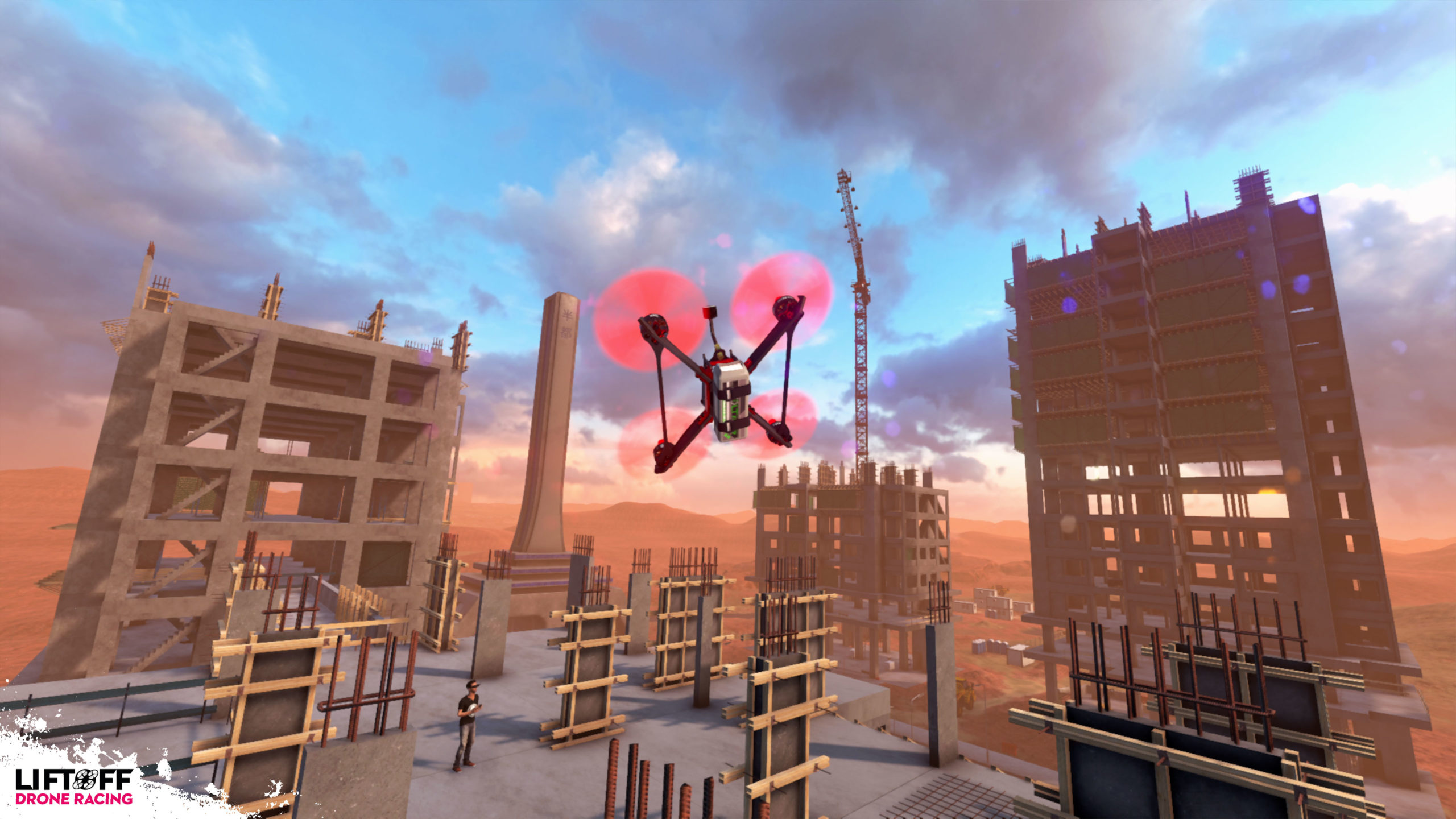 Liftoff: Drone Racing is scheduled to release on November 10 for PlayStation 4 and Xbox One. In addition to its single player campaign, the fast-paced drone racing simulation comes with a challenging multiplayer mode, in which up to six players get to compete in different game modes.

In three different modes players will compete against each other and get the maximum performance out of their respective drones. The classic races for example are all about reaching the finishing line as the first pilot. Whether in a forest, on a construction site or in an underground car park, on 12 unique maps with five different tracks each, every race is a brand-new challenge.

Just as action packed as the classic race is the Infinite race. Pilots do not compete directly against each other in these types of races but fight for the best lap time individually in order to be victorious in the end. An integrated leader board allows you to compare your lap times with other pilots around the world.

Not only races can be played together with other players. In Freestyle mode, up to six players can test the limits of the drones. Daring tricks and manoeuvres can be flown in this mode without any time pressure.