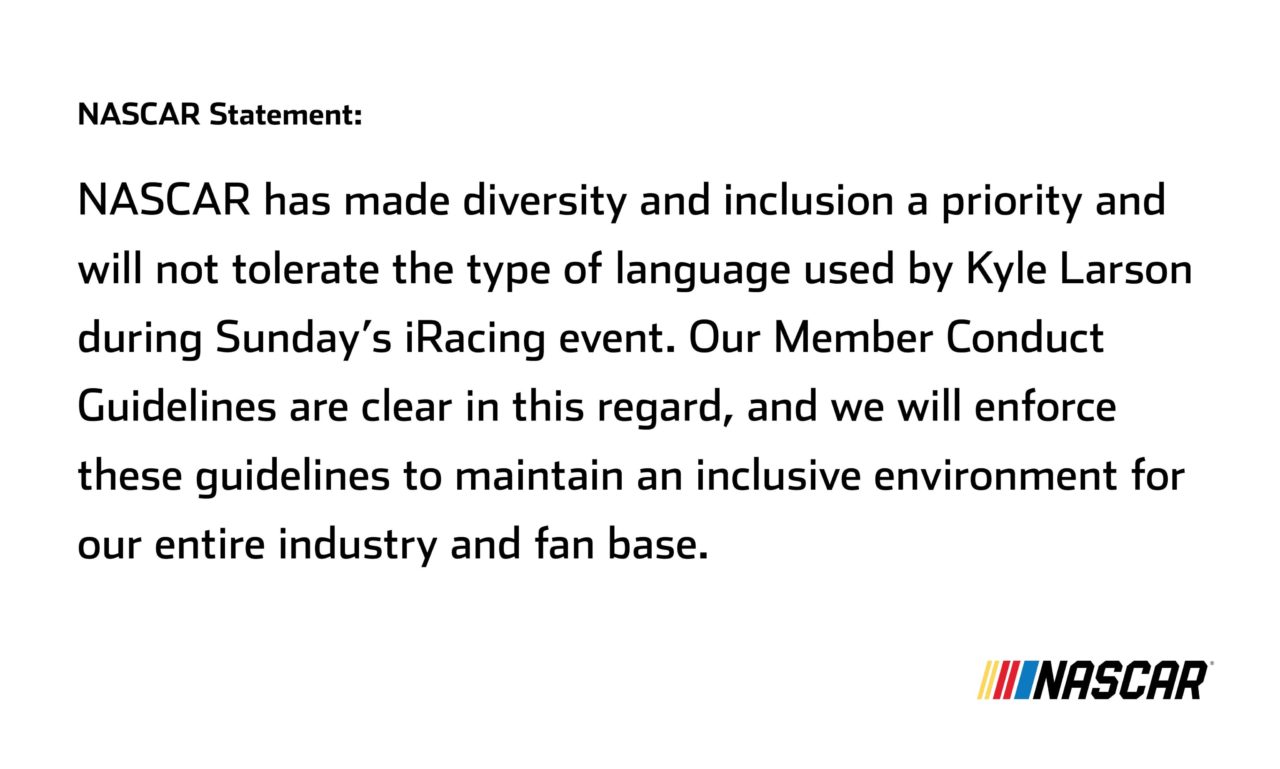 Last week, Bubba Wallace quit an iRacing event, which was poor sportsmanship but not a huge deal. This past weekend Kyle Larson did something far more egregious, using racist language during a live broadcast on Sunday night. In the video, Larson seems to think he’s on his own private channel and is having trouble hearing somebody. However, he was instead on a driver chat being streamed by other people, and that’s when he says the N-word.

You can see the video evidence below.

This morning, NASCAR responded to this offense by suspending Kyle Larson indefinitely without pay.

Larson issued his own statement today on social media.

There have been plenty of positive stories in terms of real sports leagues crossing over into video games in recent weeks, but this is certainly a low point in that crossover.