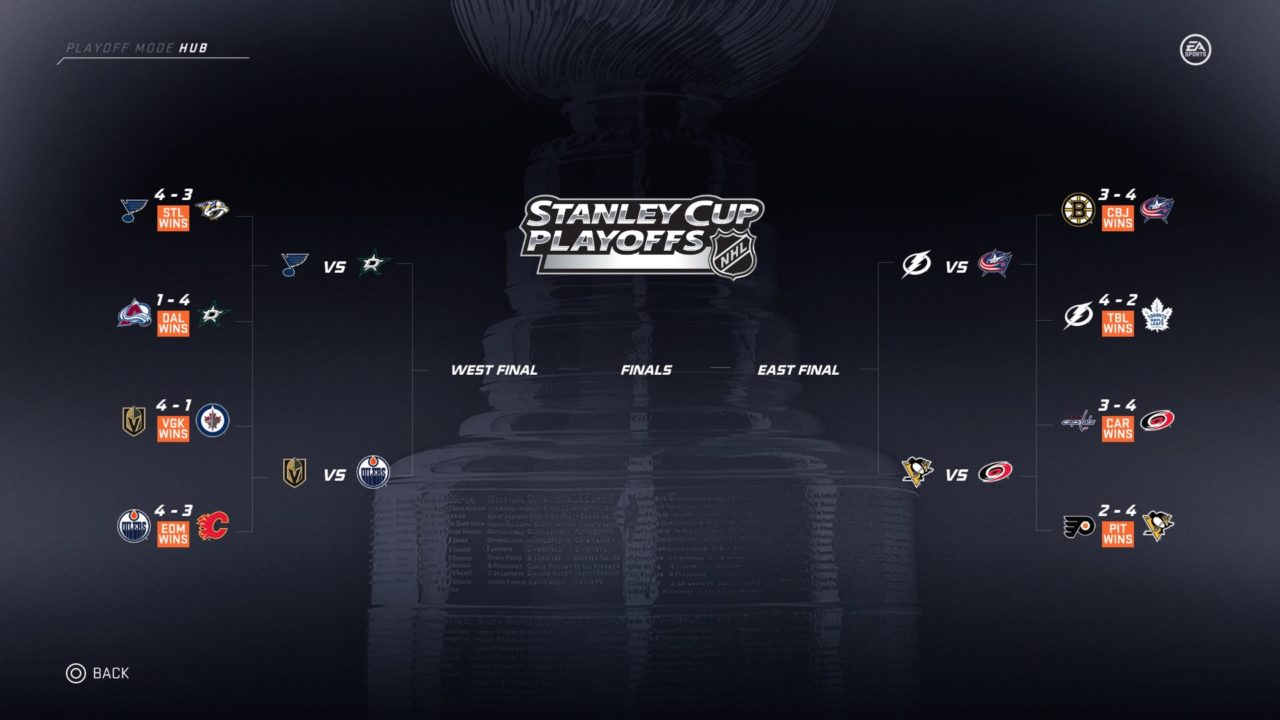 Our simulation will play out round by round over the next few weeks. To check out our results from the first round, check them out them here. Let’s take a look at how NHL 20 sees the action from round two playing out. 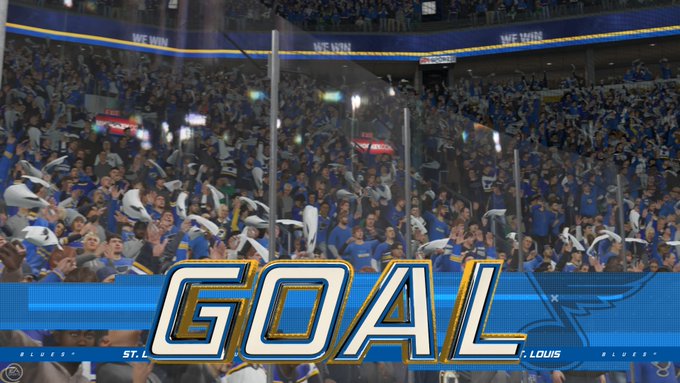 For the second consecutive series, the St. Louis Blues faced elimination. Trailing three games to two heading into Game 6, the Blues yet again managed to force a Game 7. Furthermore, this round’s Game 7 was almost identical to the last one as St. Louis Blues goaltender Jordan Binnington lead the way. Binnington turned aside all 24 shots that were thrown his way for a second straight Game 7 shutout. The locked-in Blues netminder posted three shutouts — stopping all 33 shots in Game 4, all 19 shots in Game 6 and all 24 shots in Game 7 — in the final four games of the series.

On the offensive side of things, St. Louis Blues defenseman and captain Alex Pietrangelo stepped up and scored the series-winning goal in overtime, sending the Blues to the Conference Finals for the second consecutive season. St. Louis forward Ryan O’Reilly continued his strong play from the first round, chipping in another four goals and four assists against the Stars. Blues winger Oskar Sundqvist contributed with a clutch performance in Game 6 by scoring two goals — one of which ended up being the game winner.

For the Dallas Stars, depth veteran winger Blake Comeau had a big series. He potted OT goals in both Game 2 and Game 3, as well as scoring a pivotal goal in Game 5. Forwards Tyler Seguin and Roope Hintz, as well as defenseman John Klingberg, all recorded two goals in the series. Unfortunately for the Stars, captain Jamie Benn’s performance was an uneventful one. Benn had just two assists in seven games. 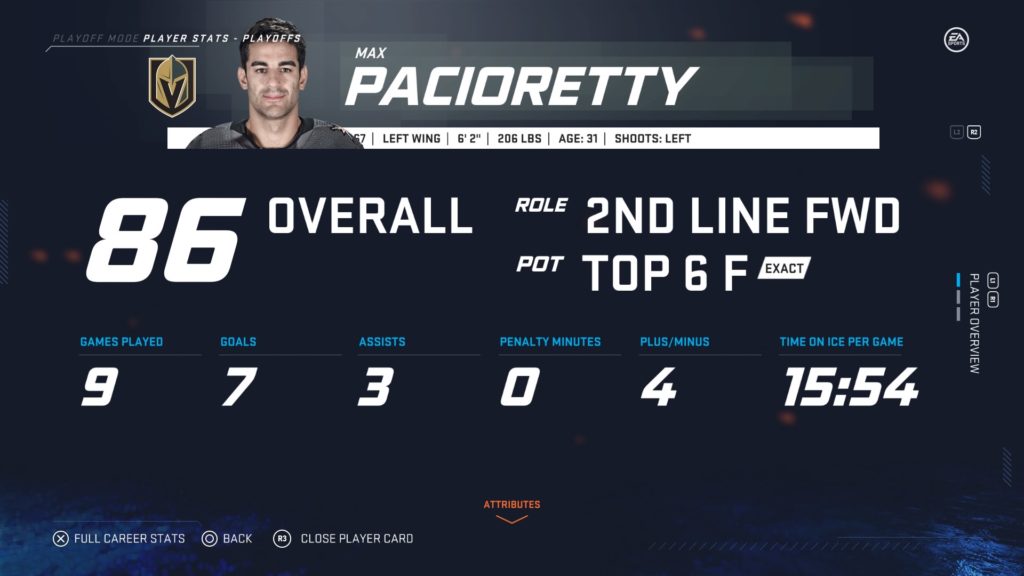 Wow! The Las Vegas Golden Knights didn’t waste any time eliminating and sweeping the Edmonton Oilers, again becoming the first team to advance to the next round. Once again the Golden Knights winger Max Pacioretty scored the series-clinching goal in overtime. Pacioretty also contributed a goal and an assist in Game 2. However, this series for the Golden Knights was lead by the first-line trio of Marchessault, Stastny, and Smith. The three forwards combined for half (6) of the team’s goals (12) in the four-game series. Goaltender Marc-Andre Fleury set the tone for the series in Game 1 by stopping all 21 shots he faced.

For Edmonton, the Oilers played a pretty solid series overall as every game was decided by only one goal. Perhaps a bounce or two Edmonton’s way and the results would have been flipped. Despite his fourth-line status, James Neal potted two goals while winger Tyler Ennis — benefits of playing with Leon Draisaitl — potted three goals of his own, including a two-goal performance in Game 3. Face of the franchise, Connor McDavid, recorded a point in every game except Game 1. 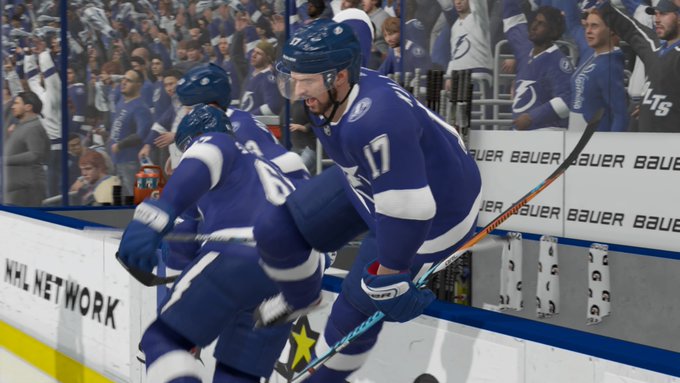 Offensive wizard Nikita Kucherov scored the game-winning goal in overtime in Game 2 and also scored the series-clinching goal in Game 5. Outside of top-line dynamo Kucherov, the Lightning received offensive contributions from all three of the other lines throughout the series. Fourth-line center Cedric Paquette recorded a multi-goal game in Game 4. Third-line center Tyler Johnson scored the game winner in Game 4. In Game 2, second liners Ondrej Palat and Blake Coleman each netted a goal.

Tampa Bay Lightning goaltender Andrei Vasilevskiy recorded his first shutout of the postseason in Game 4, stopping all 22 shots he faced. For the series, Vasilevskiy averaged just 1.8 goals against per game. 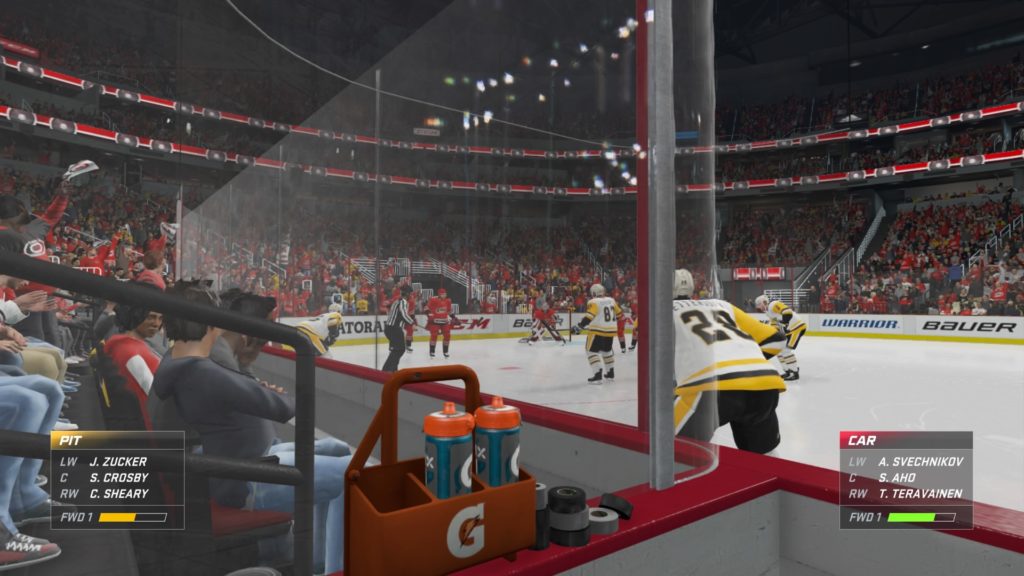 Coming off of a seven-game series, the Hurricanes made quick work of Sidney Crosby and the Pittsburgh Penguins by sweeping them in four games. The Hurricanes averaged a winning margin of more than three goals (3.25) per game. Forwards Sebastian Aho and Andrei Svechnikov both lit the lamp three times in the four-game series, while Justin Williams and Brock McGinn each lit the lamp twice. Additionally, seven other Hurricanes recorded one goal in the sweep. Nino Niederreiter ended up scoring the series-clinching goal in the first period of Game 4.

For the Penguins, they just couldn’t get anything past Mrazek outside of Game 3. Pittsburgh winger Bryan Rust led all Penguins in points with a pair of goals in Game 3, one of which was shorthanded. The only two other skaters to light the lamp for the Penguins were Sidney Crosby in Game 1 and fourth-liner Brandon Tanev in Game 3.

Keep an eye out next week for the results from the Conference Finals. If the playoffs had already started, what would your predictions of round two look like? Let us know in the comments.