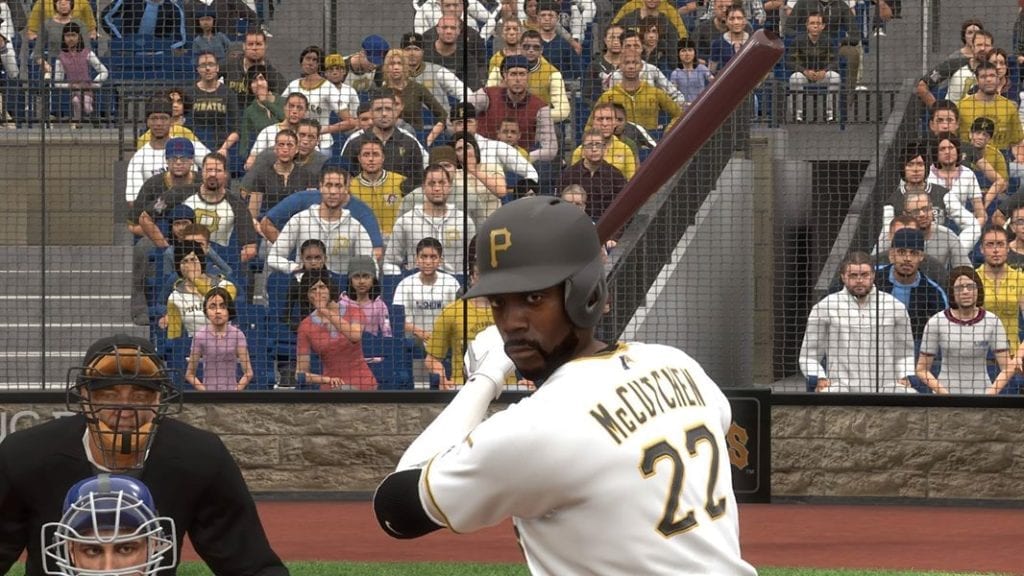 Now less than a month away, the MLB trade deadline is one of the most exciting periods in baseball. Some teams scramble to fill gaps in their potential playoff rosters, while others parlay their best trade assets for future prospects. Depending on whether a team has a shot at playoff contention or not, you’ll see “buyers” who are looking to part ways with their big-time prospects for well-established veterans, or “sellers” who are looking to do the opposite. It’s a fun dynamic that isn’t replicated as well in any other sport. With that being said, let’s look at some potentially earth-shattering trades that may hit your MLB: The Show rosters before the deadline.

This one may be a little difficult for the Tigers, as there aren’t a whole lot of potential trade partners for a power-hitting left fielder like Martinez. The market still has some time to expand, but among sure-fire contenders, the Diamondbacks might be most clearly in need of an additional outfielder. The Diamondbacks don’t have the strongest farm system in the world, but they have enough at the top to make things work. They could also deal one of their many talented and young pitchers, including Taijuan Walker.

When healthy, Cesar Hernandez has been one of the most effective second basemen in baseball. Pat Neshek has proven to be one of those oh-so-valuable relief arms that is almost unhittable in small doses. The Royals won a World Series just two years ago on the backs of a strong bullpen and versatile players like Hernandez. The Phillies could get a nice return, especially if they pair their two most valuable veterans. I would look for them to get a near-ready pitching arm from the Royals, who have just enough to give.

The Brewers are killing it with a loaded roster of power hitters and pitchers, but their bullpen isn’t as solidified as it could be. With the White Sox being impressively bad this season with a pretty talented roster, they could look to get an MLB ready talent in return for their top bullpen commodity. The Brewers have a surprisingly stocked farm system, so you could see a high-profile pick like Corey Ray being dealt.

Okay, so this one isn’t likely to happen. But if you really dig into it, it makes some sense for both teams. The Pirates are really struggling, despite a solid lineup. They are far enough out of contention that we could see them add to their already above-average farm system, especially without any big names like McCutchen out on the market. The Twins would have to part ways with Buxton, just recently one of the top prospects and baseball and having moderate success in the majors, but they are in contention just a year after a 100 loss season. In all likelihood, they’ll make a splash.

We could see the Indians throw in the towel for Jason Kipnis, who has had a miserable year after being one of the most consistent players in baseball. Instead, it seems likely that they will play things a little lukewarm and go after someone like the versatile Panik, while still giving Kipnis a chance to get at bats. The Giants won’t get much in return, but there is no point in holding on to anyone but Posey, as it seems clear they may be in need of reworking their entire roster. The Rangers sit a whopping 17 games behind the Astros, so trading in their own division shouldn’t be a major hiccup. The Rangers will likely be reluctant to move Darvish, however, as they plan on contending next year. Unfortunately, Darvish’s contract is up at the end of the year and the Rangers may need to recoup what they can from his remaining value. The Astros would need to pay up big, but this seems like something that could benefit both teams beyond this season.

The Tigers could be big sellers this year, and they aren’t going to just want to dip their feet in the water; they’re going to want to dive right in. The Yankees have a real shot to compete in an epic pennant race with the Red Sox this fall, and they’re doing so with some of the worst production in the major leagues at first base. So why not go big? Cabrera very well may be past his prime, but he’s still whacking a solid .800 OPS, and the shorter Yankee Stadium could do wonders for him. Montgomery would be a big prize for the Tigers, who need to fortify their staff in the coming years.

It seems likely that the Marlins are going to reboot their entire franchise very soon. They have a frighteningly terrible farm system with one of the worst teams in the major leagues. Stanton has been rumored to go everywhere from the Phillies to the Cubs. He would need to approve a trade, so it’s likely it would have to be a large market. Someone like the Phillies, who have one of the best systems in baseball, might have the prospects to nail down someone like Stanton, assuming he would agree to being part of yet another rebuild. The Cubs might make more sense, as their outfield is lacking a big bat. No matter who it is, the team will need to pay up big. The Marlins may be content with several high-ceiling guys rather than anything MLB ready since they are so far away.

Other Potential Players On The Trade Block: