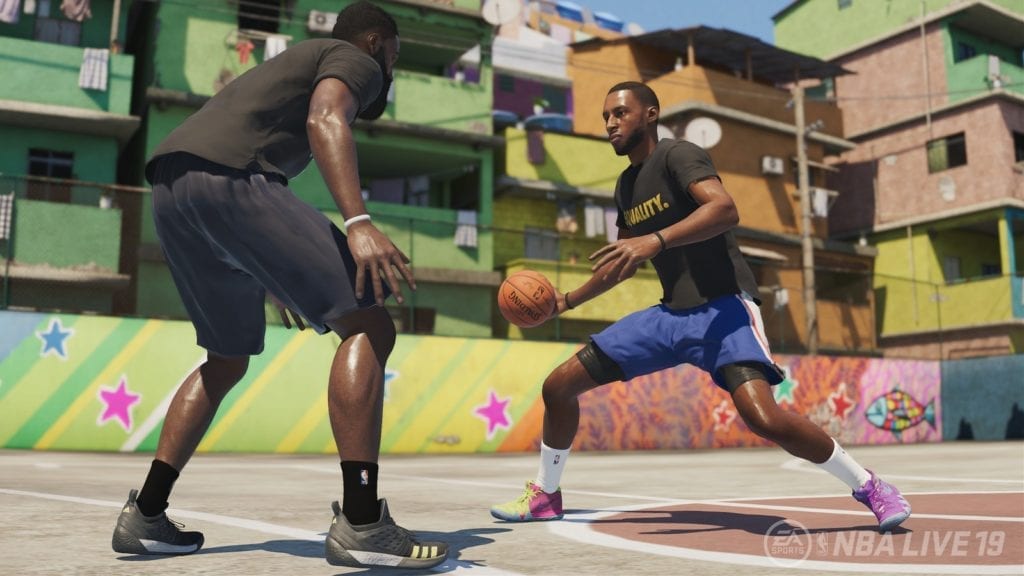 When the current generation of consoles released at the end of 2013, most of us were focused on what the sports titles would bring on these new powerful consoles. NBA Live 14 released with the the new hardware and people were blown away. And by blown away, I mean couldn’t believe how bad the game was. Not only did the graphics not represent what a brand new ultra powerful system could do, but the gameplay was as atrocious as well. Once again, it looked like NBA Live’s comeback was dead on arrival.

Many long-time NBA Live fans were looking forward to the day that the series could compete with NBA 2K. Unfortunately, they would have to wait a long time.

Fast forward to NBA Live 15 and 16. Those games were a marked improvement over ’14, but the problem was that these games were still a long way off from being a legitimate threat to the NBA 2K juggernaut. NBA Live 15 and 16 improved immensely in the graphical department compared to NBA Live 14, but the gameplay was still lacking. But these games looked more like what a next-gen game should look like at the time. But judging by sales, EA knew time was running out for the series if there wasn’t a drastic overhaul. Because of this, EA decided to take a year off from NBA Live and pour more resources into the games development for NBA Live 18 .

At this point, most people had come to the realization that the series was dead. And this was certainly a legitimate feeling for gamers to have considering this wasn’t the first time NBA Live was rebooted. But something happened that no one expected. NBA Live 18 was released on September 15, 2017, and when the few NBA Live die hards got their hands on the game they soon realized that the game was, well, pretty good.

Not only did EA improve the gameplay to the best it’s been since the Xbox and PS2 days, it added a game mode called “The One” to the experience. EA took a risk and shot for a different demographic with a new game mode and hit the shot at the buzzer. “The One” let you create your own player and take him through the exciting world of street ball and licensed NBA offseason leagues to build your character towards the ultimate goal of having your own NBA career. EA took a risk. They realized that at this point in the series they would never match NBA 2K’s excellence of on-court basketball along with its deep franchise and GM modes, and instead decided to attempt to carve out a new niche with a certain group of fans with its new “The One” mode.

People bought in immediately. The mode became super popular, but also the game itself became much better in the gameplay department. These two things led to major gaming websites giving NBA Live 18 the best reviews it had seen in a generation. NBA Live was back. 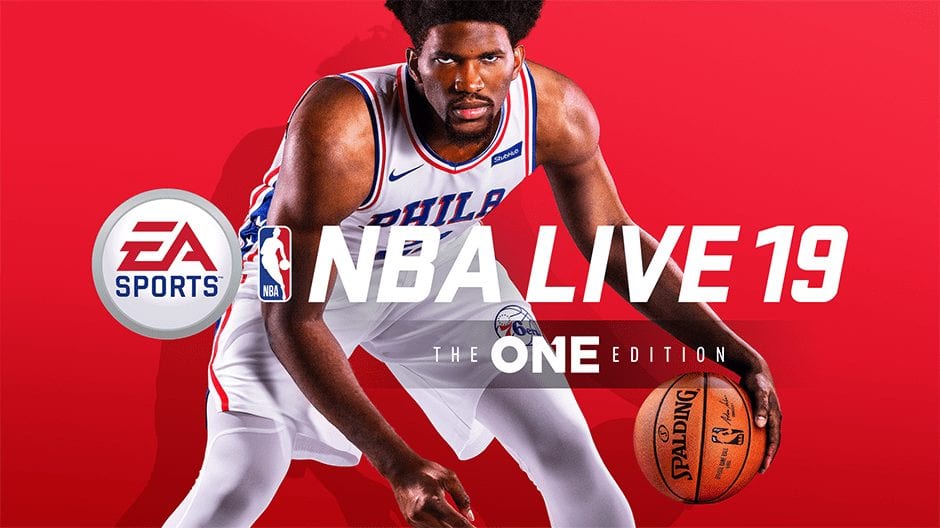 The Gamble Pays Off

In what was probably a last ditch effort for EA, the gamble paid off off, and old and new players were picking up the game. But despite the series’ resurrection, the sales numbers still weren’t where EA wanted them to be. This, however, was something EA knew it could change by building on the game’s core and expanding “The One” mode. While sales will most likely never surpass NBA 2K’s mammoth figures, EA was successful in carving out a niche for new, old and jaded fans. Even a steady, but smaller, fan base purchasing Live would help the position of the game in the competitive sports gaming marketplace.

Coming off the buzz of NBA Live 18, high expectations were put on NBA Live 19. Not only for “The One” mode, but also a deep franchise mode. Many jaded 2K fans only wanted a deep franchise experience to make them jump ship from 2K’s polarizing microtransaction maze. Unfortunately, EA decided to put minimal effort into the franchise mode once again. It’s understandable that EA would focus on the most popular new mode, but many basketball fans were just waiting to jump back into NBA Live, and the company missed the boat. While “The One” mode was made better and is still a very attractive selling point for many gamers, you can’t help but wonder how many sales the game lost by making minimal improvements to franchise mode. And what’s even more surprising, Live didn’t really do much to improve the Live Ultimate Team mode. Obviously, we all know the card-collecting modes in sports games print money. But resources must have been scarce in that department. But one has to think this mode will get more attention going forward as EA already knows how profitable its Ultimate Team modes are across the board.

However, the good news (short term) was that EA added player editing within franchise mode with a title update, which many fans of the series said was enough for them to jump back in — for now.

More improvements to NBA Live 19 have further cemented the series as another step up this year. The addition of Real Player Motion has added a much better momentum-based movement system, and improvements to the AI have made the gameplay more realistic.

Overall, the series continues to trend in a positive direction with review scores either maintaining last year’s marks, or even jumping up a few percentage points. Right now, it looks like NBA Live is indeed back. And let’s hope, now that “The One” mode has gotten it back to being a contender, EA decides to put more resources into franchise mode.

People want to buy the game, give them the content they want — and deserve — and more sales will come. As it stands now, the game could be considered a viable option to replace NBA 2K for those who have grown tired of the game. However, I think that EA has a ways to go to truly be NBA 2K’s equal. But for now, EA seems to be closing the gap each year.

Discussion
Click here to reply to the discussion
Continue Reading
You may also like...
Related Topics:basketball, comeback, nba, NBA 2K, NBA live, spotlight, The One