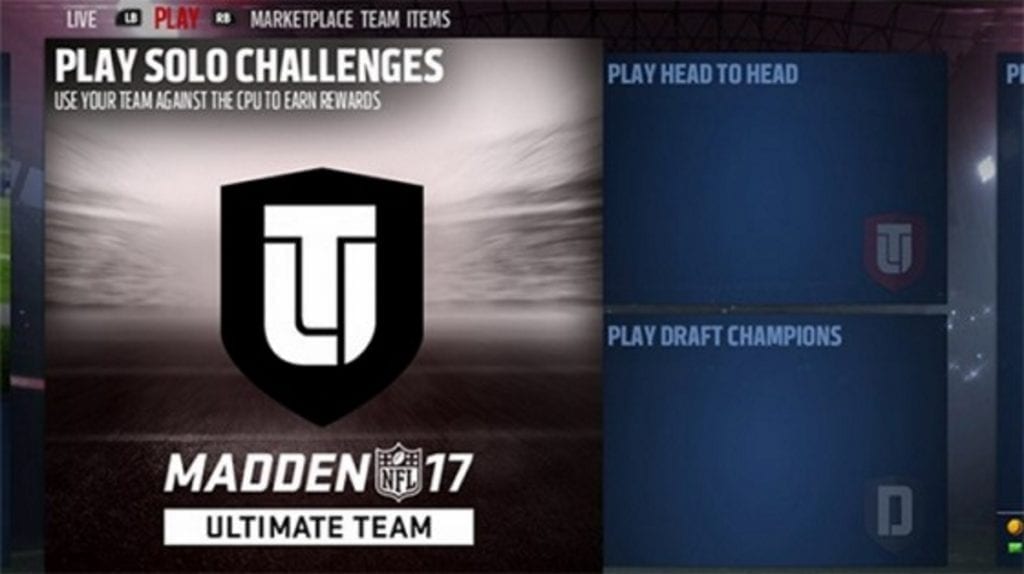 Draft Champions was a breath of fresh air in Madden 16.

It was an entirely different way to play the game. Last year, I called it the best mode in the game, and it was the mode to play well after the season ended.

But now almost two months into Madden 17, and almost halfway through the NFL season, Draft Champions seems to have lost an edge in popularity, at least for me.

The mode has not taken a dive, at least from the efforts EA Sports has put into the mode. There’s the Tuesday Night Draft Champions event every week, where you have the opportunity to win badges for your ultimate team. There’s also the level of unpredictability each time you draft, hoping for legends in multiple rounds.

Draft Champions can be fun, but the excitement from last year has certainly cooled down for me.

I’m not saying this goes for everyone. Based off last year alone, I’m sure Draft Champions still has a strong crowd, with the bulk of that support stemming from the Ultimate Team fans. (Also, a side note: EA Sports has done a great job tailoring the commentary of Brandon Gaudin and Charles Davis to each specific mode. That is absolutely brilliant.)

But even with that, I’ve hardly touched Draft Champions this year. The hype put into Connected Franchise is being met. While the intricacies of CFM are the same as in past years, there’s something refreshing about franchise that makes it more enjoyable than before. Maybe it’s the fact that I don’t have to hear Jim Nantz and Phil Simms every game, but franchise mode has never been this exciting. It’s even fun to win playoff games with fake field goals.

Ultimate Team has also had its moments of fun this year. While that sounds like a bass-ackwards way of downplaying Draft Champions, building the team the old fashioned way has been fun. Even online ranked matches are solid. I could spend all day playing with Dak Prescott and Ezekiel Elliott, until Tony Romo returns and leads the Dallas Cowboys to a Super Bowl — duh.

But maybe I’m wrong about Draft Champions. For those who play Draft Champions, what do you think about it this year? Is it more of the same? Has it been tweaked enough to make it a tad more fun? So far, I’m not feeling it. Convince me otherwise, if possible. I could use an excuse to get back into it.