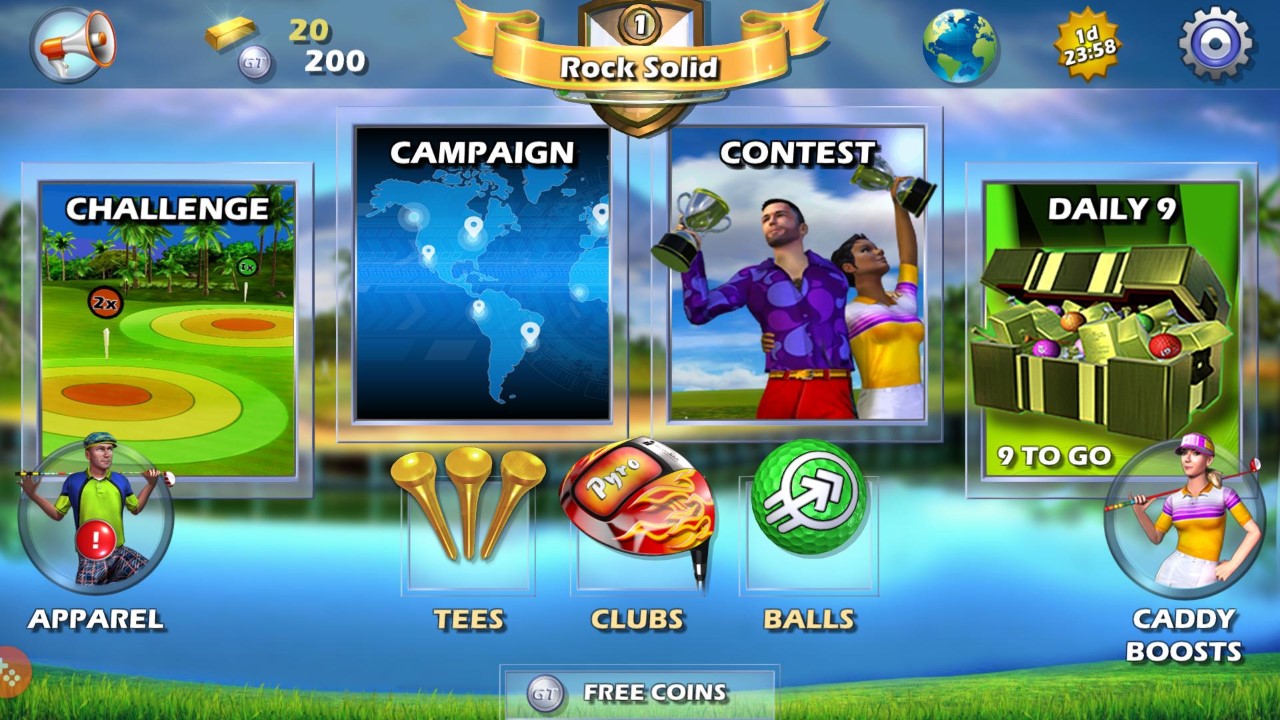 Qualifying for the 2020 Golden Tee Mobile World Championship is officially underway on Apple and Android devices. The free-to-play golf game, which debuted on iOS and Google Play stores in the fall, features a Campaign mode, Contests and Head-to-Head play.

We reviewed Golden Tee Golf Mobile, back in November. You can read it here.

Golden Tee Golf Mobile is a fun golf game. Straight off the install, the game delivers as a solid recreation of a game many people fell in love with many years ago. There are a variety of courses to play and each provides its own distinct flavor. The option to engage in several game modes, ranging from quick play options to multiplayer, is a smart setup. If you played Golden Tee in the past, I don’t believe you will be disappointed by the mobile version. Get to your phone now and tee it up.

The debut of the World Championship Qualifier, an all-new, unique gameplay format, will be featured across eight separate events. The eight players who ultimately qualify will then have the chance to compete for more than $15,000 in front of a live audience at The Orleans Hotel and Casino in Las Vegas.

“Competition is at the heart of the Golden Tee franchise, and we are thrilled to carry this forward with our mobile version,” said Golden Tee Mobile project manager John Noble. “We’re also excited to introduce a completely new way to play that has zero cost to enter.”

Qualifying will take place between March 16 and May 14, and it will be broken up into eight events that will span across two weeks each.

As part of each qualifier, players will compete in a variety of formats. The first will take a player’s best 20-game average score for a given week and rank it against players around the globe. The eight players with the best average score will then faceoff in single-elimination bracket.

Each match will be captured and revealed across Golden Tee’s various social platforms. The sequence will then be repeated across eight weeks, giving players eight chances to make the final field.

Full details of the Golden Tee World Championship Qualifying can be found at Goldentee.com.

“We believe the lead up to our Las Vegas event will capture both the excitement of Golden Tee and spirit of head-to-head play,” Andy Kuhlman, Incredible Technologies’ director of esports said. “After less than six months of existence, we’re thrilled to be running an event this significant.”

The Orleans Hotel and Casino will host the event on Saturday, June 13. Players will compete in live, head-to-head matches in The Orleans Showroom for $15,000. Incredible Technologies, the creators of Golden Tee, are currently monitoring the Coronavirus Disease (COVID-19) and the timing of the event. Any changes in dates will be relayed to qualifiers.

Golden Tee has a long tournament history in Nevada, having hosted various events in Las Vegas across more than 20 years. The arcade version of Golden Tee, found in more than 12,000 bars across North America, is celebrating its thirty-first year. Last year’s arcade world championship was featured across various platforms, including ESPN2. The arcade championship will also take place at The Orleans in June.

Golden Tee Golf Mobile Review: A Taste of the Past