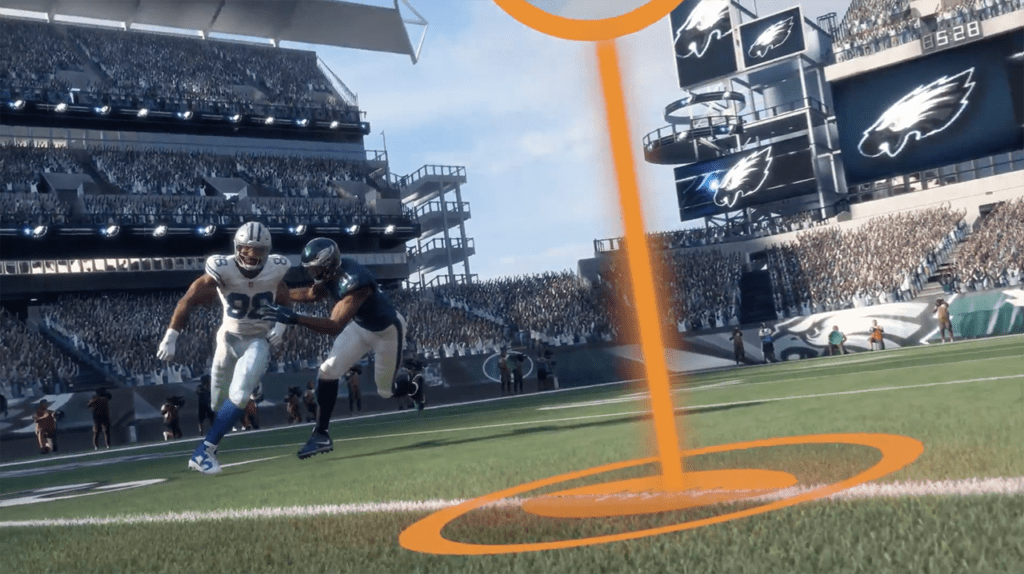 EA has released another Madden NFL 18 blog this evening, providing full details on the target passing feature. Users can finally see their intended passing target while placing it anywhere on the field.

The control scheme is intuitive, providing a straight-forward way for users to place the ball in the most advantageous place. The better players are at utilizing the Target Passing mechanic, the more efficient and tactical they will become at picking apart coverage. The ability to visualize the placement of the ball exactly where you want offers another level of user control.

Note: Now that Target Passing is on LT/L2, low pass controls have changed. You now hold LB/L1 to activate the high low modifier, and push LS up or down to throw high or low.