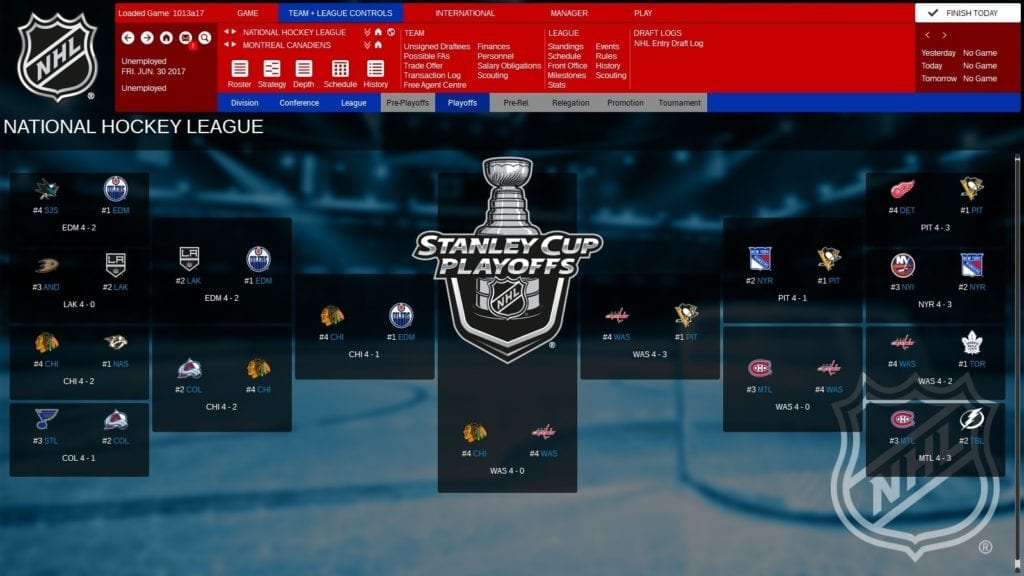 Franchise Hockey Manager 3, the upcoming hockey strategy game from Out of the Park Developments and, for the first time, licensed by the NHL, has released its annual simulation of the 2016-17 NHL season. In addition to the NHL, FHM 3 also simulated results for all of the minor leagues in North America as well as many European leagues and the international World Championships.

The big news is that, for the first time ever, the Washington Capitals will win the Stanley Cup! In the FHM 3 simulation, Washington defeated Chicago, 4-0. The series was actually a complete blowout for the Capitals, who outscored the Hawks 21-4 in the series: 2-0 in Game 1, 6-2 in Game 2, 7-1 in Game 3, and 6-1 to lift Lord Stanley’s Cup above their heads.

Franchise Hockey Manager 3 officially releases later this month on PC and Mac. Pre-order here for a $10 savings off the $39.99 retail price and to receive an early beta copy!