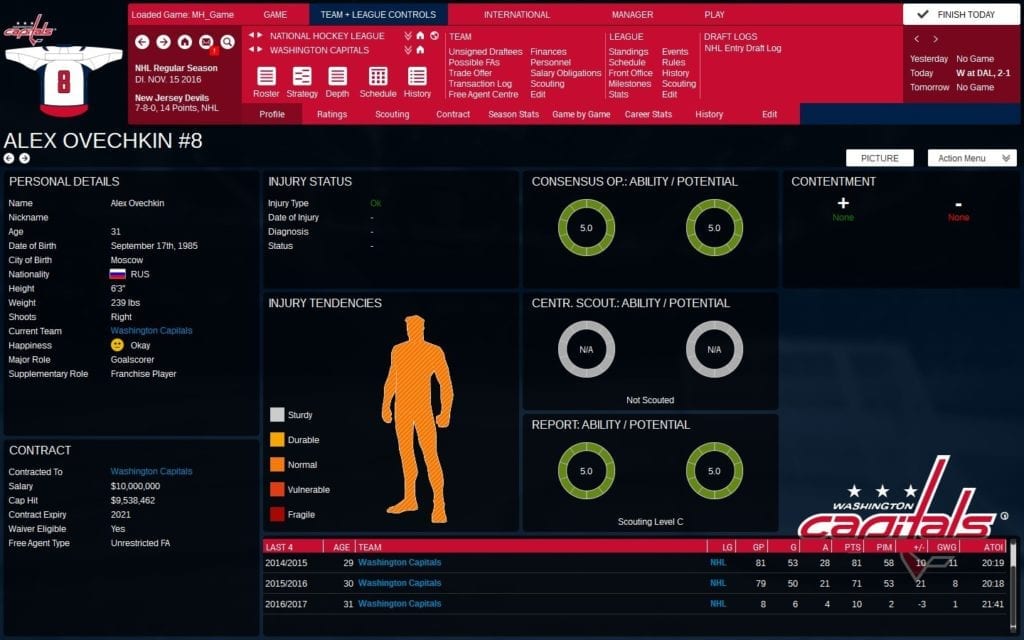 Franchise Hockey Manager 3, officially licensed by the NHL, is available today for $39.99 on PC and Mac. Fans can purchase the game on the official site, Steam (10% off until November 7) and other online retailers.

Check out some of the features below.