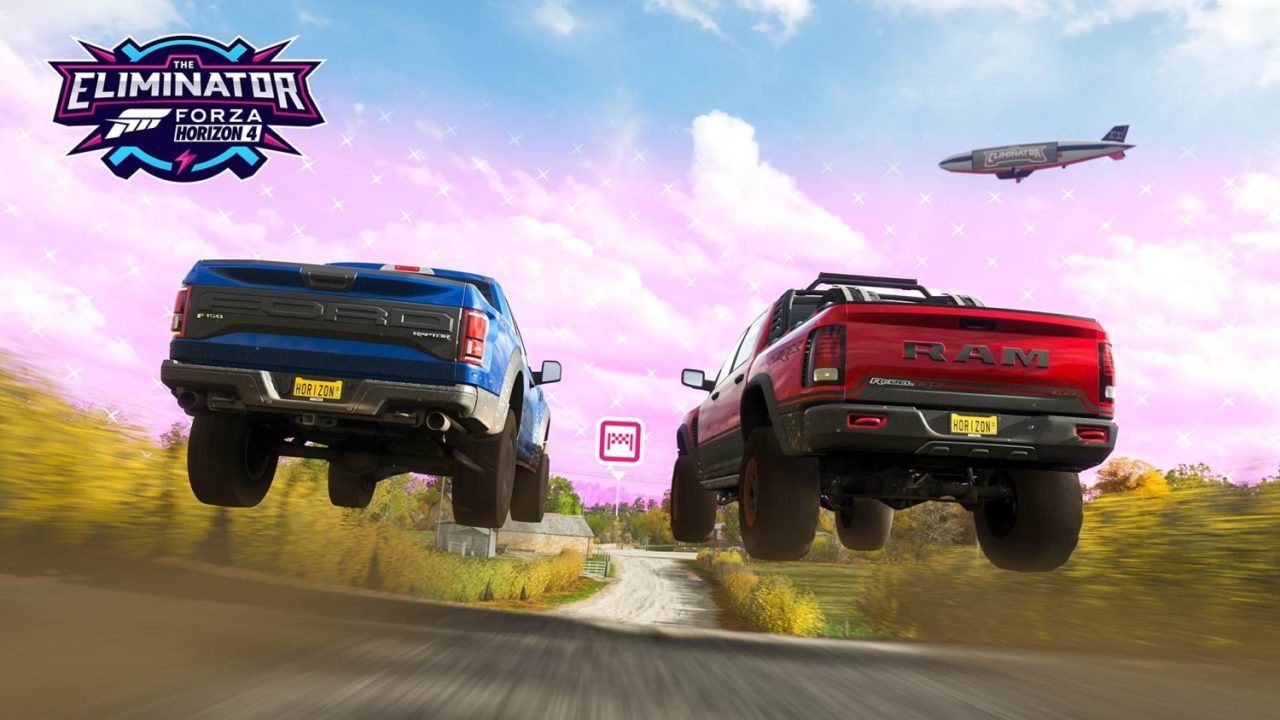 The latest Forza Horizon 4 game update fixes some of the issues with the new battle royale mode, The Eliminator. Check out the patch notes below.

If you missed our review of the new Eliminator mode for Forza Horizon 4, you can read it here.

Eliminator mode plays out exactly like other BR modes that you are familiar with in some respects, just minus the weapons. Each opponent begins the round in a massive map with an exterior wall that continues to close in on all opponents until ultimately there is a single opponent left and is declared the winner. You can select your general “drop” point and you will need to search for loot equivalents and other people to destroy.

What separates FH4 Eliminator mode from other BR games is the fact that while still inside the circle any opponent can challenge another to a head-to-head race where the loser is, you got it, eliminated. The winner of the race also gets the option to upgrade their own vehicle or steal their opponent’s ride. This provides quite a bit of risk-reward proposition, but you can’t turn down a challenge either way. If someone honks a horn at you from a close enough distance, you have to race no matter what.