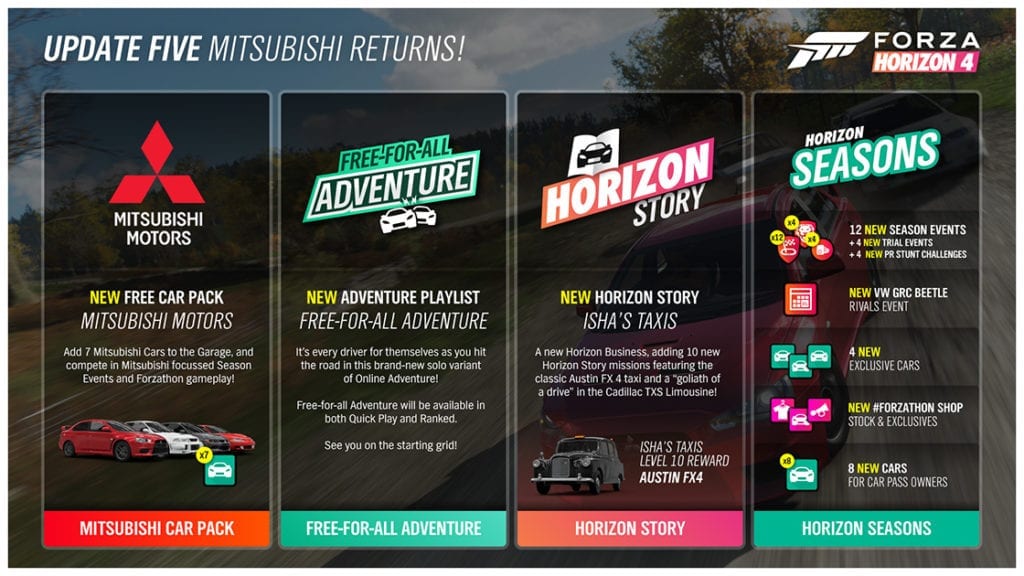 The latest Forza Horizon 4 update has arrived, bringing with it 7 Mitsubishi cars, with the free Mitsubishi Car Pack. The update also includes a new Horizon Story, a brand-new way to play Online Adventure and quite a few other cross-platform improvements, listed below.

Series 5 also sees a number of improvements for Forza Horizon 4 wheel players, including:

For more details on the Forza Horizon 4 January game update, click here. The full list of fixes, features, and improvements, can be found on the Forza Support page. 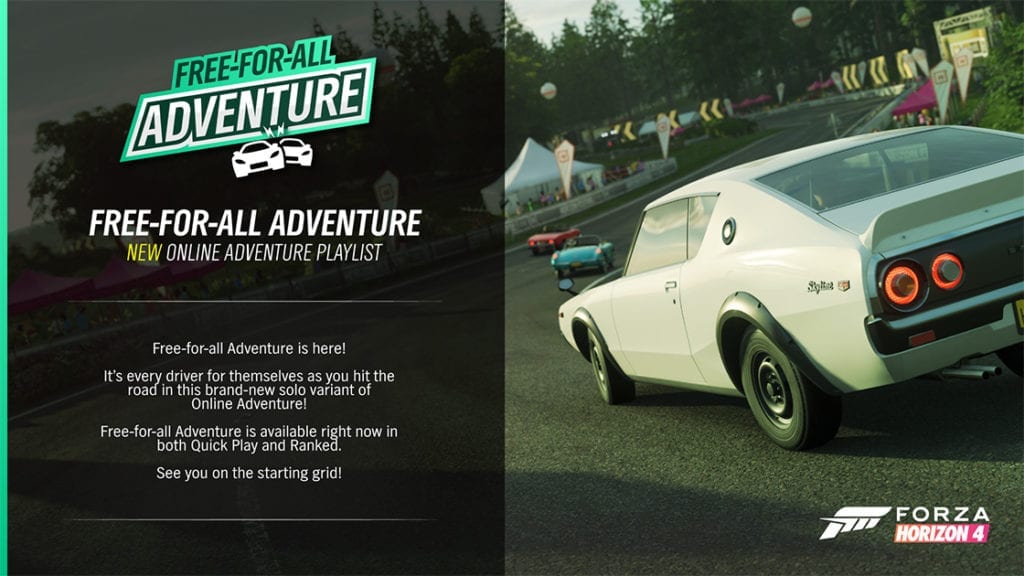 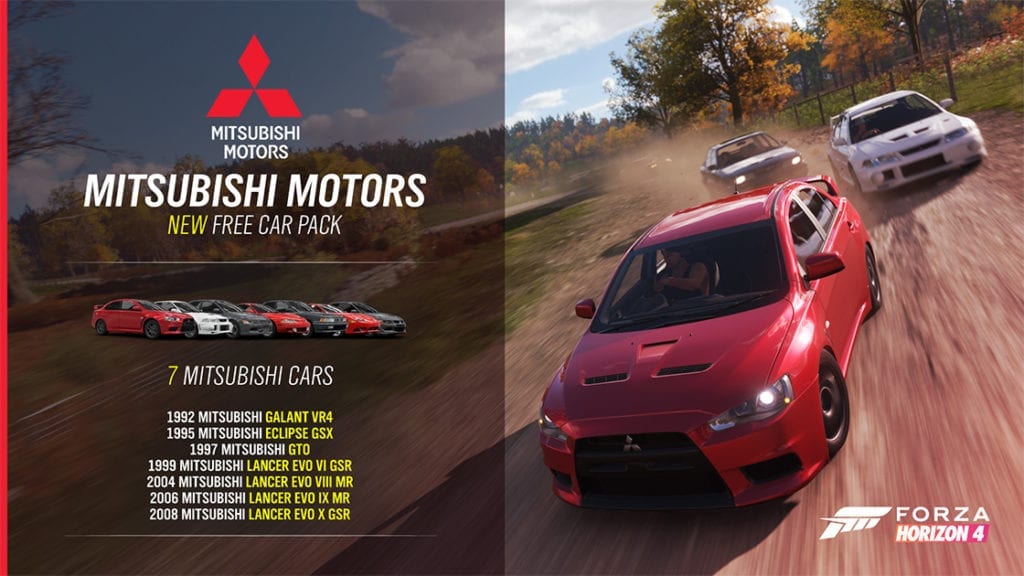 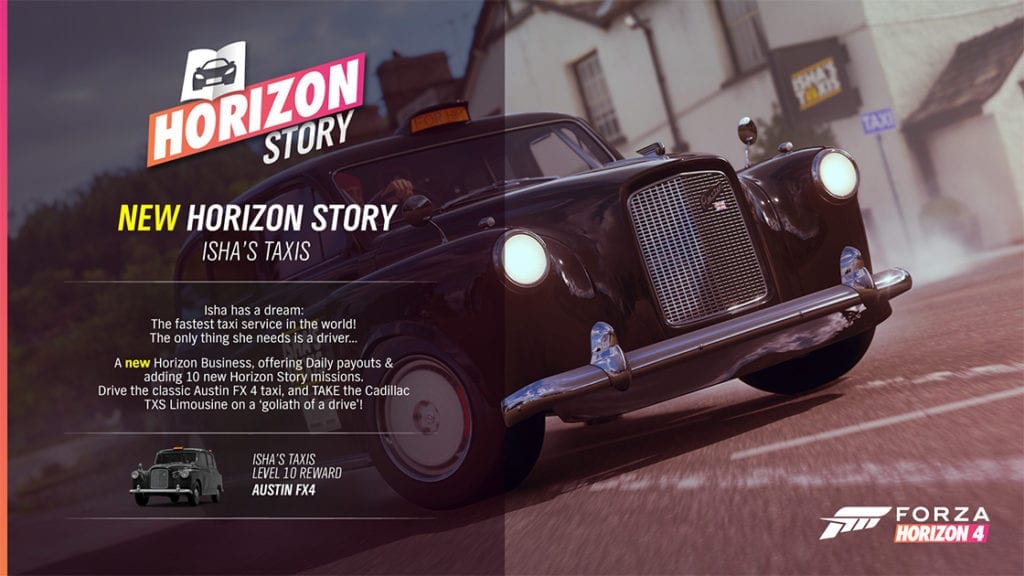