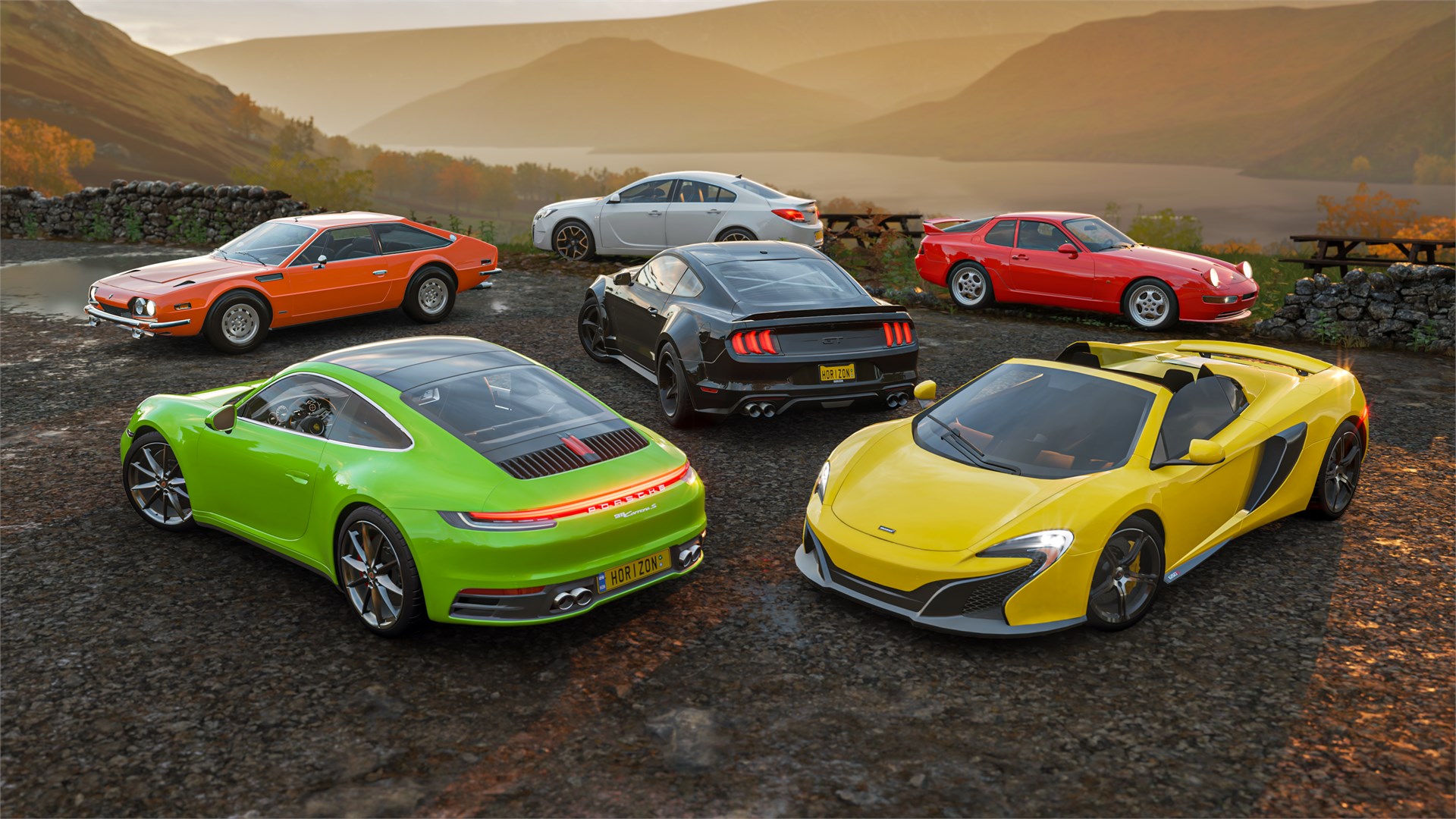 Turn 10 Studios has released their Forza Horizon 4 High Performance Car Pack, which was previously only available for Car Pass owners. It costs $6.99, or if you’re an Xbox Game Pass Ultimate member, $6.29.

Put your foot down and experience pure power with the High Performance Car Pack. This car pack gives you the keys to 7 of the most incredible sports cars from the world’s most prestigious marques, including the beautiful 2019 Porsche 911 Carrera S and the incredible 2014 McLaren 650S Spider. Once the pack is purchased, you are granted a one-time only, free addition of each car to your Forza Horizon 4 garage, with no additional in-game credit cost.

Check out the video below from DungG, featuring all of the cars in action.