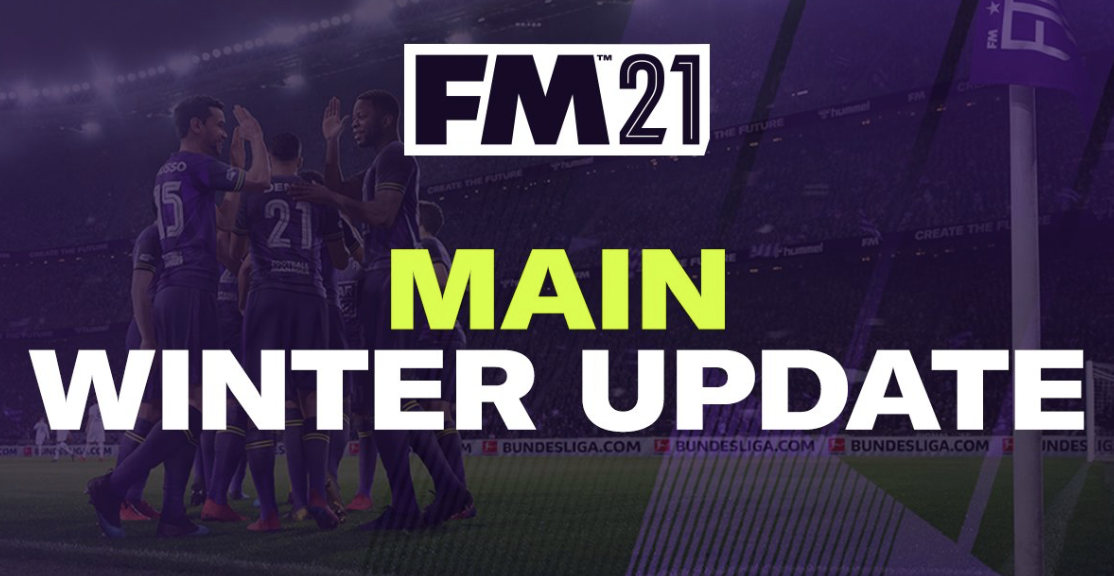 Sports Interactive has posted their winter update, which includes 3.7 million changes in the database. Can you imagine being that guy? Anyways, the winter update includes updated rosters, following the January transfer window and a gameplay patch.

A final winter update will arrive in a few weeks, covering the transfer window for February. That update will include Chinese and Russian leagues, along with MLS, free transfers in the EFL and more.

Here are the patch notes. You will need to begin a new career for the data changes and competition updates to appear. All other changes are save game compatible, allowing you to continue your pre-existing managerial careers.

The winter update is also available for FM21 Mobile and FM21 Touch. For FM21 Xbox and FM21 Nintendo Switch users, you will need to wait a bit longer for the update to arrive.