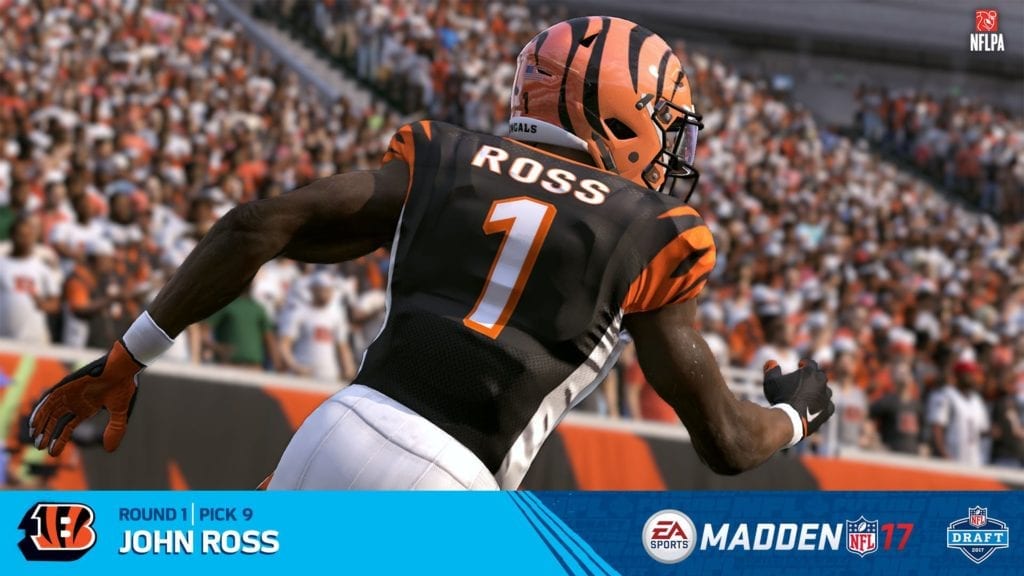 The beautiful thing about a new Madden in August is that the rosters for all 32 teams will look at least slightly different — if only because the draft brings in a crop of new talent each and every year.

Because of that, teams do feel different and new approaches are developed by Madden players to take advantage of the tweaked rosters. With that said, this year’s NFL Draft First Round didn’t actually feature a ton of players you’d label as Madden game changers.

In fact, many of the picks were players who’s importance in Madden has never been as high as a good RB, WR, or QB. I purposefully limited myself to five picks and because of that if you are an offensive lineman in any way you just had no chance to make this list. Ditto for most defensive players sans a good edge rusher.

So with that said, here’s the five players I think will change Madden the most in Madden NFL 18…

Myles Garrett, DE, Browns (Rd. 1, Pick 1): Look, Madden is changing in that having a good edge rusher is a big plus for you as a human player. Granted, having a great speed rusher isn’t going to magically fix your defense, unless big changes are made to the game that is. Still, Garrett will make a difference with the Browns defense. If you are thinking of starting a franchise with Cleveland, he’s a good centerpiece to build a defense on into the future. And hey, Garrett isn’t a QB so how bad could it be?

Leonard Fournette, RB, Jaguars (Rd. 1, Pick 4): Fournette will be a workhorse in the Jaguars offense with Blake Bortles as the QB as well. You’ll now have some balance to the offense and a run game which will help keep your defense off of the field a bit more. Paired with T.J. Yeldon, Fournette brings a new dynamic to the Jaguars backfield. Combined with young talent all around and its likely you’ll have a bright future in Jacksonville when all is said and done.

John Ross, WR, Bengals (Rd. 1, Pick 9): Ross is fast. And unless the basics of how Madden operates changes, that means Ross is going to be a force to be reckoned with. It also doesn’t hurt that Cincinatti has a pretty good crop of receivers already, so Ross could be placed in a variety of positions to get him open and let his speed do the rest. When paired with Joe Mixon (RB, also drafted this year) — your offensive future is set in Cincy.

Deshaun Watson, QB, Texans (Rd. 1, Pick 12): Watson may be the day one starter in Houston, but with his game expect many Madden players to take advantage of his strong arm and running speed. Watson does have some accuracy concerns but that doesn’t seem to be punished as much as it should be in Madden. He’s a dynamite player for the game.

O.J. Howard, TE, Buccaneers (Rd. 1, Pick 19): Most people didn’t see Howard dropping outside of the top 10. Howard is a great TE prospect by most accounts. As a guy who personally uses the TE quite a bit, I can see Howard being a long-term game changer when using the Bucs in any franchise scenario.

What rookies from the first round do you expect to change Madden the most this season?

EA's Frostbite Engine: What is It? Why Should You Care?
How the 2017 NFL Draft Changes Each Team in Madden: AFC