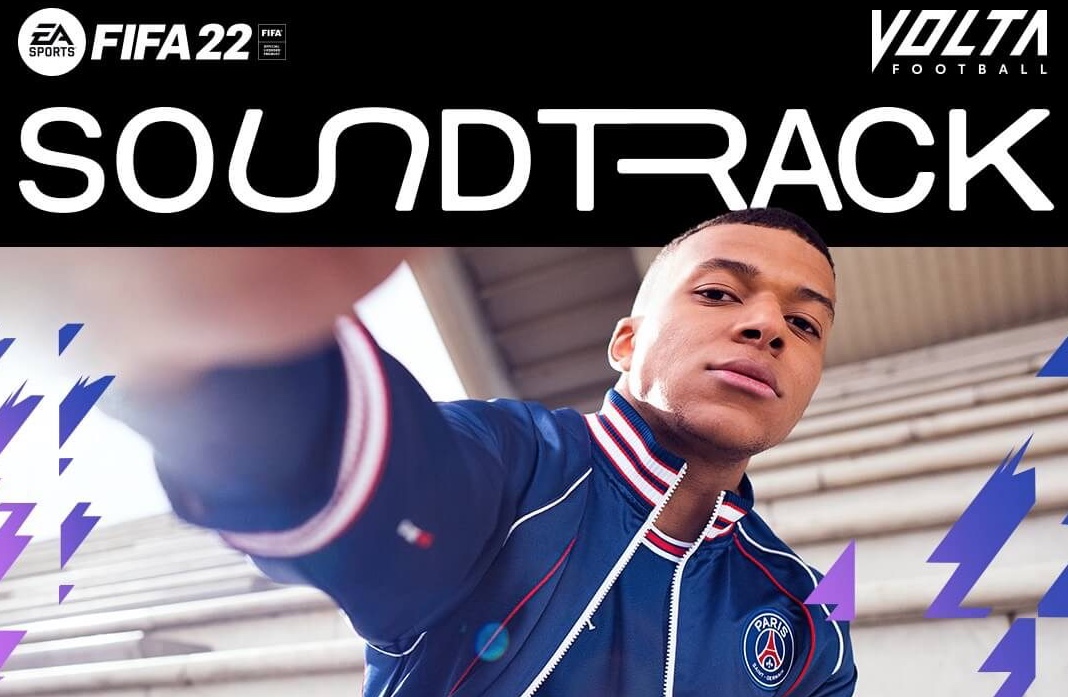 The spirit of the FIFA 22 Soundtrack can be felt in the stands at The Etihad and San Siro or the sands of Tulum and Ibiza. This year’s 52 new tracks – a genre-spanning festival of bold, uplifting rhythms – features international superstars like Swedish House Mafia (Sweden), Polo & Pan (France), Glass Animals (UK), Little Simz (UK), girl in red (Norway), Jungle (UK), and UK singer/songwriter Sam Fender.

The sound of the VOLTA FOOTBALL Soundtrack on PlayStation 5, Xbox Series X|S, PlayStation 4, Xbox One, PC and Stadia is found under buzzing street lights in neighborhoods from Lagos and São Paulo to Los Angeles and Rome. Its gritty underground vibe can be felt in the scuttling trainers on a packed dirt lot or hot concrete playground. Anywhere that players can express their individual style, the soundtrack will be the amped-up underscore to all the action.