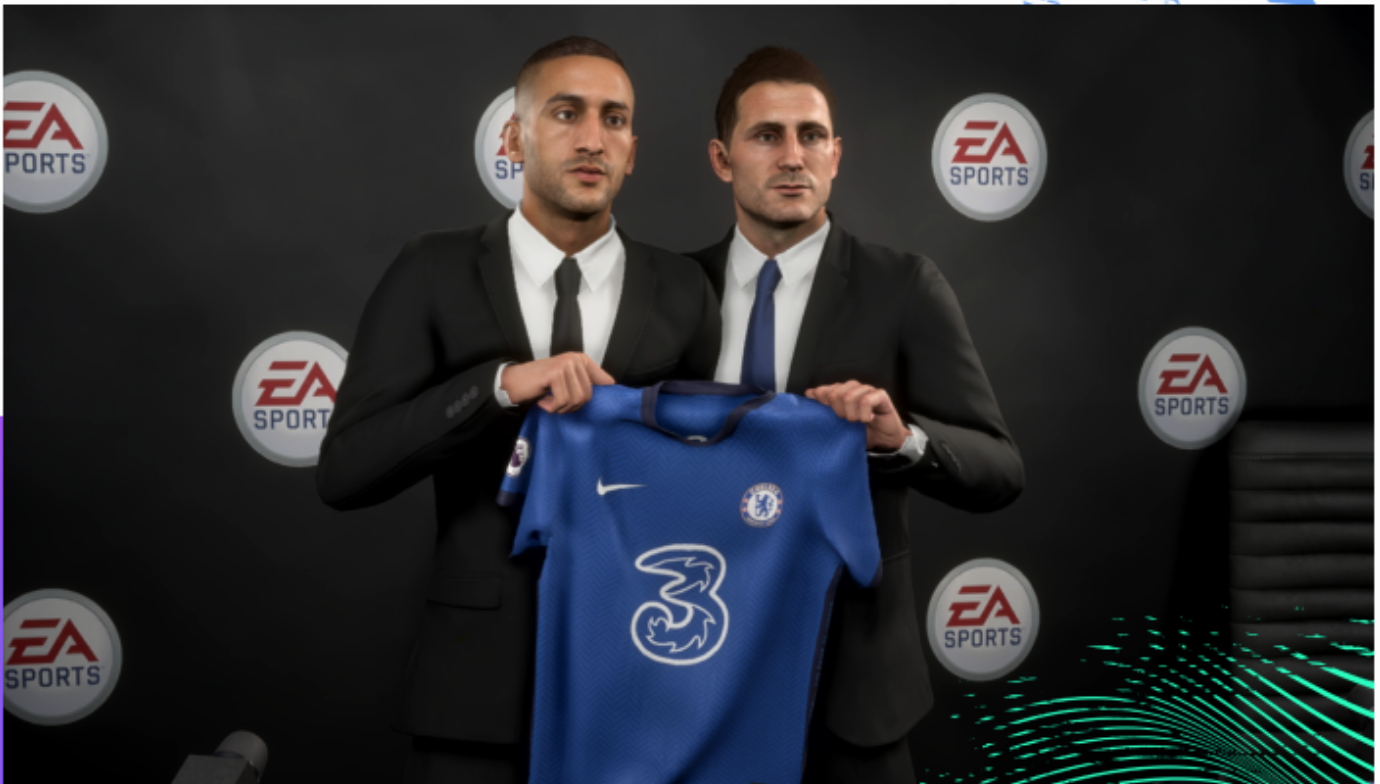 It’s that time of the year when information about the latest FIFA game comes fast and frequent. So far we have already seen hands-on impressions for overall gameplay and VOLTA from our very own Joel, as well as Pitch Notes breakdowns on Ultimate Team and Pro Clubs by yours truly. Today, like Harry Maguire defending a turning attacker, we tackle the FIFA 21 career mode Pitch Notes.

This is part two of a two-part breakdown of those Pitch Notes.

EA has just gone all-in with the planning by being able to control every aspect of what your players do on a daily basis (put down that hamburger Eden!). This added dimension could make it very challenging to balance Match Sharpness versus fatigue, especially if you’re fortunate enough to be competing in a continental competition (Champions League, Copa Liberatadores and so on).

EA gives us three options here and they all sound very akin to what we’d see in real life:

More risk versus reward! After a tough week of EPL and UCL action, do you give Mo Salah a rest day or recovery day? Recovery day seems more along the lines of “see the physio for some PT” while a rest day sounds like “take the day off and enjoy it. Just don’t get into trouble!”

I personally love this feature but could see how it could be overwhelming to some. It’s not quite a Football Manager level of micro-managing but it’s enough to satisfy. Thankfully, EA is giving us the ability to set “Schedule Rules” where you can come up with custom itineraries depending on the day of the week (match day, day after). All of this looks to come together nicely as it’s incorporated into the monthly calendar. Hopefully the calendar isn’t buried on the third page again as it’s one of the most important sub menus in career mode.

Sometimes it feels as if the excitement of the transfer window(s) dwarfs the actual season, and if it’s any indication, it looks as if EA is beefing up the transfer market options. Introducing a “loan-to-buy” option is fantastic, even it’s long overdue. I mean, who wouldn’t prefer to try a player out before deciding to drop cash on him? The reverse is also true. Maybe this is the way Chelsea finally gets rid of Premier League winner Danny Drinkwater?

Player Swaps, which have been available for human-controlled teams for a few years, now will have that logic applied to the AI as well. Hopefully they don’t go crazy with them. Contract renewal AI logic has also been revisited, so hopefully it’s harder to Bosman good players as the AI might not let their contracts expire. 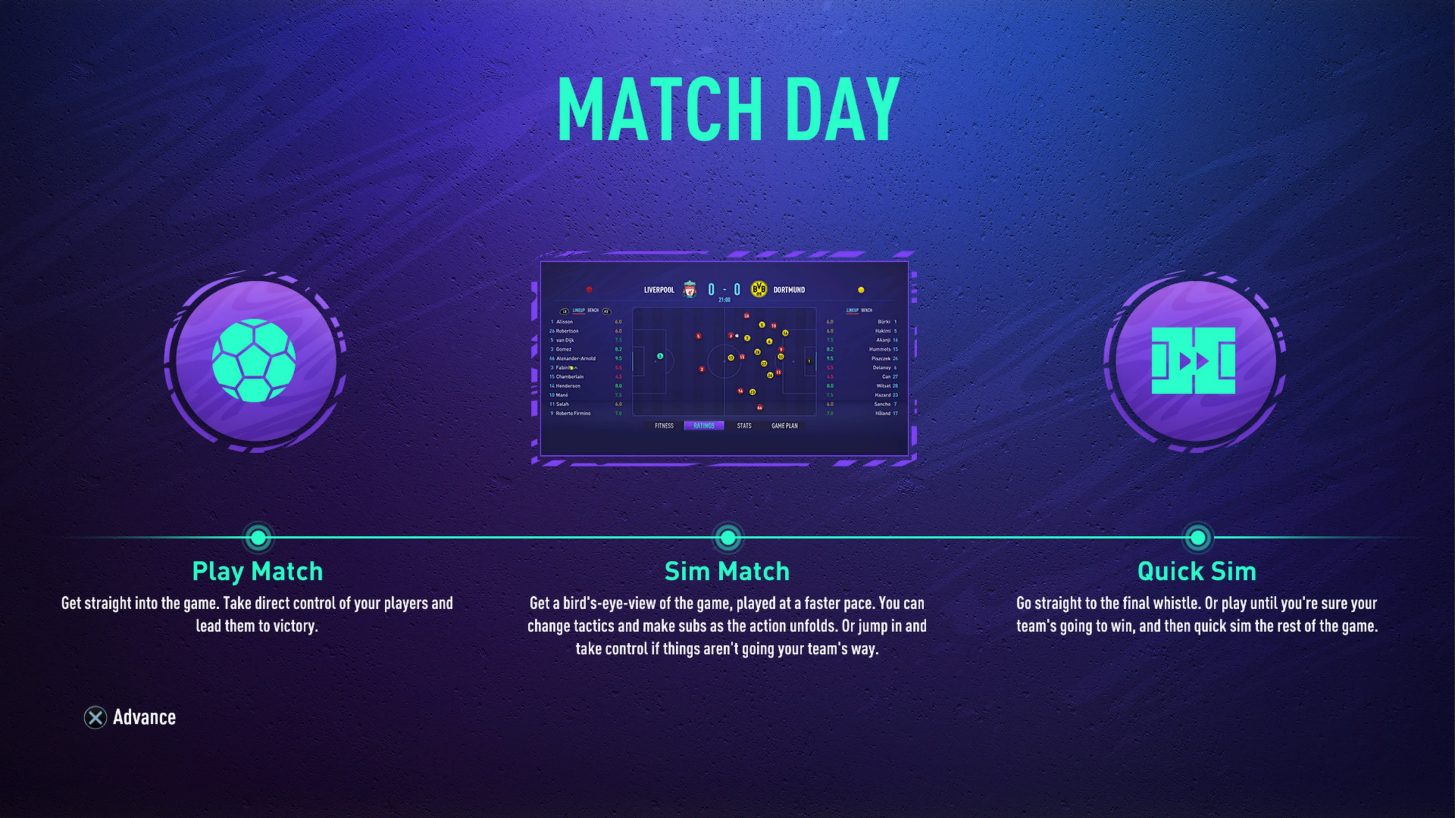 Personally, I thought this was a little odd to include in this Pitch Notes blog, but overall it makes sense. In a nutshell, it’s EA’s attempt to better explain career mode and its inner workings, something Konami should definitely take a page from. It seems like a good way to attract new players to the mode, and the more career mode players the better. Keep spreading the word Mr. Embiid!

We all know EA has the licenses, and with those come branding. EA initially used the English Premier League as the cornerstone marketing piece, but have since expanded the branding to the German Bundesliga and Spain’s La Liga. In my book (and as you can tell it’s a looooooong one), the more branding the better.

Last year, EA introduced Player Morale with one of the main influencers of morale being Press Conferences. EA has tweaked how press conferences affect players as now only the players who played in the match can be affected by post-match pressers, and conversely, the pre-match presser only affecting players who are eligible to play. This is a good change for those of us who actually don’t skip our media commitments!

Also affected by press conferences, player morale was far too easy to raise once you experienced a good run of form. Now it seems that if your player is in a rut, possibly because of poor match performances, you can say a few kind words about them in the press conference and help them to regain their form. It’s still to early to tell if this is easily abused, but the early impressions are that you will need to say a lot of nice things about Kepa for him to come good on his $80 million-plus move to West London.

While it was kind of fun starting a Youth Academy from scratch in past iterations of FIFA, it was highly unrealistic. Imagine the shock Pep would have had when he signed on with Man City if he found out there was no youth academy. New for this year, EA is going to give us an already established Youth Academy with the number of players directly correlating to your Youth Development rating.

It’s still unknown as to whether or not a higher Youth Development ratings means better prospects, but starting with a pool of players and a scout is better than nothing. It might even help you hit on some of those youth-directed objectives you’re measured against as a manager. Just as long as there are different makeups and the nationality of the players is predominately from the nation your club dwells in, I’ll be happy.

It wouldn’t be EA if it didn’t dangle a carrot in front of us by giving us a “Homegrown Talent” if we pre-order certain versions of FIFA. I personally stay away from these type of tasks (financial takeovers, training boosts, etc.), but if that’s your cup of tea, sip away.

In line with the new player transfer negotiations, EA is giving us yet another option to make our career mode saves more difficult if we want them to be. Similar to a house rule several OS career mode guys use, Negotiation Strictness can now be set to either Strict or Loose.

According to the notes, “strict” uses the following logic:

“Loose” negotiations do not follow any of the above. I like this added option, but there’s still questions to be had. For starters, how do you know who’s a rival club in FIFA? Sure you can probably assume that your major rivals are indeed the same (Man United/Man City, Barca-Real, etc.), but if you’re using an MLS side is there a way you can see your rivals like with PES and their three rival slots under Edit Mode?

To the second point, how do you know what clubs a player has a grudge against? Finally, speaking to the last bullet, how do you know when a player on another team signed for that club? You can see in your own Squad Hub when a player on your team signed, but as far as I know, there’s no way to find this out when making a move for another player apart from receiving an alert when you approach a player who literally just signed on. So there are still questions to be asked regarding strictness, but I have the feeling a lot of us here on OS are going to be going the strict route for maximum “sim” impact.

EA has changed the logic regarding when players will retire, tweaking it so that they will only retire when they’re in the final year of a contract. According to EA, this will allow players to retire closer to 40, pushing their retirement out some.

Even Board Objectives have been tweaked this year. EA has removed some of the goals that we as managers had no control over. Objectives from the past such as Match Attendance and Brand Exposure are gone. They have been replaced with targets such as a certain number of wins, unbeaten streaks and wins at home.

Also, the youth objectives have been extended by a year to make them more achievable. While not a huge change to the game, these revised objectives are more attainable and should result in less firings over things completely out of our control as managers.

EA brings up transfers frequently in this blog, which would have made sense to put in one place but I digress. Loan and transfer negotiations are explained in this section as part of the “Onboarding” that is intended to help explain what factors go into the decisions of the player as you approach them for an incoming move.

There are quite a few factors that go into the decision to move, and I won’t detail all of them, but just seeing the sheer number of factors taken into account shows the complexity of the algorithms used when trying to make a move for a player. All of these factors are then added into a score (that’s hidden), which also helps determine wage negotiations. The list of factors seems to touch on all of the decision points one would make in real life when weighing a move, so kudos to EA for the full transparency.

The last change for career mode that EA touches on in this blog revolves around improvements made to the broadcast packages. More authenticity has been added to clubs such as Chelsea, Dortmund, AC and Inter Milan (two of the newly acquired partner clubs), and Atletico Madrid. Authentic goal music, as well as club anthems, will now play in those respective stadiums. Localized stadium announcers in Spain, Germany, Italy and France add to the match day experience as well.

Lastly, EA mentions that more career mode dynamic commentary has been added, meaning that you’ll hear lines about new debuts for transfers and youth players, managerial milestones and other various achievements. These are all welcomed changes in my opinion, especially considering how narrow the focus has been in career mode over the years when it comes to immersion. Too often it feels as if your club exists in a vacuum and the outside events are happening in some far off galaxy.

EA has done well to include news stories, but I doubt most people take a look because of the slow loading times. Hopefully with the next generation of consoles promising reduced load times, we’ll see more people take a look at these stories. 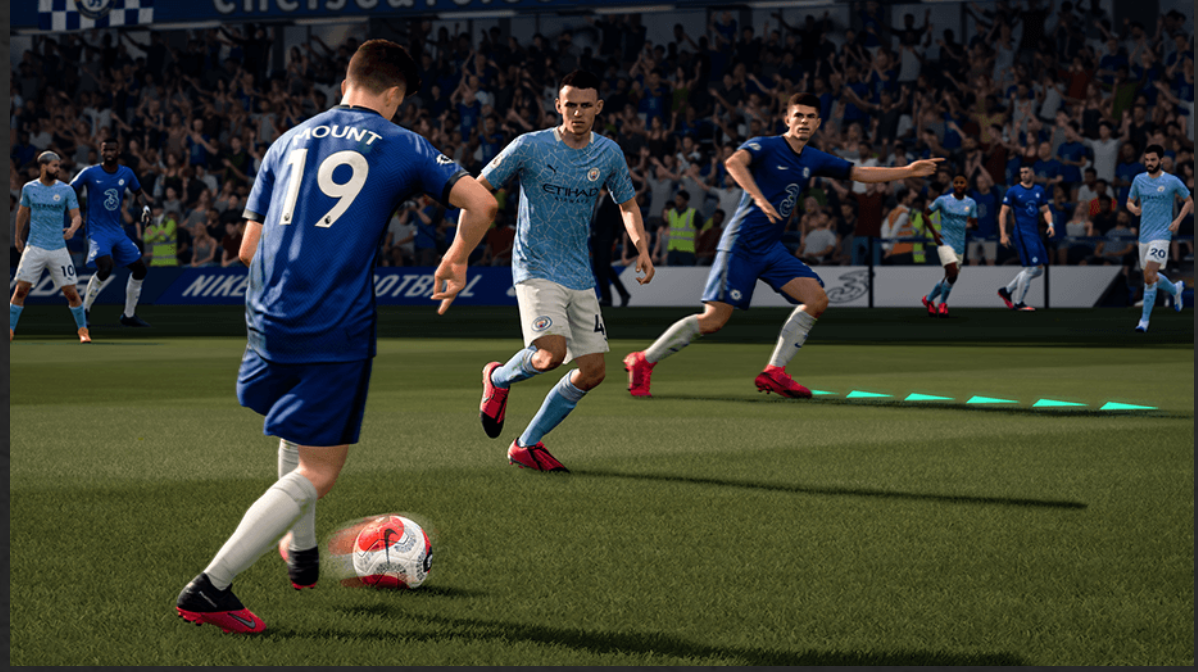 Whew! That was a lot to take in, but as you can see by my tone, I’m really excited about the new FIFA 21 career mode features. The offline community has been practically begging for improvements to the mode, and the last two years EA has stepped up its efforts. What happened before that? Well, that’s water under the bridge for now. All I know is I can’t wait to start up a new career mode in FIFA 21. Oh, and I hope this is a trend that continues for many years to come in both FIFA and other EA sports games.