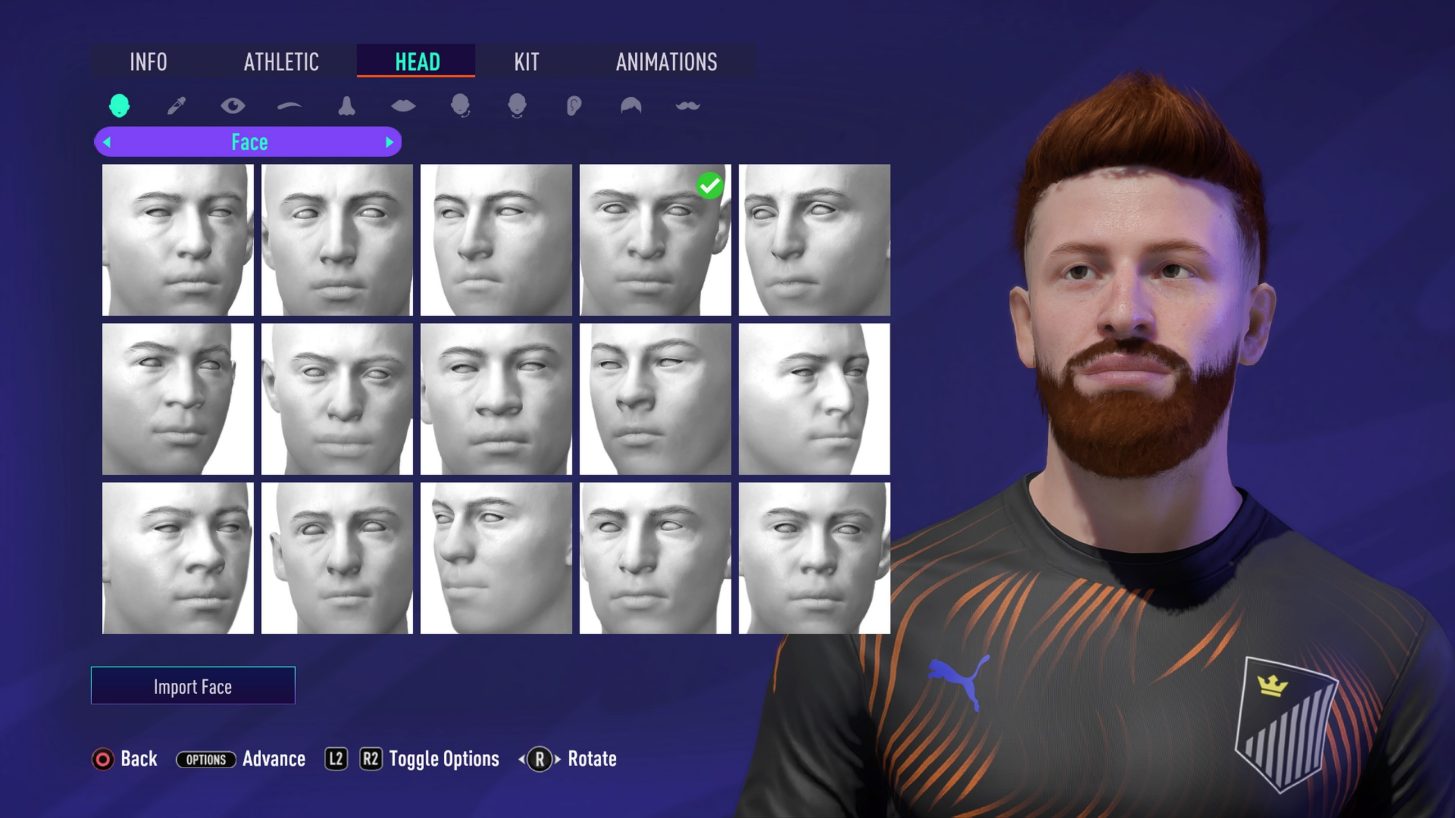 Believe it not, we’re less than two months away from the release of FIFA 21 (releasing October 6, 2020). As we get closer to release, the development team over at EA have stepped up their information through the popular “Pitch Notes” blog. Earlier this week, the team delved into what changes are abreast for FIFA Ultimate Team (deep dive forthcoming), and yesterday the team dropped a few changes for my personal favorite mode, Pro Clubs. Like a penalty to Manchester United, let’s dive right in to FIFA 21 Pro Clubs! 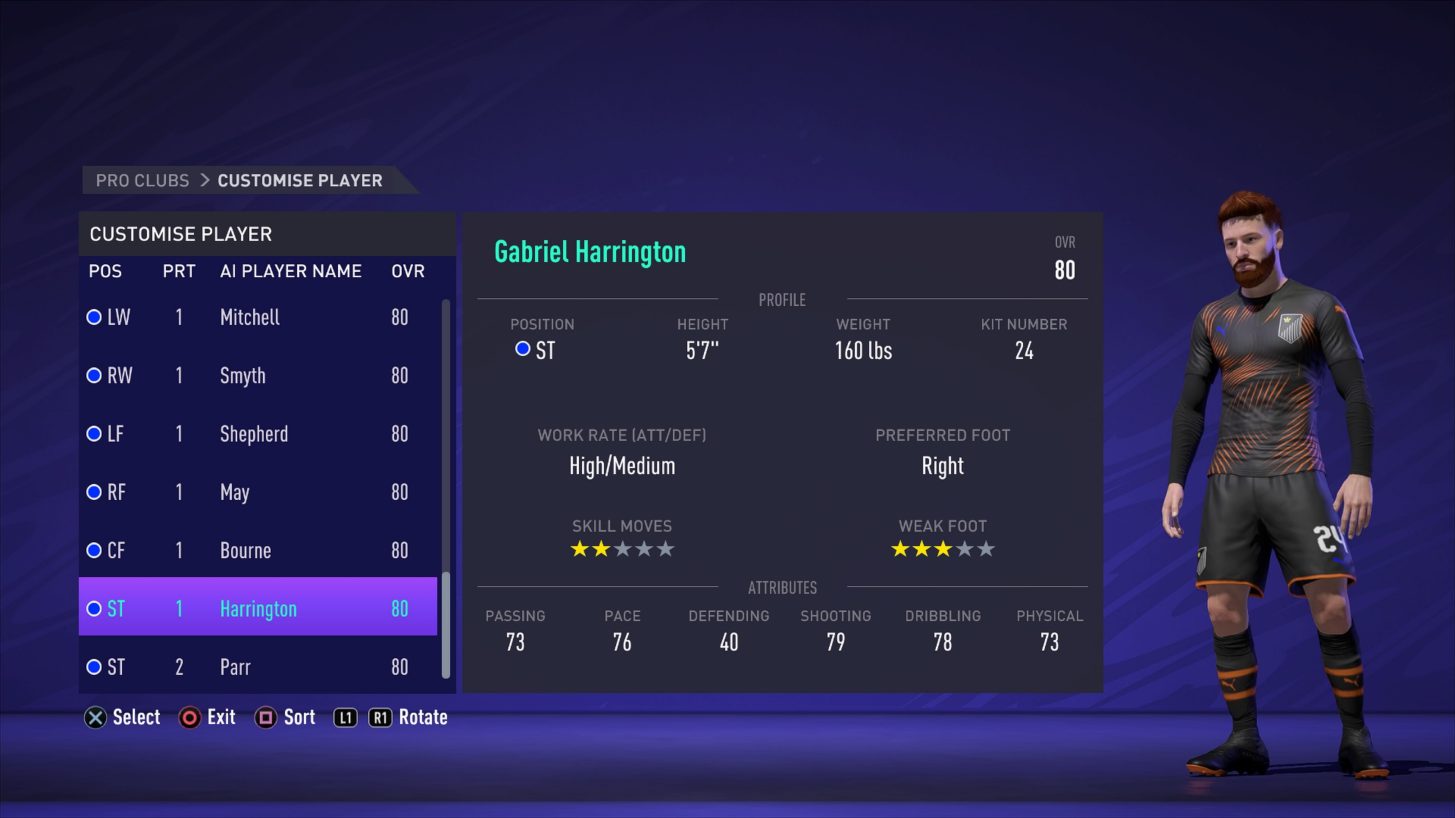 New this year is the ability for Club Managers to customize the AI Players in their Club. You’ll find a new tile under the ‘manage’ section in Pro Clubs, from which managers will be able to customize the visual appearance, name and kit of the 20+ AI Players on their team.

This is something I have personally wanted for quite some time now. While it’s nothing more than a cosmetic change, the whole concept of Pro Clubs rests on divisions and advancing upwards — and sometimes downwards. As you put hours into Pro Clubs you, inevitably become familiar with your AI Pro Club teammates (what up Todd!). Unfortunately, the aspect of growing as a team and progressing through the ranks is lost when you’re swapping out random teammates.

While the manager alone has the ability to edit your AI teammates, there are some important attributes where a quick edit will actually lead to a difference in how they play, namely preferred foot. Why is this a good thing to change? Well, if you’ve played Pro Clubs and you have AI wingers on your team you’ll inevitably be frustrated when they stop their run down the flank to send in a cross on their stronger foot (they’re usually inverted AI wingers in Pro Clubs) only to see the timing of the strikers’ runs thrown off because of the split second it takes to stop and get the ball on their crossing foot.

Kit numbers were largely fixed last year so no more seeing squad numbers for the rest of your AI team. Faces, animations and kit aesthetics can all be edited now too so say goodbye to generic boots and those horrible created faces. Unfortunately, tattoos (which are commonplace among professional athletes these days) can not be added to your Virtual Pro or your AI teammates. 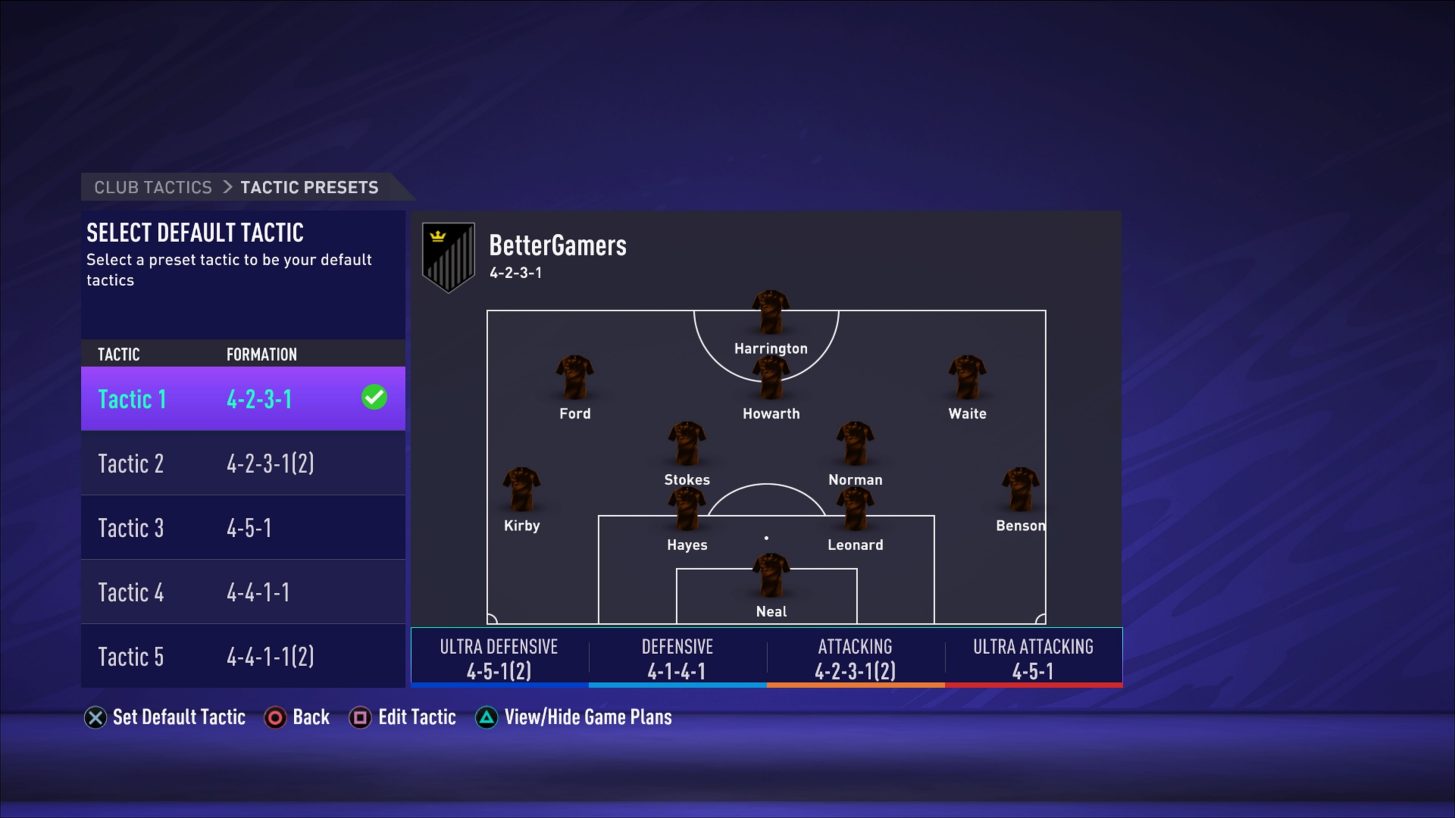 Finally, the ability to create and edit custom tactics comes over to Pro Clubs. While you can adjust the Attack/Defense levels as well as some “on-the-fly” tactics such as “Attacking Fullbacks” or “Hug the Sideline,” being able to create your tactical setup and see it play out in Pro Clubs has been long overdue. Even being able to change your formation mid-match is a welcome addition — albeit long overdue as well.

Imagine having a defender sent off and not being able to adjust your formation to compensate for the huge gap in your defensive setup. The control of these tactics will similarly be left up to the manager, but with five tactic slots at your disposal you can design different formations and tactics for Attack/Defense levels.

Taking it one layer deeper, you can also assign player instructions (cut down passing lanes, track back, etc.), which should really help when you can’t get all of your mates online to fill out at least the full complement of outfield players. 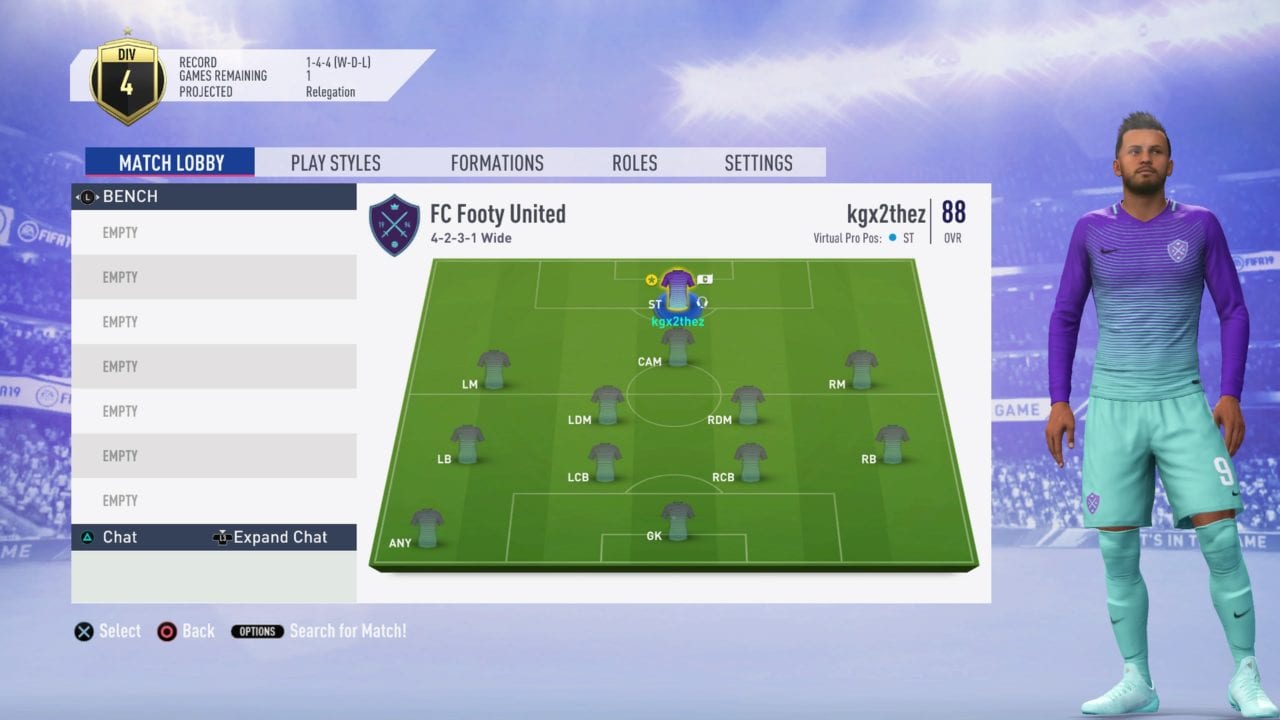 Both FIFA 20 and FIFA 21 have seen minor improvements to Pro Clubs, which has to be seen as a positive thing. Unfortunately, these additions seem half-hearted as they are either areas where other modes have had them for years (career mode with kit clashes, tactics, etc.) or areas that should have been in the mode years ago. If we’re putting together a shopping list of things I’d like to see added to Pro Clubs in the future, I’ll start with something touched upon earlier in this article, customization.

When you’re creating your club, you have the ability to design your own kits and come up with your own club name, but where is the stadium creator? Why can’t we make our own grounds, complete with custom signs, pitch designs and so on? FIFA Ultimate Team is getting a stadium creator, albeit extremely bare bones, so maybe this will happen in Pro Clubs in the future?

What kind of mode that features full 11-on-11 gameplay doesn’t incorporate subs? As mentioned previously, what happens when someone gets sent off? Right now, you cannot take off an attacker to plug the gaping hole in your defense. Seeing your AI fullbacks, who have been bombing up and down the pitch for 80 minutes, chasing some 5-foot-3, 93 speed guy with pink hair and gloves completely gassed and not be able to sub him off?

“Hey, what minute are you guys in?” If you’ve ever played Pro Clubs, you’ll inevitably hear this from one of your teammates. Just started a match? Well, I guess you’ll have to wait 15 minutes to get into the next match! Instead, even the most simple of computer games like Roblox can see a player, hell, multiple players join in after a game has been started. 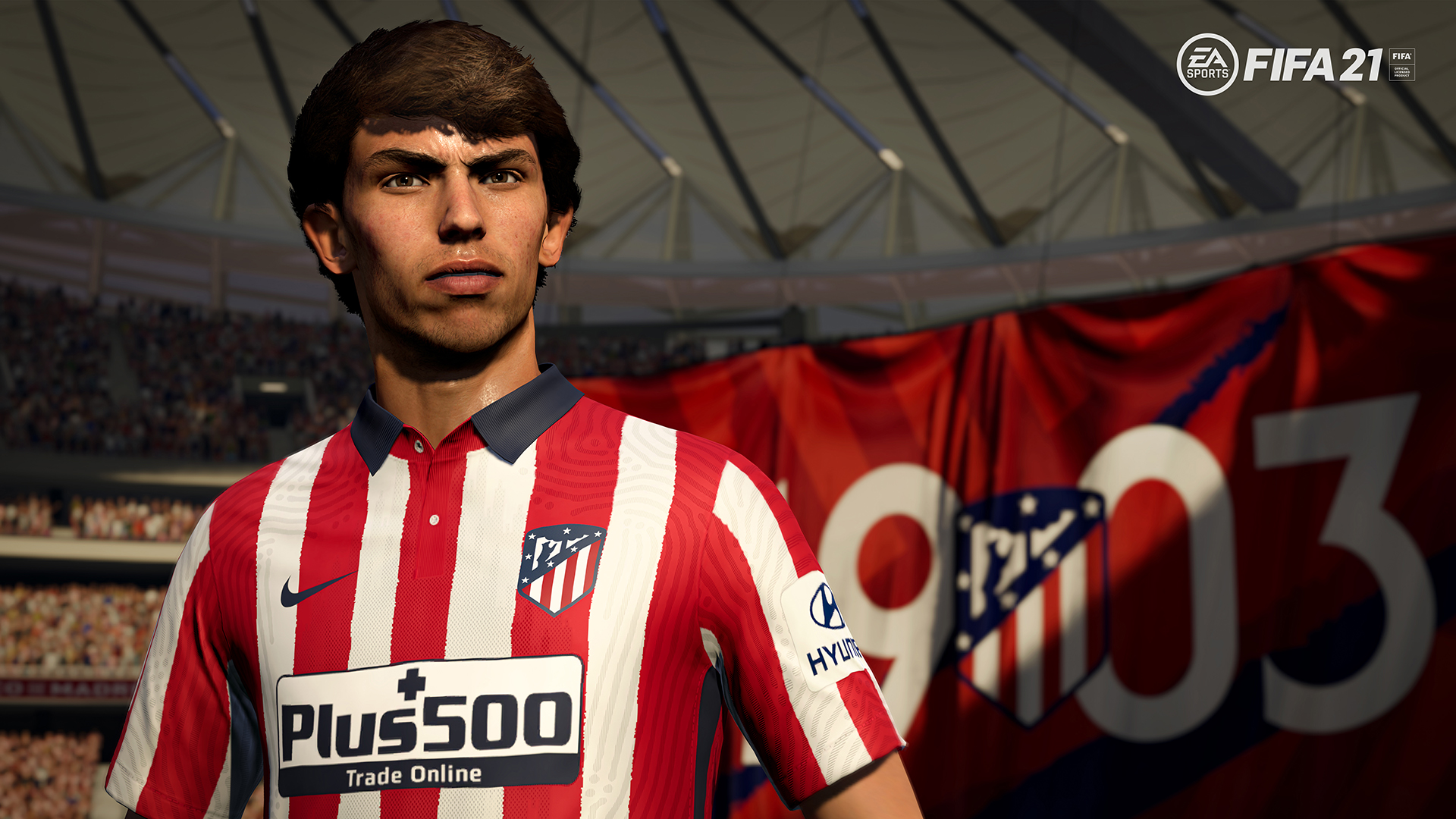 Heaven forbid your connection craps out and you get booted. See you in 15 minutes! The reality of all your buddies jumping online at the same time is not realistic, especially as you get older and have conflicting responsibilities. Being able to join an already started match is a vital addition that we need added to Pro Clubs.

This is one thing nearly all FIFA fans (career mode, FUT, Pro Clubs) can agree on. There needs to be a way to practice with your teammates in hopes of fine tuning your tactics, getting to know your teammates, developing chemistry and so on. I’ve beaten this horse to death over the years so I won’t bore you with more on the need for a practice mode other than to say once more it needs to be in the game.

A few years ago, FIFA acquired the UEFA Champions and Europa League licensing. This begs the question, “why can’t we compete in these competitions with our Pro Clubs squads?” Where is the World Cup or the other licensed competitions that EA has at their disposal? This segues into my next point, but overall, there needs to be more competitions in future iterations of Pro Clubs.

Look, I’m not a huge fan of Ultimate Team. It’s not the actual game mode design that irks me about it. I find the whole mode to be incredibly well thought out and I can remember the days of being a kid and opening up baseball card packs. Unfortunately, the competitive nature of human beings is what turns me off of this mode, but I can’t help but think that Pro Clubs is what esports should be about. 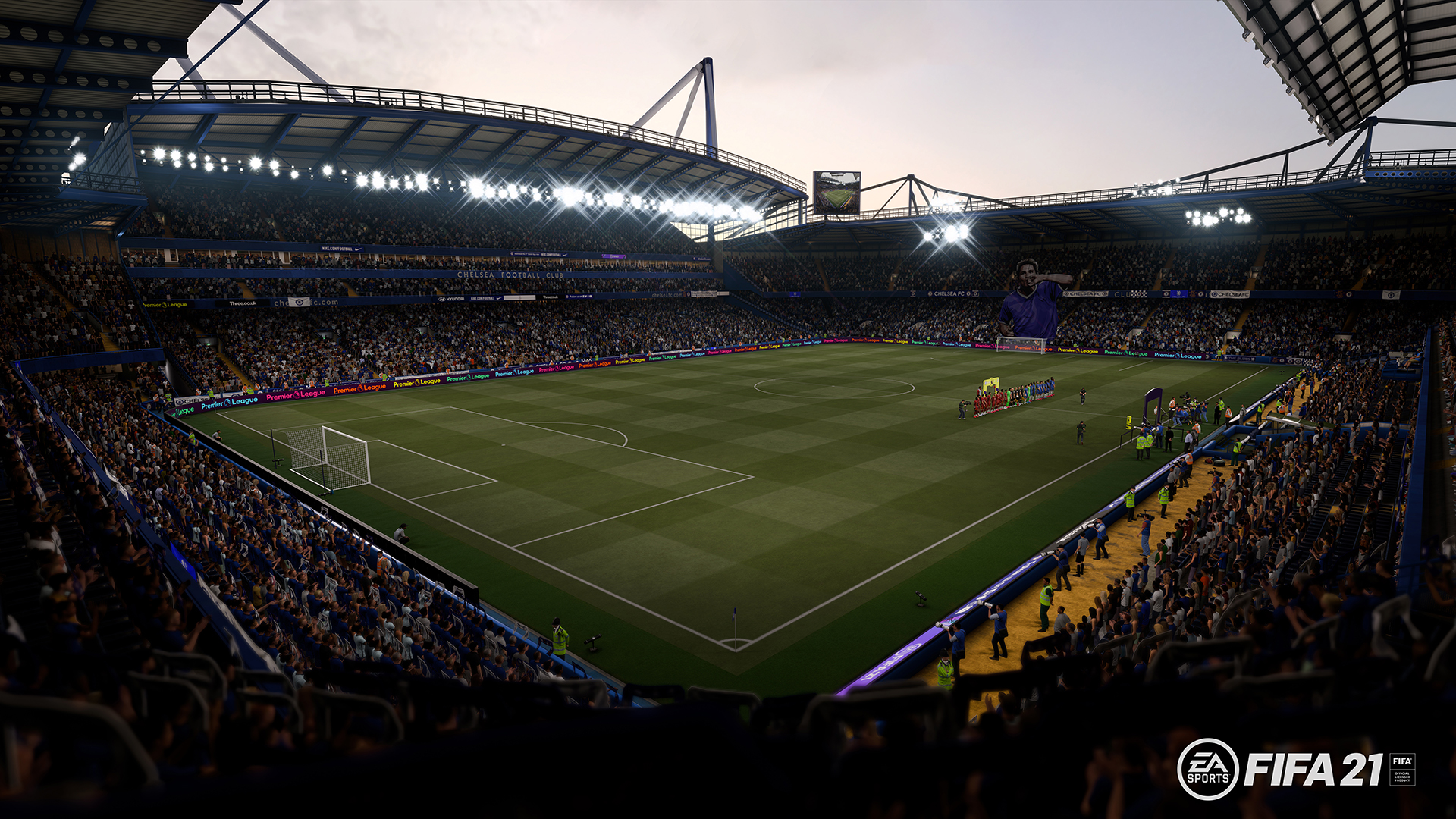 The idea of esports should be less about what team of superstar players you’ve acquired and more about 11-on-11, just like, I don’t know, the actual sport! Online tournaments ultimately culminating in teams of human virtual pros battling it out on TV is what I want to see, not two teenagers whose squads feature a host of “Team of the Week” players.

I’d like to even take it a step forward and incorporate some sort of “market” in Pro Clubs. One in which your club’s finances (not procured through actual currency) are determined by your team’s results. What you do with this currency is up to you. Upgrade your stadium, new kit sponsors and possibly even incorporating real players into your club would help Pro Clubs gain popularity, possibly stealing a few FUT players along the way. Sure, EA would probably include microtransactions at some point, but that just means there’s attention on it, and attention dollars equal real dollars/resources spent on the mode.

It’s always a good thing to see Pro Clubs get some love. Unfortunately the changes coming this year should have been in the mode since the beginning.  While there’s still hope for Pro Clubs evolving in the future, it seems like EA is taking a slow phased approach in updating the popular 11-on-11 mode.

What changes would you like to see come in Pro Clubs?