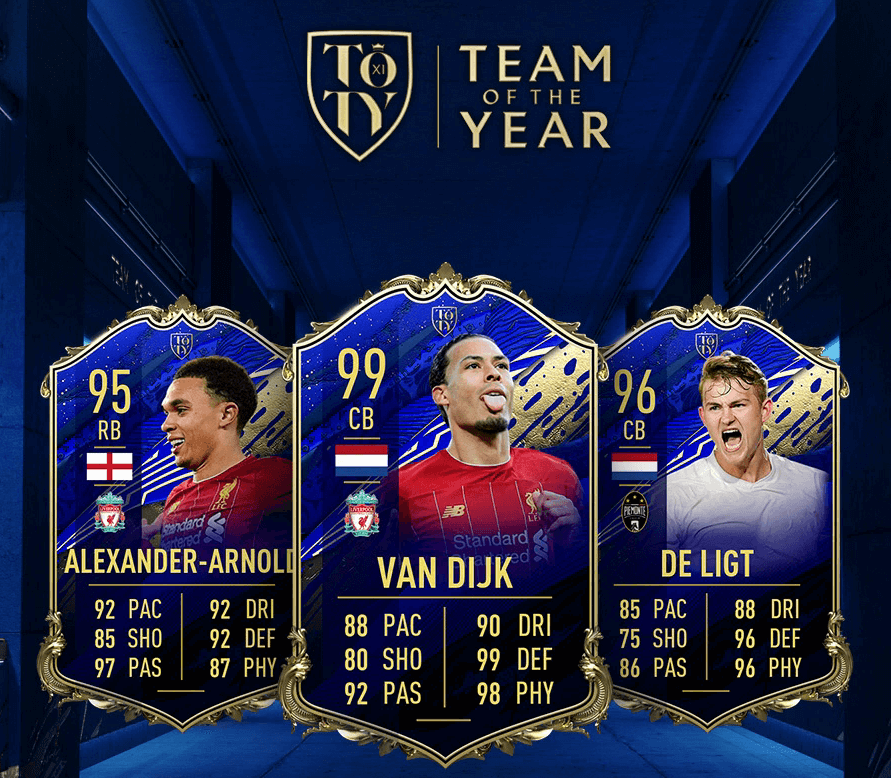 With the midfielders in the books, the team of the year defenders is the last set of players being released. We still have the fan vote to come, but the full set of players is more or less out there now in FIFA 20 FUT.

Team Of The Year Defenders – Costs

These players don’t have the hype of the other two sets — perhaps because one team owns the category — but these are all obviously great cards.

The upgrade SBCs that came out are interesting to think about as well. They are for the four main leagues and break up into two categories: getting three rares in a 12-gold pack for that league, and getting three golds with one being rare in the smaller version of the pack.

In the New Year’s version of the league upgrade, the requirements are:

At that point, you get a pack of 11 gold players (3 rare). All the players will be from the league you specified (EPL, Ligue 1, La Liga or Bundesliga).

In the standard league upgrade pack the requirements are as follows:

The cost is cheaper here with no rares needed, but the reward is lighter as well. The same deal applies where all the players in the pack will be from the league specified.

This is one of those things where you could do this SBC a bunch of times and sit on the packs until a promo is going that you like. Chances are you won’t get what you want still, but it’s an interesting concept. I like the general idea here with this SBC.

This puzzle SBC with give you a Mega pack. The pack is untradeable, which sucks. At the very least, the challenge is not very hard to cobble together.