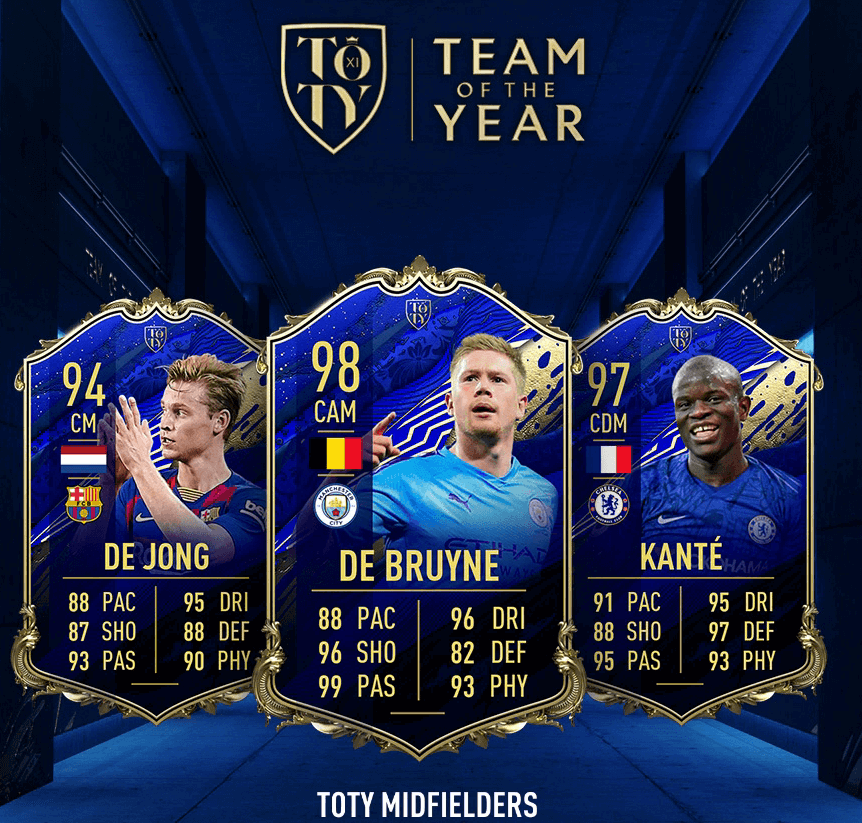 Coming on the heels of the attackers yesterday, we now get the Team of the Year Midfielders for FIFA 20 FUT. They are Kevin De Bruyne (98), N’Golo Kante (97) and Frenkie de Jong (94).

Team Of The Year Midfielders – Costs

This David Luiz is prohibitively expensive as of now, perhaps because this was a favored card in FIFA 19. It is four challenges and the packs are untradeable. As of now the cost is about 480K on PS4. There is a loan version available as well if you want to try out David Luiz.

This puzzle SBC will give you a Small Prime Gold Players pack. However, the contents are once again untradeable. This is a bad trend, and I don’t know why EA has suddenly started making the rewards untradeable unless they really want to further nerf the chances of Team of the Year cards flooding the market. The cost is roughly 3-4K from scratch.

(There is also an SBC available to get an Eastern Europe Xmas Kit. It is an ugly sweater design, so of course I did snag it.)