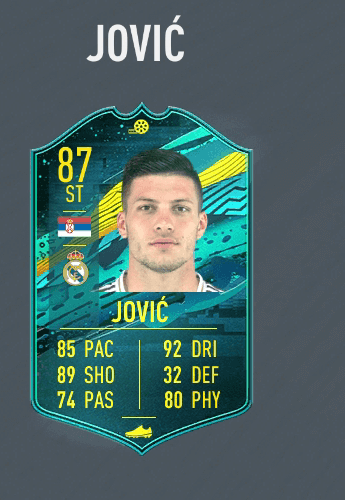 In addition to the dreadful Team of the Week 20, the only other new content we got was FUT Player Moments Jovic. It looks like a decent card, so let’s run through the requirements.

Quick Analysis: I think this Jovic card is a little overpriced, but if we factor in the pack rewards it’s close to fair value. He’s not a super meta card in this default form, but he’s got quality links to plenty of La Liga players. In addition, he has a five-star weak foot, which is obviously great. He’s just medium-medium work rates and three-star skills, but he doesn’t feel too stiff on the ball even in his base gold version. In general, I don’t think this is a must-do SBC or anything, but I could talk myself into it.