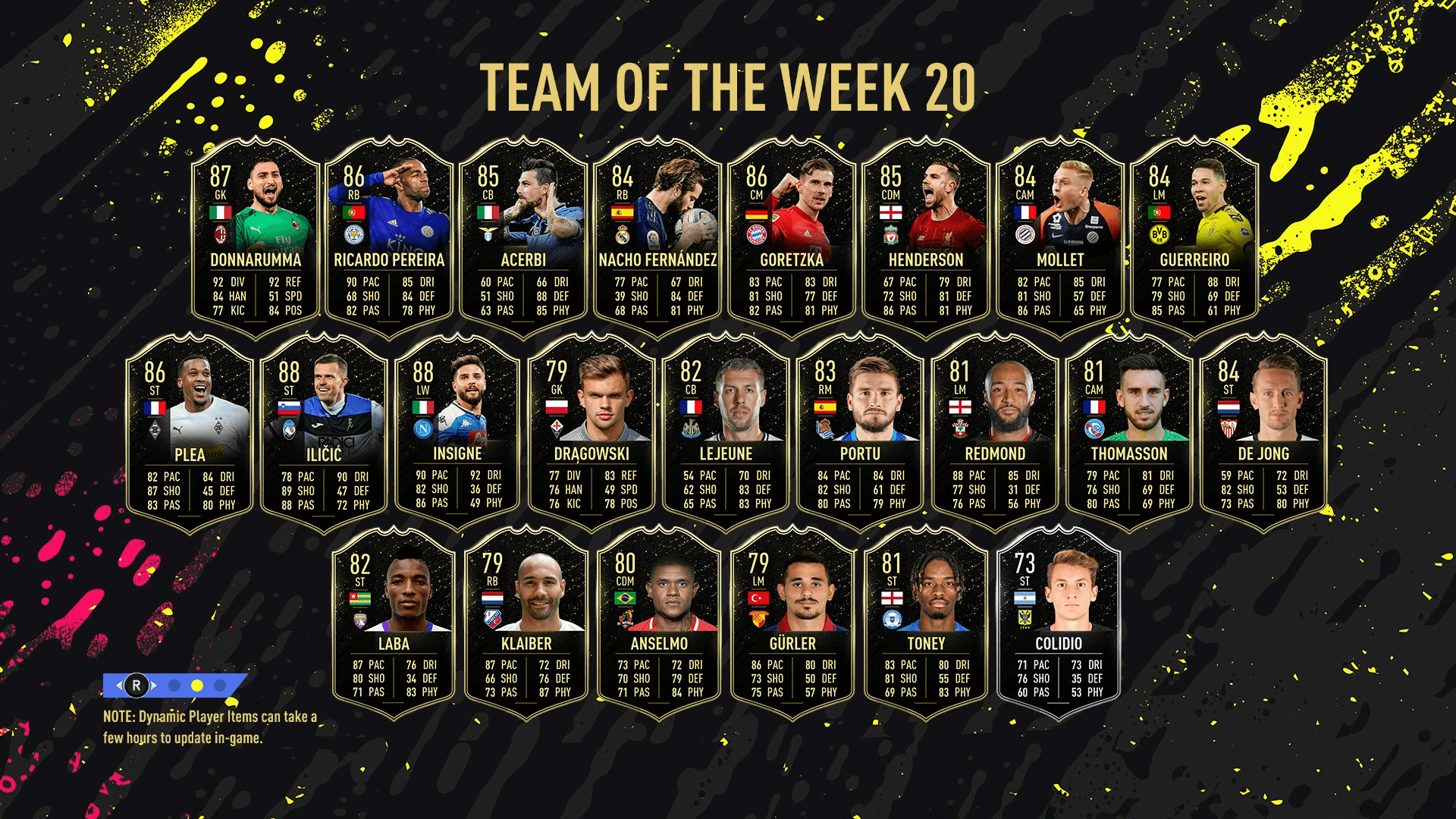 Hey, sometimes the FUT team likes to have a little laugh, and this is one of those weeks. We have received a bunch of fun Headliners cards, we’re getting Future Stars on Friday, so I think they just wanted to make sure people’s FUT Team of the Week 20 red picks were extra bad. They wanted to make sure no one forgets who’s in charge here.

But no, seriously, these players are mostly useless. This is not even a dig at the players themselves, some of these cards would be very useful if the game allowed more styles to shine. However, as with most sports games, the meta is rather rigid at this point and so stylistically there are not a ton of players here who make sense to use. This takes on some added importance with TOTW because the main draw of these cards is for those who grind out Weekend League. Those players care the most about the meta, and they’re the ones who will be the most disappointed by this batch of cards.

Again, if the meta was more flexible, this would be a perfectly adequate Team of the Week. But until the FIFA developers figure out ways to balance the game so more styles can shine through, you’re going to see some frustration when a Team of the Week like this comes out.