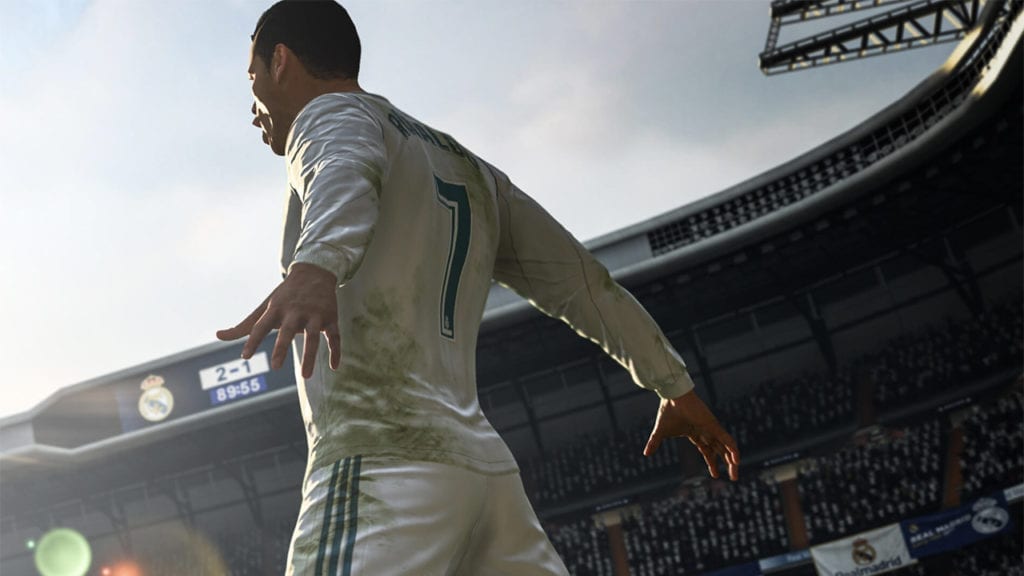 Between the constant tweaks from gameplay patches to stale and repetitive offline modes, FIFA 18 has found its way on the shelf for many gamers during this congested video game release schedule. Nearly three months after release, FIFA 18 is still trying to find a much needed balance in order to regain some steam and earn your time. While there are several areas in which this year’s game can improve upon, here are three quick ways in which FIFA 18 can regain some of its mojo and finish the season on a high note.

Take It Easy With The Patches

For better or worse, post-release patches have become commonplace in today’s video game landscape. While the ability to fix flaws is a positive one, the constant tinkering by the development team can wreak havoc on areas such as sliders. Settling into a groove can quickly be undone by a seemingly straightforward tweak to an area such as passing speed. As is the case among most sports titles, the game you play now is different from the one you experienced at release. If you need reassurance, just head over to the slider forum and you’ll see the OS faithful hard at work for each new patch release. As gameplay tuners have seemingly been phased out, patches these days often come with an assortment of other non-gameplay oriented tweaks (think Bundesliga presentation package) as well the online fixes (stability fixes, FUT tweaks, etc.). The ability to deny certain offline tweaks to gameplay would be a welcome feature. As of right now the only way to accomplish this would be to take your console offline, which negates other aspects such as player and roster updates. There’s a fine line when it comes to post-release support. Too much tinkering turns gamers off and can lead to debates that often cause placebo effects. Conversely, too little support and the community will question the developer’s commitment, especially in a game with a divided (FUT vs offline) community.

Bring Back The Weekly Challenges

Apart from ratings updates, there’s a huge disconnect between the live seasons and FIFA 18. Unless you’re an online player (seasons, Pro Clubs, and FUT) or deep into your Career Mode, FIFA 18 has probably made its way out of your gaming rotation with games like Call of Duty, Assassin’s Creed and Battlefront recently releasing. Why not bring back some off the challenge modes from the past? Currently, only “Match of the Day” is playable where as in the past you were presented with the opportunity to relive classic matches. Last weekend, Schalke of the German Bundesliga pulled off the impossible, coming back from four goals to earn a draw against their heated rival Dortmund. I used to enjoy jumping into matches at say halftime and attempting to accomplish a result. I’d welcome the challenge of playing as Sweden and trying to hold off Italy during a World Cup playoff qualifier or taking a penalty as Egypt’s Mo Salah with a spot in the World Cup on the line. Between a lackluster career mode, the repetitiveness of the Journey, and the negatives that come with online FIFA gaming, FIFA 18 can feel very stale. Perhaps some new challenge modes can help freshen up the game.

With the 2018 World Cup draw concluded, it’s time for EA to step up to the plate and provide us with a fully immersive World Cup experience as a free standalone mode within FIFA 18. Between the lack of international licenses and authentic stadiums, the current World Cup experience within FIFA 18 is a generic mess. As the world’s biggest sports spectacle, there’s no higher achievement than donning your country’s flag across your back as you lift the trophy. From this tournament, stars and scapegoats are born. It’s disappointing that in 2018 there are still unlicensed national sides and outdated rosters. A standalone mode with full qualification from every region, culminating in a draw (think College Hoops 2K8’s Selection Show) would be the experience we all crave.

Sure, incorporating two new modes into a pre-existing title with a revenue maker such as Ultimate Team is a long shot but if any sports developer has the resources to pull this off it’s EA. The footy enthusiasts are most likely still going strong with FIFA or PES, but a lot of the casual fans have most likely moved on to other titles.

If you have moved on but are still active in the FIFA forum: What can EA do with FIFA 18 to lure you back in and finish the season strongly?