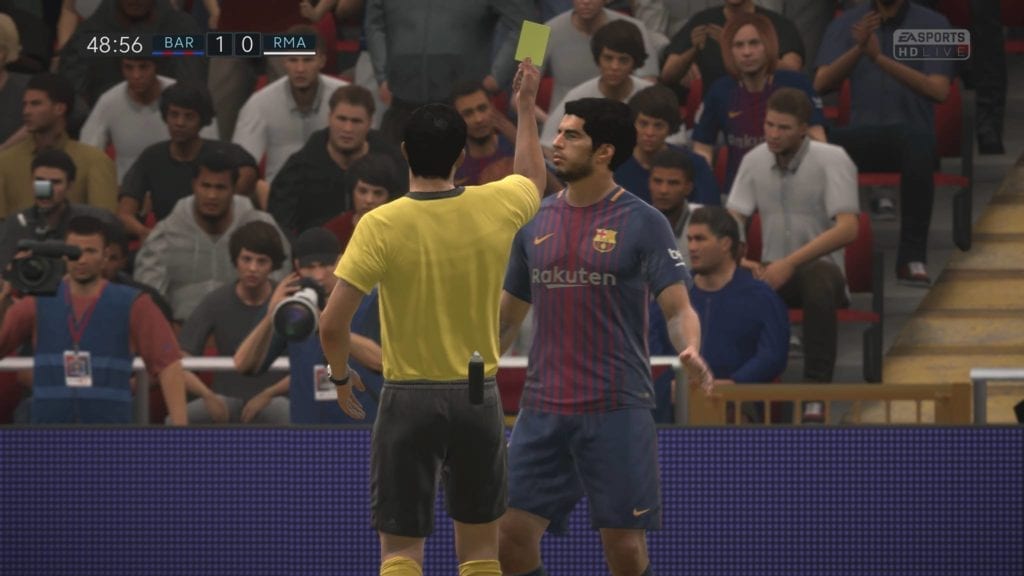 FIFA 18 title update 1.05 is available now for Xbox One and PlayStation 4, and should be available shorty for PC users. This update includes the changes listed below, which were made because some players were using an unintended gameplay mechanic to beat the computer on higher difficulty levels in FUT Squad Battles.

Removed the chance for the CPU AI controlled player to receive a second yellow card when trying to push or pull an opponent, with the exception of an attacker who is through on goal and 1 on 1 with the keeper.

To better explain this change we wanted to provide some additional context around how the CPU team plays the game.