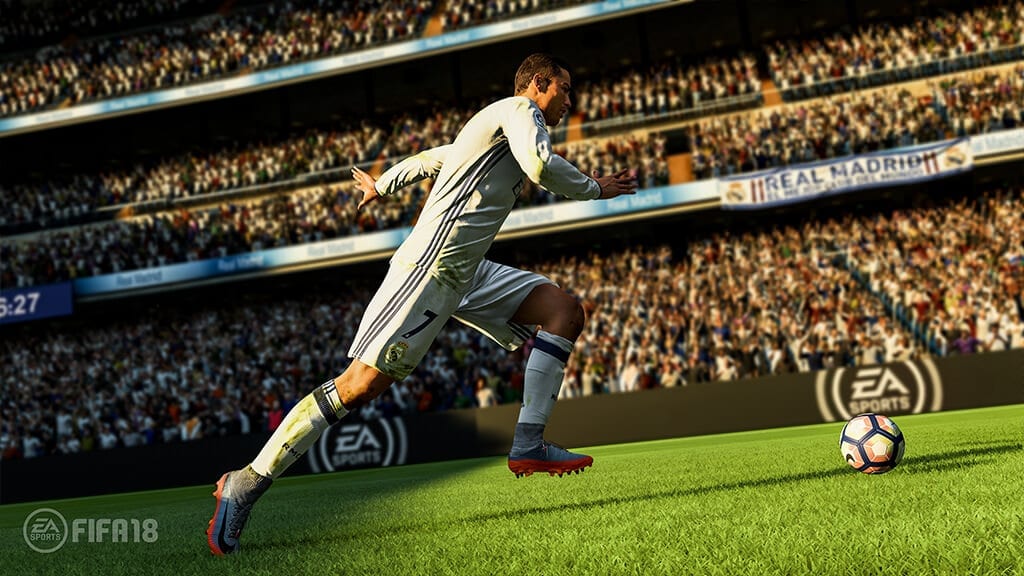 FIFA 18 is scheduled to release on September 29, or 3 days earlier, if you pre-order the Ronaldo or Icon Edition. EA Access subscribers can play the FIFA 18 trial on September 21.

New Player Positioning gives you more freedom in motion as your teammates examine the pitch and react accordingly; darting forward in coordinated runs, or moving into space to provide consistent attacking support. You’ll see players break from the midfield to support a target man, get on the move early to anticipate a precise through ball, and open up the defence by playing the double give and go with team mates.

In FIFA 18 you’ll immediately recognize some of the world’s most-recognized tactics on the pitch. From catenaccio to counter attack, quick passing to direct play, you’ll see some of Europe’s best clubs’ playing styles authentically recreated and feel a change in defensive and attacking approaches every time you choose a new club or opponent.

For the first time, you can easily make changes in-game without having to pause with new context-based substitutions. Whether it’s a missed chance, or a necessary response to conceding a goal, you can instantly decide if a change is needed without visiting the menu.