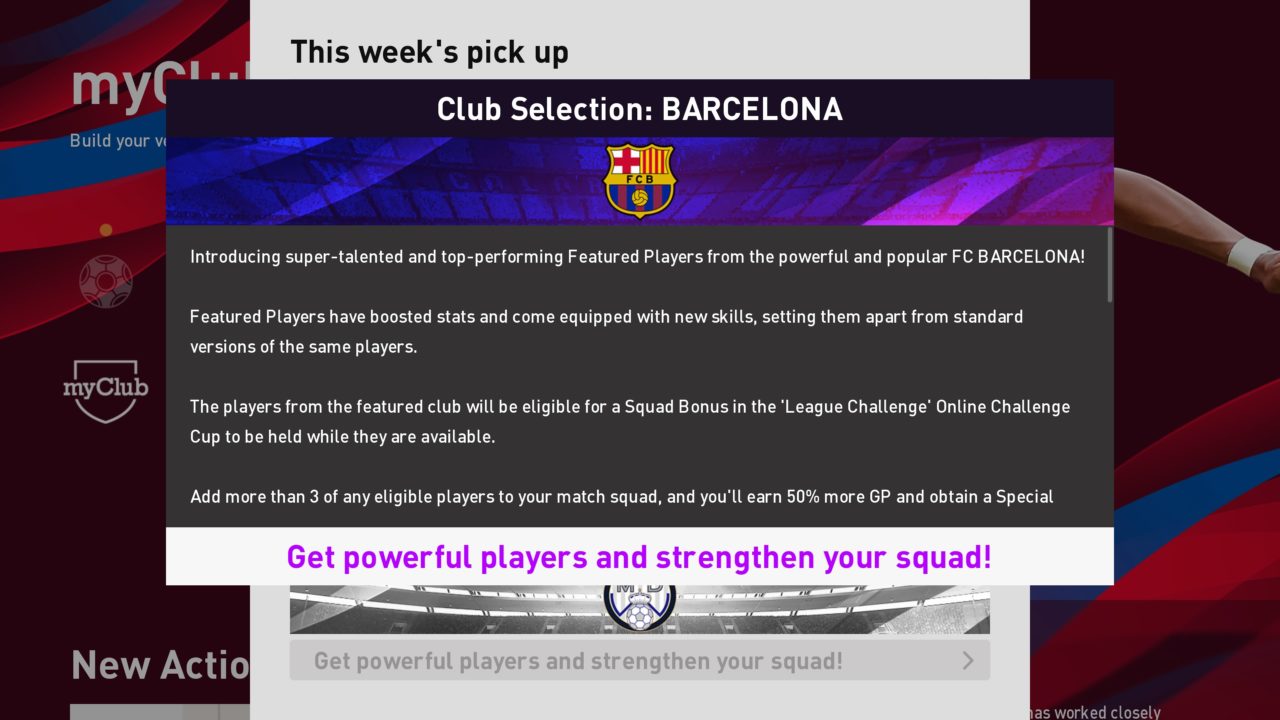 It’s Monday so that means there’s new updates for MyClub in eFootball PES 2020. However, the first update is a lesson in what happens when you schedule out your planned releases well ahead of time. El Clasico has been postponed until December due to the ongoing protests in Spain, but the Real Madrid vs. FC Barcelona themed event is still going to happen this week for Matchday.

A huge Matchday event with partner club @FCBarcelona is live this week!

PLUS, you can add some top Barca talent to your #myClub squads with the Featured Players campaign that's available now!#PlayingIsBelieving pic.twitter.com/Bue6QYJ4Ap

You have the chance to add some top players like Messi and Suarez to your squad to compete in this event. If you acquire any of these FC Barcelona players, they come with boosted stats and new skills, so they’re better than the normal versions currently in the mode. The reward for this Matchday event is 10,000 GP if you can snag four or more points in three matches. In addition, these players can get a squad bonus in the Matchday event, and you can earn 50 percent more GP if you use three or more of these players in the designated matches. 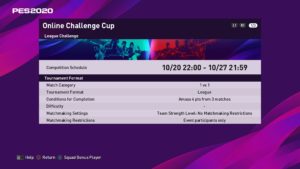 The concept of Matchday remains a cool one in terms of the community picking a side for the hottest rivalry that week and then watching a stream of the top users from each side at the end of the week to decide a winner, but obviously this would make more sense as the weekly event when El Clasico actually takes place in December.

A couple other updates to MyClub also have a Spanish touch to them. You can get a unique agent this week who specializes in signing Spanish League players. There’s a pool of 266 players from Spanish clubs, and then another 34 players from other leagues in the pool. The players who are available will all be at a silver tier or higher. There is also a challenge against CPU Spanish League squads, with the reward being 5,000 GP if you can win all three matches on two-star difficulty.