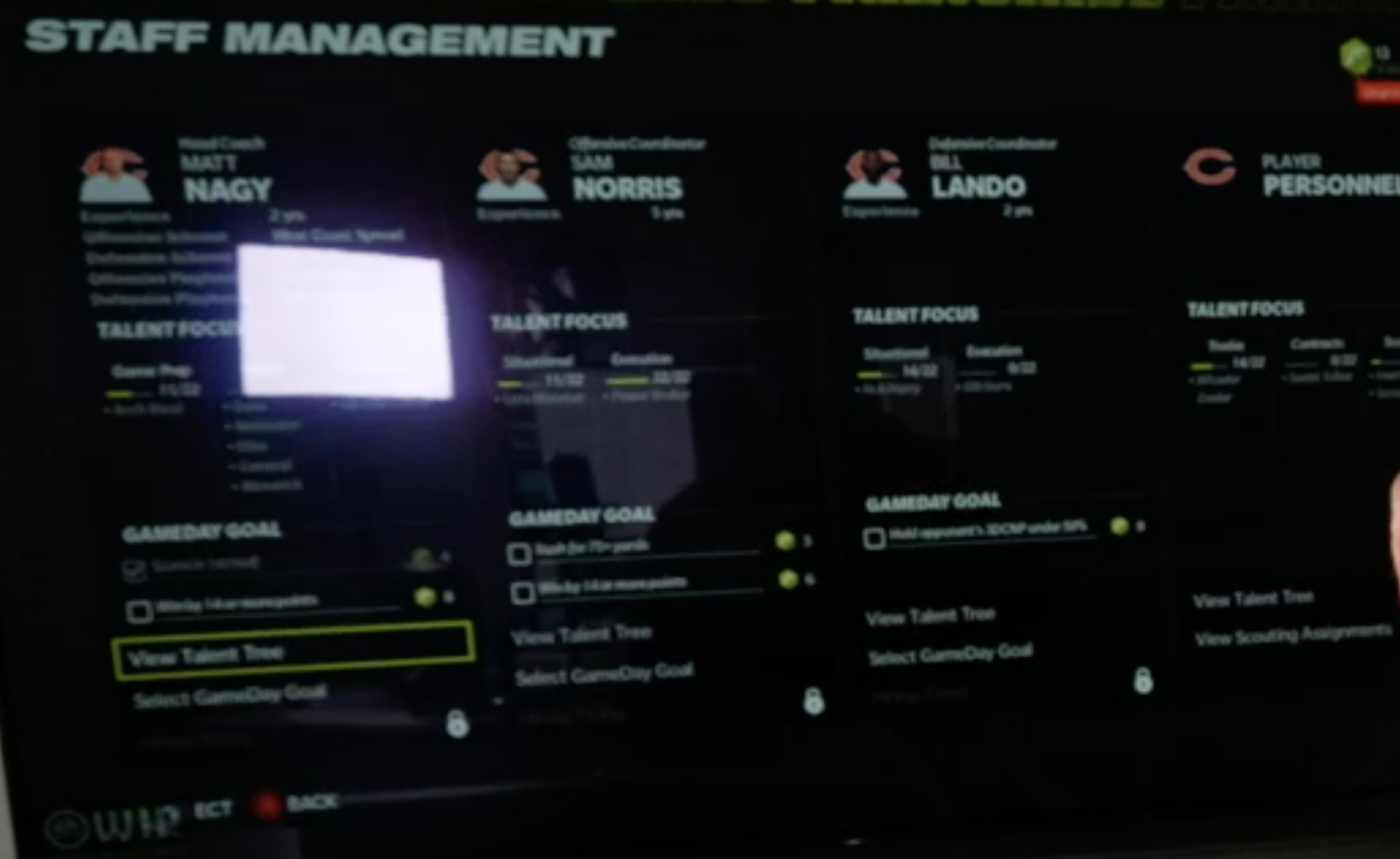 Madden NFL executive producer, Seann Graddy, teased a little Madden NFL 22 franchise mode in his latest video. On display in the background, you can clearly see a “Work in Progress” (WIP) Staff Management screen. If you missed the video, it can be seen here.

It looks like coordinators and talent trees of some sort. It’s just one screen, but could the Madden team be teasing the NCAA Football Coaching Carousel feature, many fans have been asking for?

Before anyone gets too excited, let’s just wait for official word on what it actually is. But it’s certainly fun to speculate.

For those unfamiliar with the Coaching Carousel feature, from the NCAA Football series, or just want to reminisce on a long lost feature, check out the videos below.

With Coordinators Back for Madden 22, What Do You Want From Them?