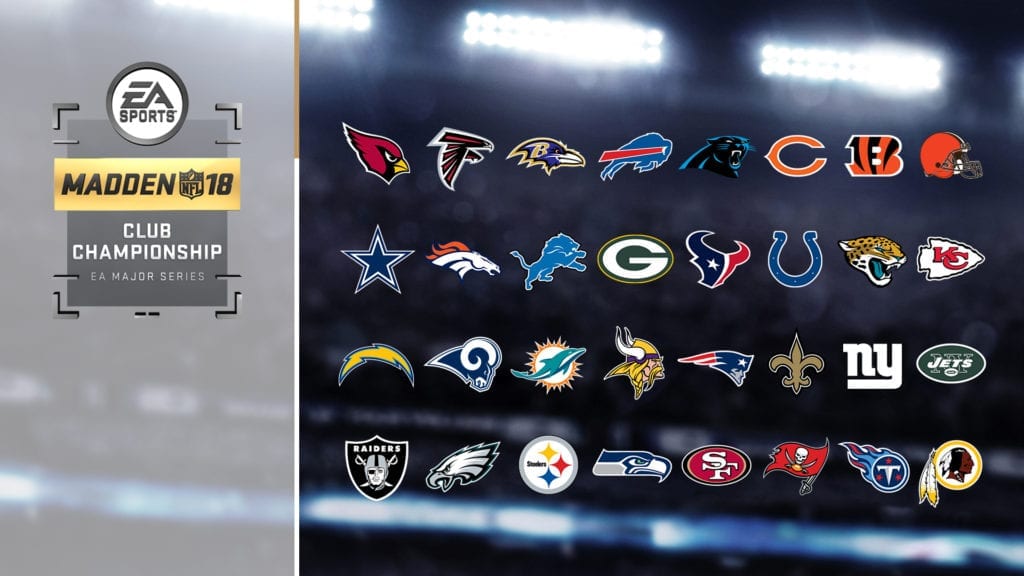 EA Sports and the NFL are teaming up to bring the eSports world a complete 32-team Madden Club Championship for the 2018 season. We knew going in to this season that EA Sports wanted to ramp up the star building power of Madden 18, and this will be one additional way to get that done.

As I look back at last year and begin to craft theories for the 2018 Madden season, I can only think of one question: How many more majors will there be this year?

To build stars and followers for those stars, there has to be tournaments held often and majors held every month or so to really allow players to build rivalries. And this doesn’t just pertain to the guys we know are going to make in impact, this will also allow new players to form their own rivalries. I’m also interested in what role the teams themselves are going to play in hyping up their eSport counterpart.

This could really be a huge deal for Madden eSports if the NFL teams took some marketing dollars and helped promote rising stars. Could you imagine the impact it would have to show an eSports match between two Madden pros before MNF, TNF, SNF?

Even if you don’t care about competitive Madden, you’re going to be tuned into the TV, the ad revenue will be flowing, and as they say, eyes and dollar signs matter.

Whatever the integration is this year, I think it’s great to see the competitive Madden scene grow. I can only hope the steps that are being taken by the eSports team are not taken lightly by any players or fans.

Having dev support is so huge and is something that some titles struggle with, so having a team really focused on making that happen is a blessing.

Community Question: What Madden eSports athlete do you want to see interviewed? Leave your answers down in the comment section. If someone already mentioned your athlete, just like their comment!