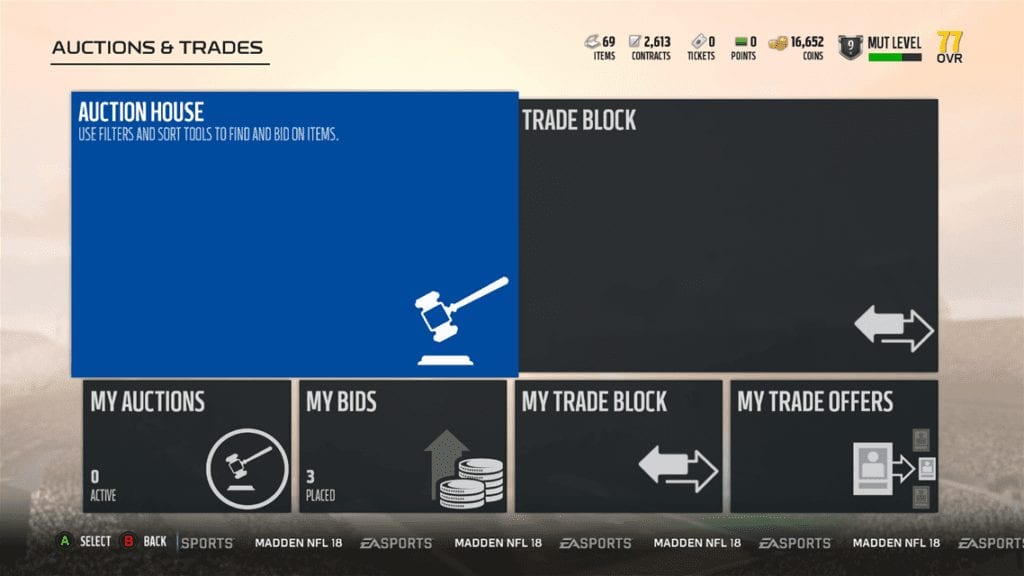 It’s no secret that Madden Ultimate Team is EA’s biggest money maker each year in Madden. It’s the mode that is most divisive as well, with card collectors loving new cards and new art, yet hating the microtransactions and the pay-to-win model. With the recent talk of EA potentially going to a subscription model in the future, now might be an appropriate time to examine how Madden Ultimate Team could be revamped to fit a subscription-based model for Madden.

Of course, as it stands now, Madden Ultimate Team is consistently updated with new challenges and card programs throughout the season. From Most Feared to solo challenges reflecting the Madden Championship Series, there is new content rolling out with enough frequency to keep even the most die-hard card collectors busy. 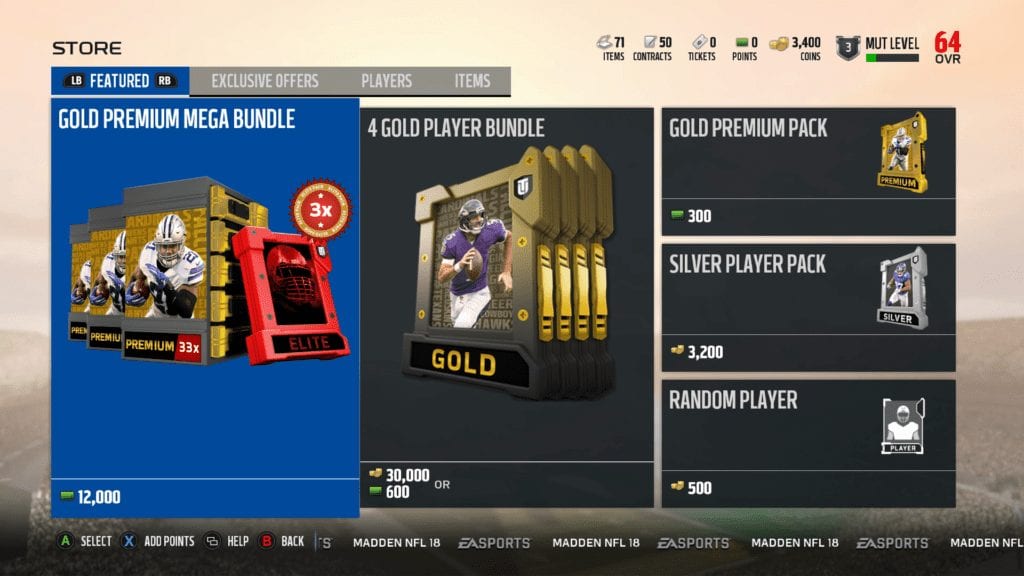 So why change something that isn’t broken? As is the case with an aging vet in the real NFL, it’s always better to cut bait a year too early than a year too late. Despite new programs, cards, and challenges being released at regular intervals, Madden Ultimate Team has seen very few changes to the core of the mode. Madden NFL 18 tried to remedy this by adding MUT Squads to this year’s game, but by most accounts the mode isn’t really something that reinvents the MUT wheel.

Here are a few ways that future Madden games can revamp MUT for future iterations:

As it currently stands, Madden Solo Challenges are limited to gain “X” amount of yards in “Y” amount of plays, or win the game under “Z” conditions. That’s not to say that these aren’t good goals to put in place for challenges, but with solo challenges now numbering in the hundreds, it can get a little tedious.

Why not incorporate some of the excellent Gauntlet mode (skills trainer, not MUT Gauntlet) challenges in there? The rewards can be modest to reflect the zany aspect of the challenges. Who wouldn’t want to have to kick a 90-yard field goal or go 1 on 3 to score a touchdown? Even incorporating some of the team training drills from CFM would be a welcome change from the typical solo challenge requirement.

The auction house is the go to place for finding a specific card. Whether it be a limited edition player card, a stadium, or a uniform to make those players pop, coins are dumped into and pulled out of the auction house in the millions every day. It’s a great place for finding that one card to complete a set, or get a required token to get that last upgrade on a player. You can even trade with other people for what you need.

Unfortunately, EA changed the way trades worked in Madden NFL 18 because the trade block was abused in prior years. If you make a trade now, that player becomes non-auctionable. Why not implement some deeper logic to trades? You can limit the abuse by making trades only work for players in the same tier, or 2 for 1 with players from a lower tier.

For example, you can trade an elite Brady card to a QB-needy user while receiving that elite Richard Sherman card you needed to round out your defense. If you have multiple silver receivers, you can trade a couple of them for the Gold tight end you need. Obviously, this is a barebones example of how potential trade logic could work but neutering trades has not been good for this year’s game.

Take The Randomness Out Of Packs

This is one that EA may not have a choice over. Recently, the ESRB came out and said that it doesn’t necessarily view loot boxes or collectible card packs as gambling, but the fact that it got such widespread news coverage could bring some unwanted eyes to microtransactions in games. While you’re guaranteed to get in-game content in packs, it may not be something you want.

The way to fix this is narrow the parameters for paid packs. Packs could be labeled as “49ers Offensive Leaders” and then guarantee one or more of those players beyond the promised tier. This would cut down on some buyer’s remorse when paying real world money for packs. Any packs that are attained through challenges or by coins could still be randomized, it would only be the paid microtransaction packs that would be more specific.

Add An Ante Up Mode

For the especially hardcore, having a head-to-head mode where coins of various amount are put up in a winner-takes-all game. Much like NBA 2K’s ante-up courts, this could be a great way for competitive players to make more coins to flesh out their teams. It adds a bit of excitement and breaks up some of the same old when it comes to playing ranked head to head in Madden NFL 18.

There would need to be some differences when it comes to Madden ante-up. Firstly, since the games would be 11-on-11 with one user per side, there would probably need to be ratings-based matchmaking to ensure that strong players weren’t preying on people just looking to get their feet wet in a new mode. There would also need to be a severe penalty for the inevitable rage quitting.

Having the quitter pay an extra 5-10 percent to their opponent would go a long way towards minimizing quitting. The downside to that is that honest disconnects would be unfairly punished. This can be further mitigated by also pairing people by percentage of disconnects and not penalizing people with a disconnect percentage less than 5 percent, let’s say. This would make sure that penalties for disconnects were honest and fair.

What Do You Think?

I’ve gone over some of the ways that Madden can revamp Ultimate Team. Not only would this be a way to freshen up the mode in case of a subscription-based model, but it would also give life to Madden Ultimate Team in the current year-to-year release schedule. Some of these ideas are more realistic than others and all of them are open to debate. What’s not is that MUT is due for a major redesign. What would you guys like to see in Madden Ultimate Team moving forward? Be sure to comment below.