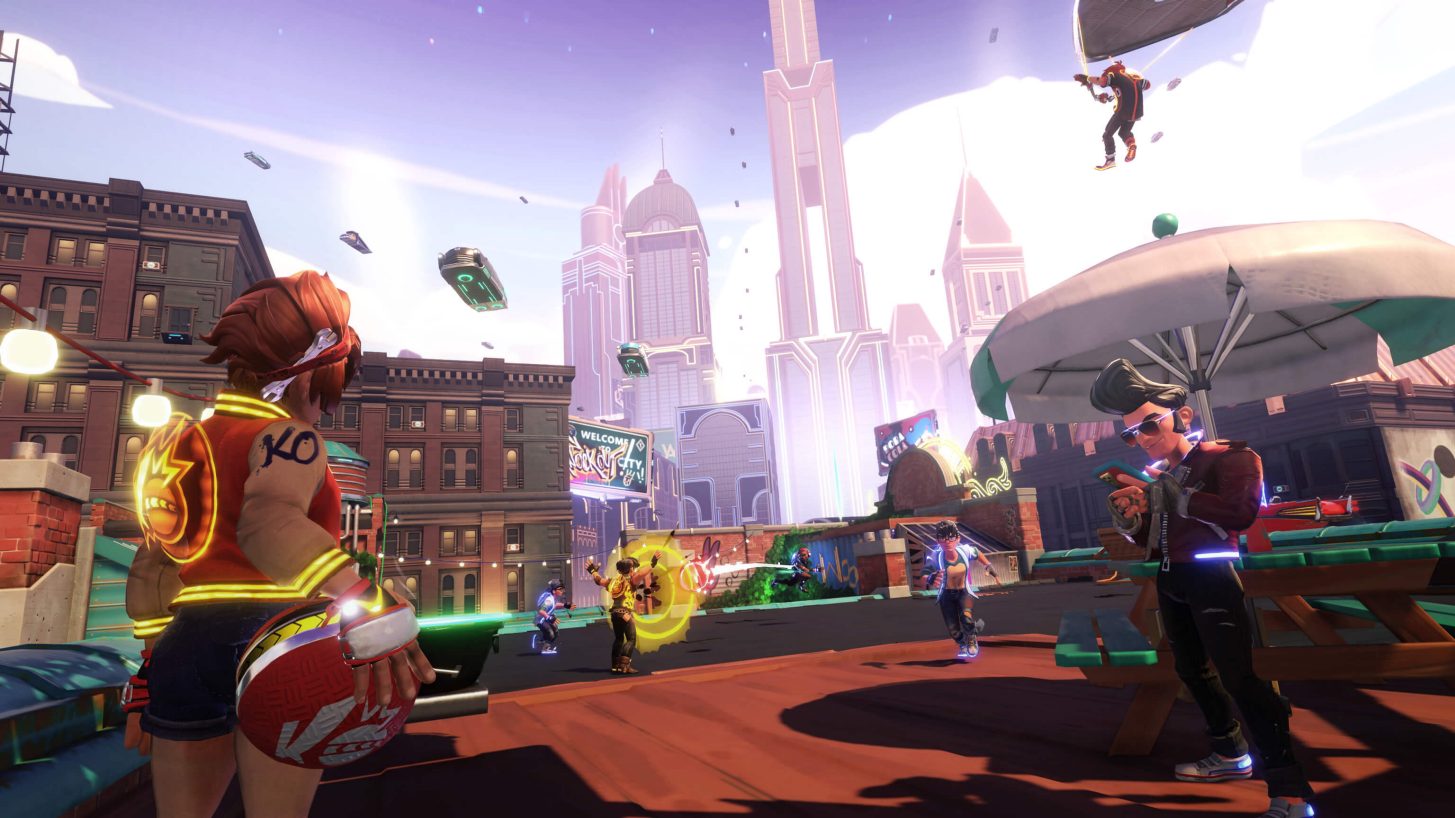 EA has announced Knockout City, a new futuristic dodgeball game, where you can team up and battle other crews in team-based multiplayer dodgeball battles.

Knockout City isn’t your run-of-the-mill, suit-up-for-the-finance-factory, smog n’ grime metropolis. It’s a place where you get to live out your dream of showing up with your Crew and throwing a bunch of balls at a bunch of faces. Everyone in Knockout City rocks their own look, but this is a level playing field, so you’ve got to hone your skills with positioning, timing, and teamwork if you want to get ahead of the competition. Start by mastering charged throws, perfectly timed catches, trick shots, and fakeouts before developing your teamwork to take down even the most intimidating opponents. Don’t be a ball hog! Passing can be the best way to catch a foe by surprise.

No ball? No problem! Drop to the ground and Ball Up, giving your Crew the chance to pick you up and hurl you at your rivals to get a KO. If that’s not enough, charge up a teammate before launching them into the air with an Ultimate Throw, where they’ll land in a massive, instant-KO explosion.

Matches will include a variety of special balls and will be played on the streets, rooftops and alleys laid out across the city:

Players will be able to customize their appearance with plenty of body types, hair styles, outfits, taunts and more. There will also be multiple ways to earn and unlock rewards and gear.

Knockout City is scheduled to arrive on May 21, with full cross-play support on PlayStation 4, Xbox One, Nintendo Switch and PC. It will be backwards compatible on the Xbox Series X|S and PlayStation 5, with enhancements.

Fans can get an early look this weekend on Steam, as EA is running a closed beta. Head on over to sign up. 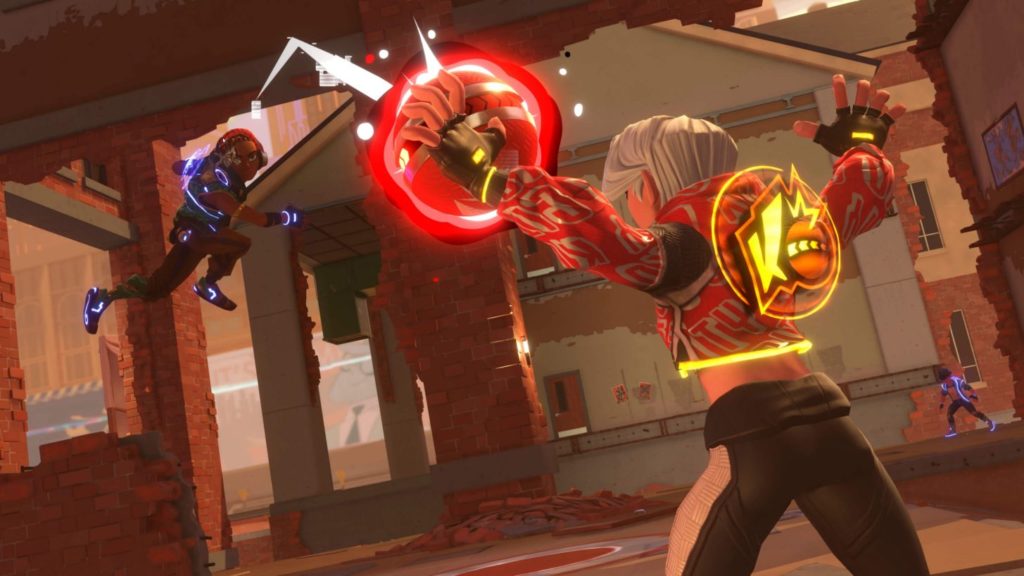 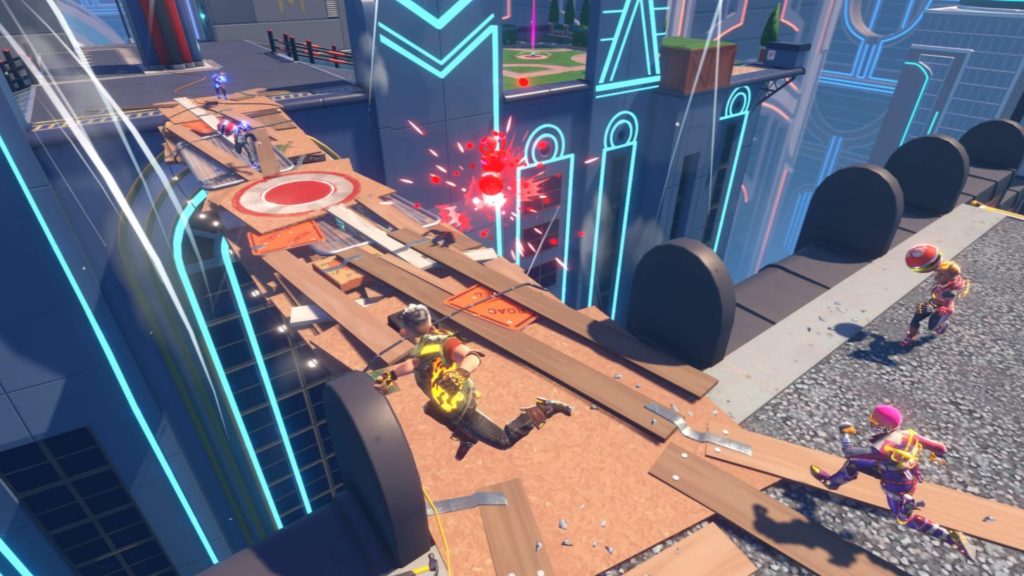 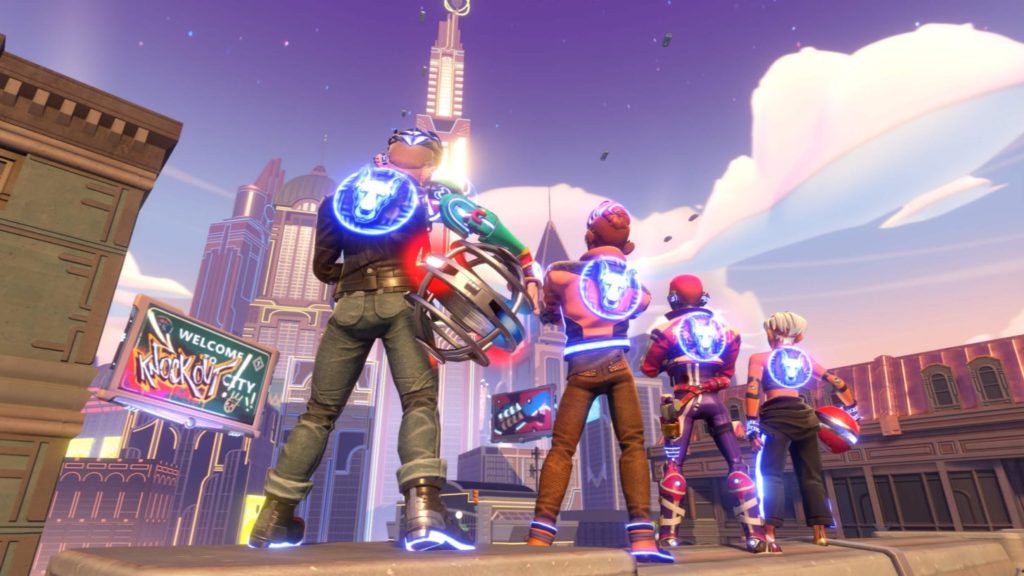 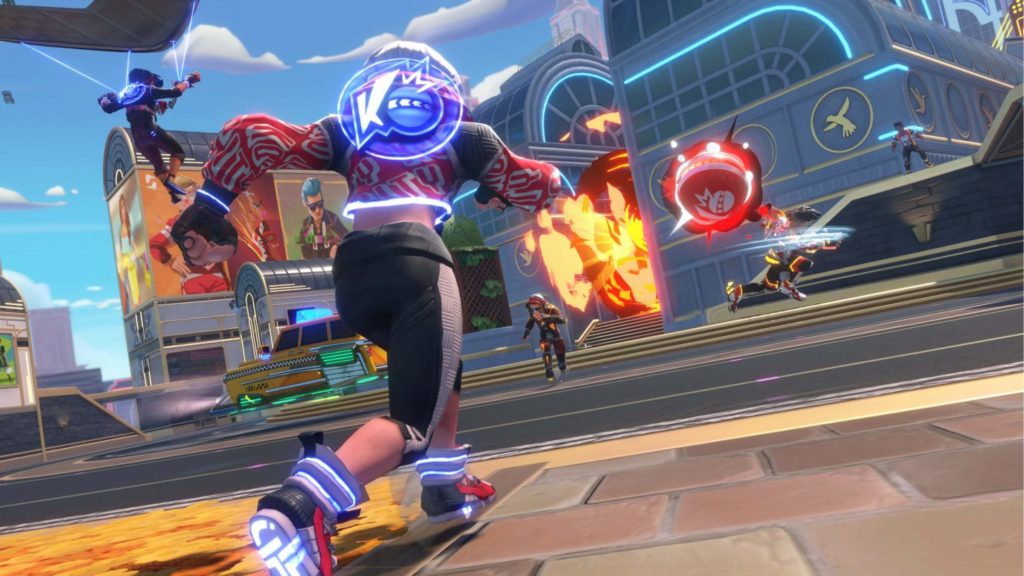