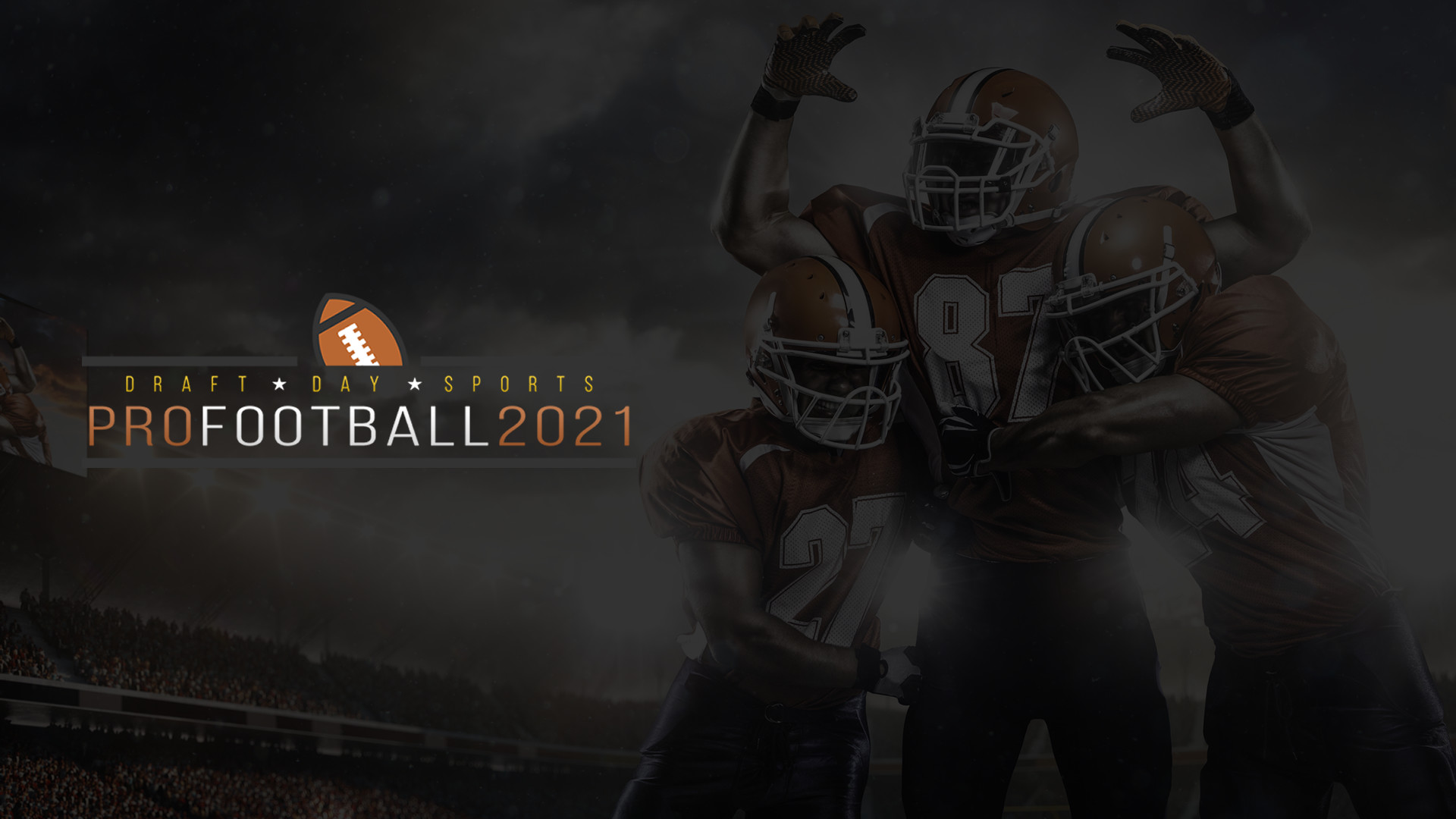 We all know the hype surrounding the potential return of Front Office Football 9, and many of you have played Out of the Park Baseball or Front Office Football Manager (a personal favorite of mine). These are only a couple examples of some of the better text-based sports games. That being said, I’m not a text-based connoisseur, but I did review last year’s Draft Day Sports Pro Football title and was very pleased with my experience. This year’s game preaches control and the newly revamped franchise mode, and I was excited to dive in. Here is my Draft Day Sports: Pro Football 2021 review.

Draft Day Sports: Pro Football 2021 Review – What I Like 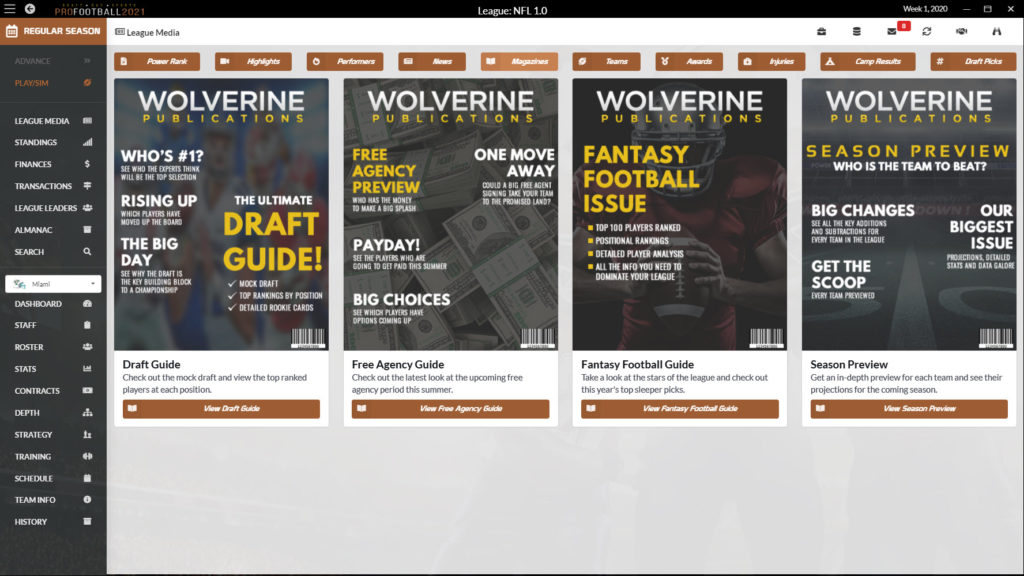 The biggest hype surrounding this year’s installment is, you guessed it, franchise mode. And while the internet has been up in arms about #FixMaddenFranchise, Draft Day was doing just that, which is great because I was already very pleased with last year’s mode. So to say I was a bit excited to see what changes were made is a bit of an understatement.

It should be no surprise that the first thing that stood out to me were the new graphical additions to the draft and scouting. The new animations and in-depth additions like player personality and traits really brought the game mode to life. And the first thing you will notice is how good it really does look from a graphical standpoint.

Looking over my roster, I was able to see my players’ traits, which is another new addition in this year’s game. In real life, all players have egos or a verve about them. This is a way to make gamers adjust and adapt to disgruntled players who seek a new contract or want to be traded. It’s also a nice addition to keep things fresh and add another realistic element.

Stats both offensively and defensively were pretty accurate to what you’d see on Sundays. Seasonal stats could use a bit of tweaking, but overall I was impressed. 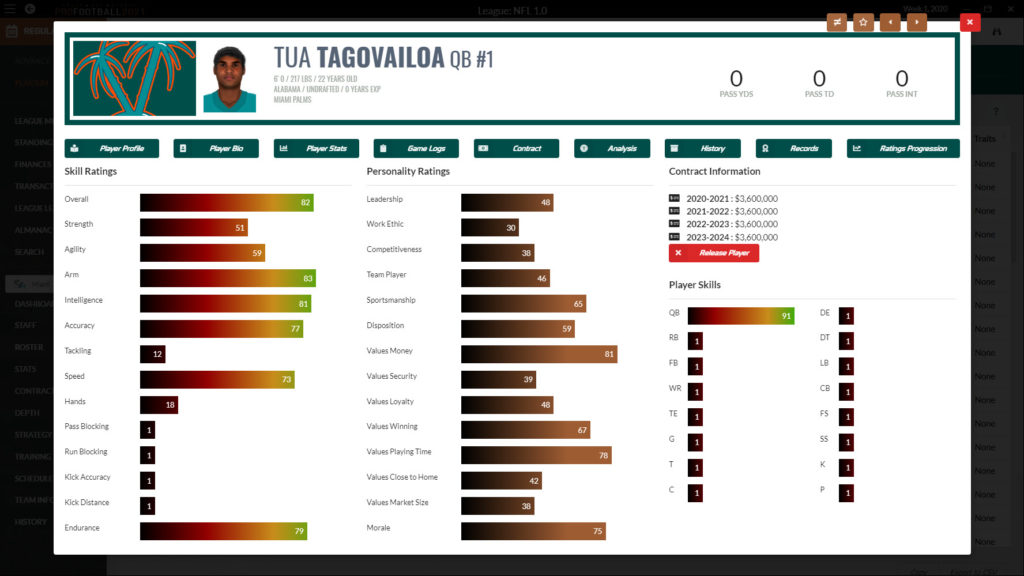 One thing that really stood out to me when playing through a game was the depth of the playbook. For the most part, I’m okay with the variety EA puts into their playbooks. Yes, I’d always like more, but it isn’t what I would call a major weakness for that series.

But this, for a text-based simulation, is impressive. And it admittedly made me want to dive in and call plays to see if I could find tendencies that work on a defense. Besides the laundry list of plays at your disposal, you also have the ability to create your own plays — opening a can of worms as you’d come to expect. Here, you can do a little bit of everything. And for those who want to become the next great DDPF legend, you may have to grind for countless hours to invent the perfect playbook.

Much like I was surprised by the sheer amount of ridiculous customization options at my disposal when creating a few offensive and defensive plays, the same is true for some of the other game modes as well. If I want to commit to a season or video game in general, I want to get behind the character. So deciding on what to name my coach and then trying to figure out the perfect recipe to bring my vision to life was important.

Less dramatic: There are a bunch of hair, face, suit and body options at your disposal. 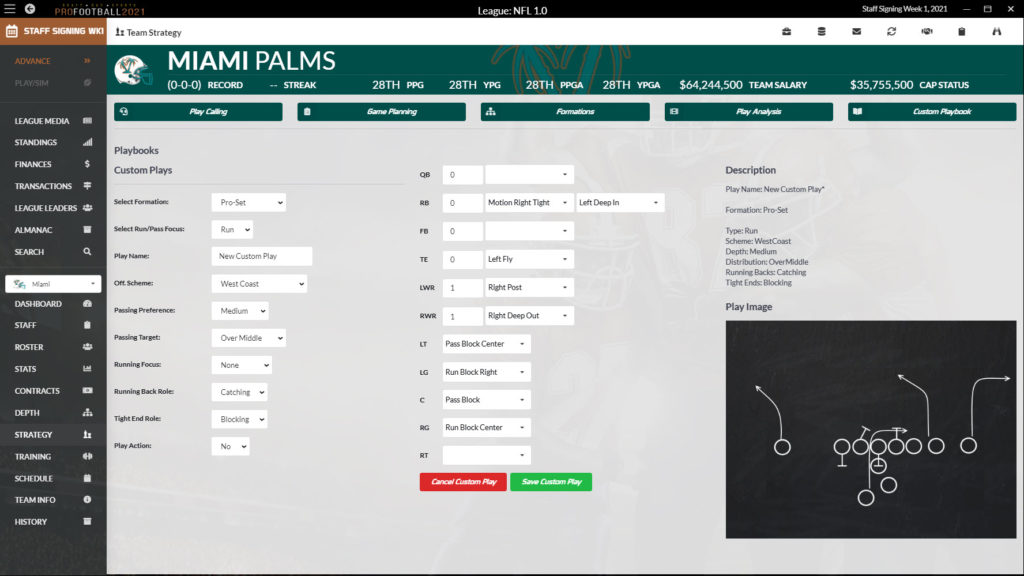 They Listen, They Really Listen!

One thing that can’t go unnoticed is how much time and effort Wolverine Studios devoted to redesigning the menus. There are times when the biggest downfall of text-based simulations are the overwhelming menus, tools and other widgets. Looking back at the review I did on last year’s game, it was definitely something that I had hoped they would improve. And that’s exactly what they did.

Screens are no longer cluttered, and moving from one page to another is as seamless as it sounds. Bravo.

Like any game that has a die-hard following, there are users out there who take the time to create real-life rosters, add real NFL logos, and create endless customizations and mods. This is a good thing because when I’m playing a football game — no matter how big or small — I would prefer it to look as true to the NFL game as possible. So thank you to the unsung heroes that make these things possible. Keep grinding.

A typical game looks like something you would see on NFL.com or ESPN during a live game. And while you’re not watching a 3-D character slap a bone-crushing hit on a defender or make an improbable catch, it is still awesome to watch the circles jockey for position on the one-dimensional gridiron. I watched many Dolphins games throughout my life watching a dot move up and down the field. This was far more entertaining. And looked better if we’re being completely honest. 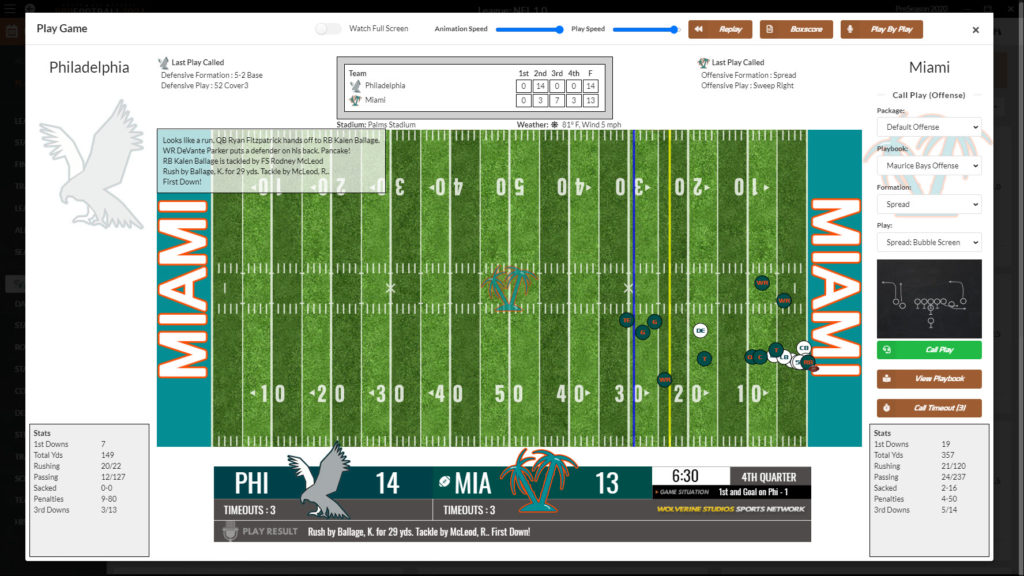 You can choose to sim different aspects of the game, but personally I find myself wanting to call plays, especially during the game’s most critical moments. I also need to mention the sound effects that are nothing to write home about but still add a little bit extra to special moments.

Draft Day Sports: Pro Football 2021 Review – What I Don’t Like

For me, it’s a little bit hypocritical to say Draft Day lacks some replay value because in my experience text-based games don’t have an incredibly long shelf life anyway. At some point, I build a dynasty and have no choice but to start over and embark on a new journey.

Nevertheless, at some point, I will find myself at a standstill and sort of just walk away. This is where the community and other additions are there for to keep things fresh and inject new life. That does exist here, but I still think I’m going to burn out sooner than later like I tend to do with most text sims. Again, there might not be much text sims can do to help me personally avoid this from happening, but I still feel it’s helpful to point out Draft Day Sports: Pro Football 2021 won’t break that mold for me either.

Overall, there’s not much else for me to nitpick because last season’s game was already a stellar representation of the sport. At most, since I continue to beat a dead horse about representation, I might as well do the same here by saying this game is still a bit “overwhelming” for casual fans.

In the end, Draft Day Sports: Pro Football 2021 was better than I anticipated. And while the text-based genre isn’t for everyone, this game is at least a must-try for every person who tweeted the hashtag #FixMaddenFranchise.

I expect to see a couple more NFL text-based simulations pop up over the next couple years. But as far as I’m concerned, there’s only one game at the top of the mountain right now, and while you can make a case for some of the other games on the market, Draft Day Sports: Pro Football 2021 gets my vote.

Give it a try. You won’t be disappointed.