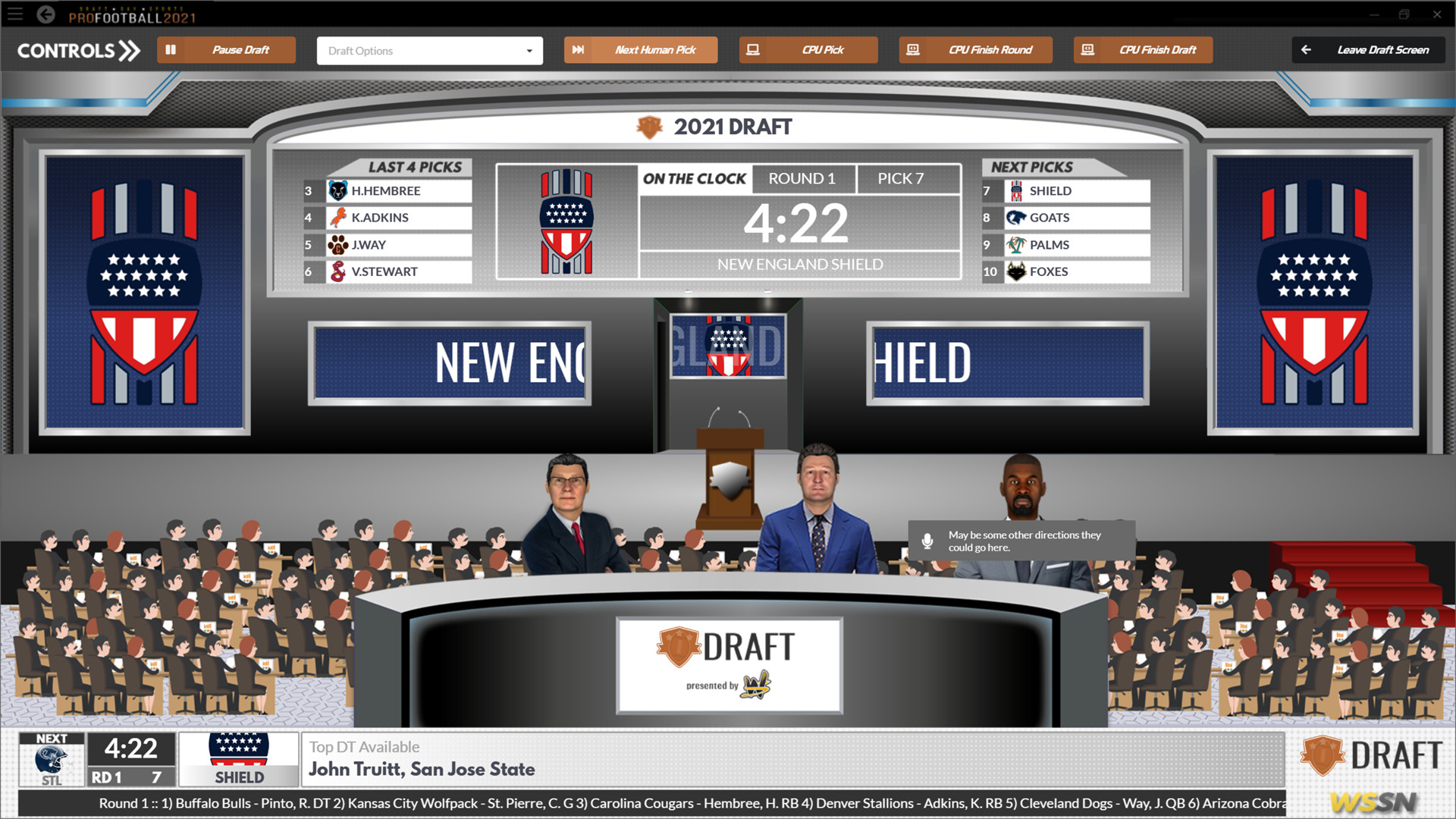 Draft Day Sports: Pro Football 2021 is available now from Wolverine Studios and Steam for $34.99. A free 7 day demo is also available, for those of you that want to give it a try.

If you are looking for a true franchise mode experience DDS:PF21 has it in spades. You have the ability to run every aspect of your franchise from designing and calling plays, deciding your weekly strategies, hiring coaches and of course signing and drafting players. Speaking of the draft it has been totally redone to give you the most interactive and immersive experience in any football game. Enjoy the running commentary from the on-screen announce team, insightful draft tidbits and of course the thrill of making your selection hoping you have just unearthed the next gem to be the star of your franchise.