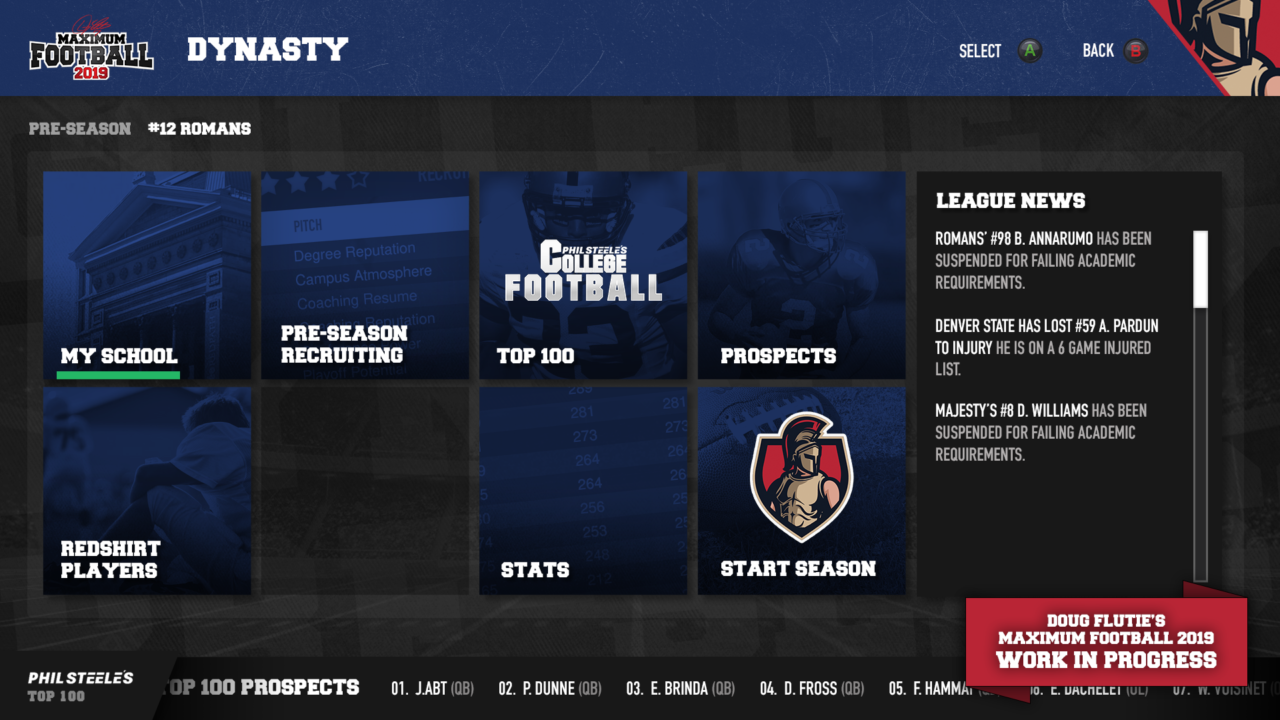 College football gaming is back with Doug Flutie’s Maximum Football 2019, as the team has released their first screenshots of the new college dynasty mode.

Doug Flutie’s Maximum Football 2019 is releasing this September on Xbox One and PS4 and will feature the first College Dynasty Mode on video game consoles in 6 years.

The College Dynasty Mode will feature two league structures (27 team Canadian and 130 team US). Take control of your College Football program and discover the next College legend in our in-depth recruiting system. Guide your team through the regular season and compete for a spot in a Bowl Game or Playoffs! Switch your team in the offseason and take on the challenge of building up another program. The default teams in each league are fictional but can also be customized in the mode’s offseason. 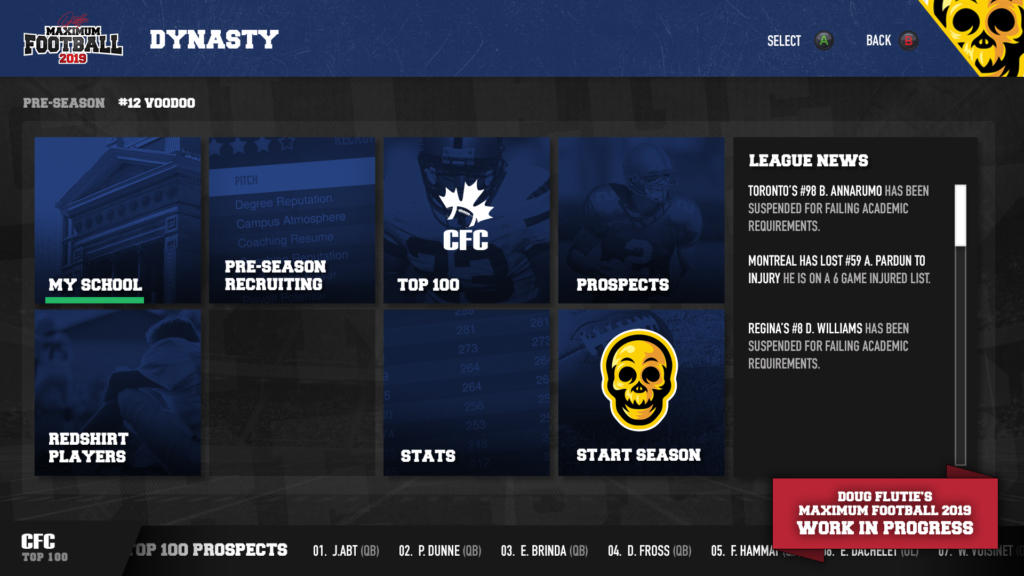 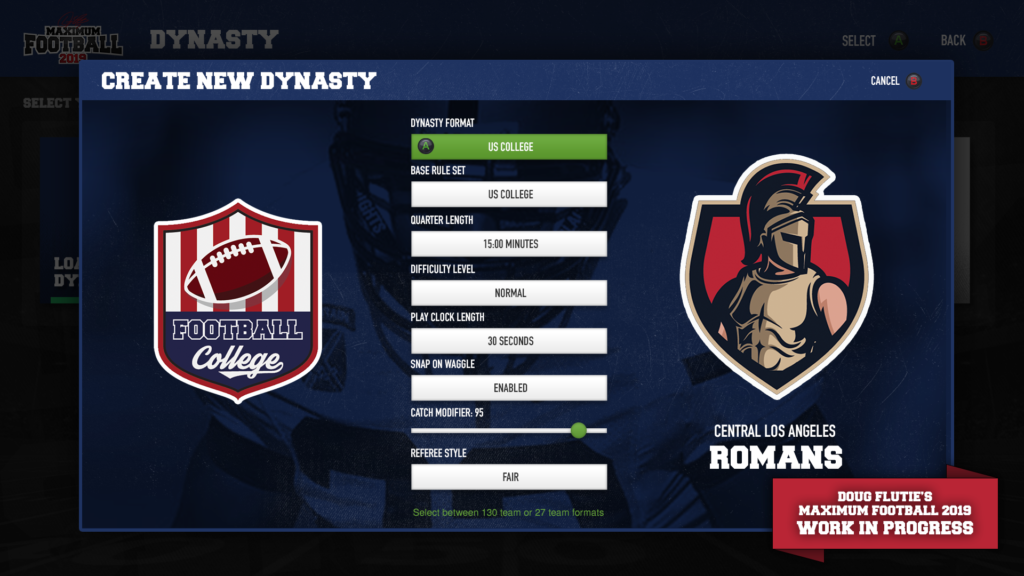 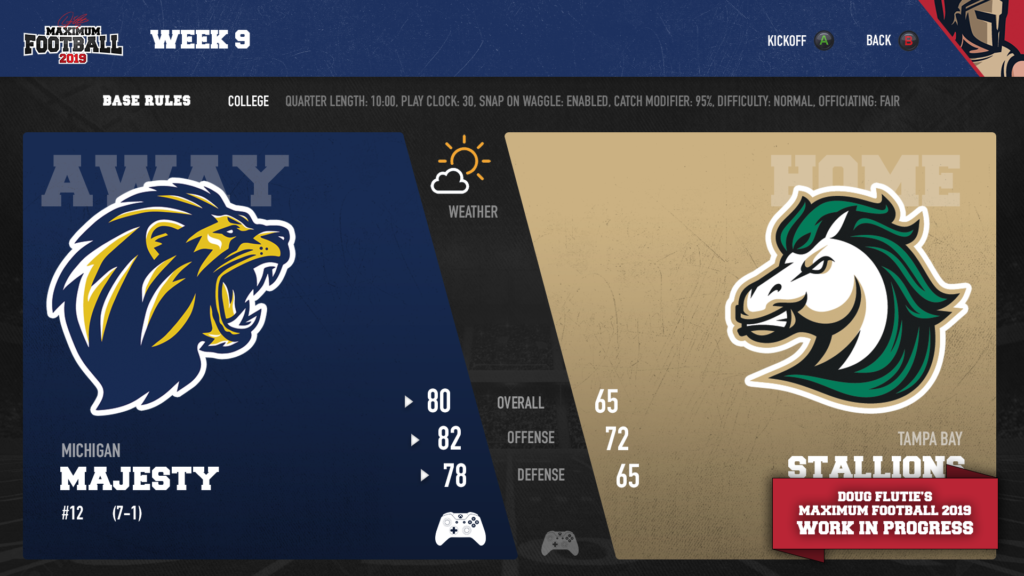 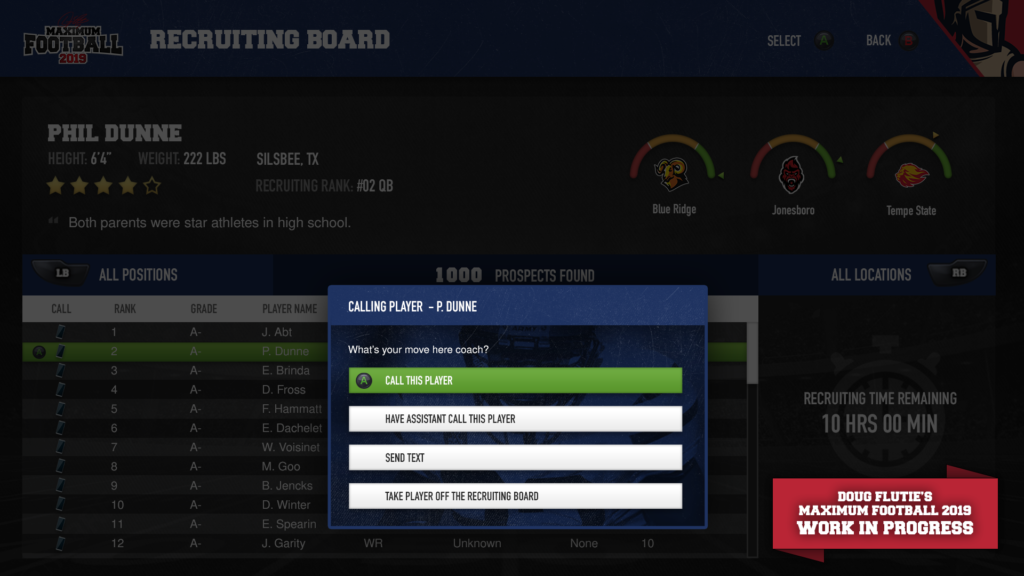 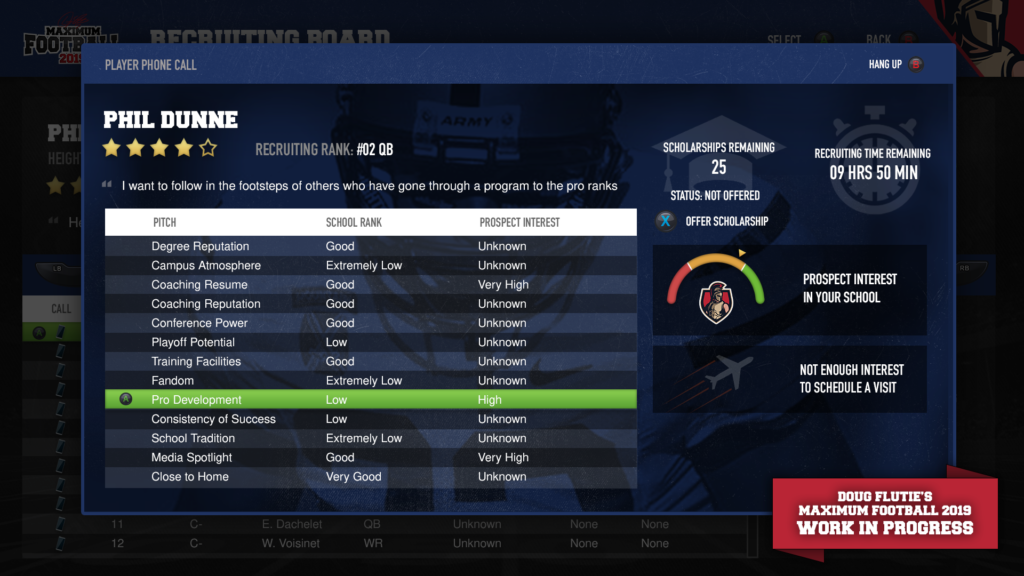 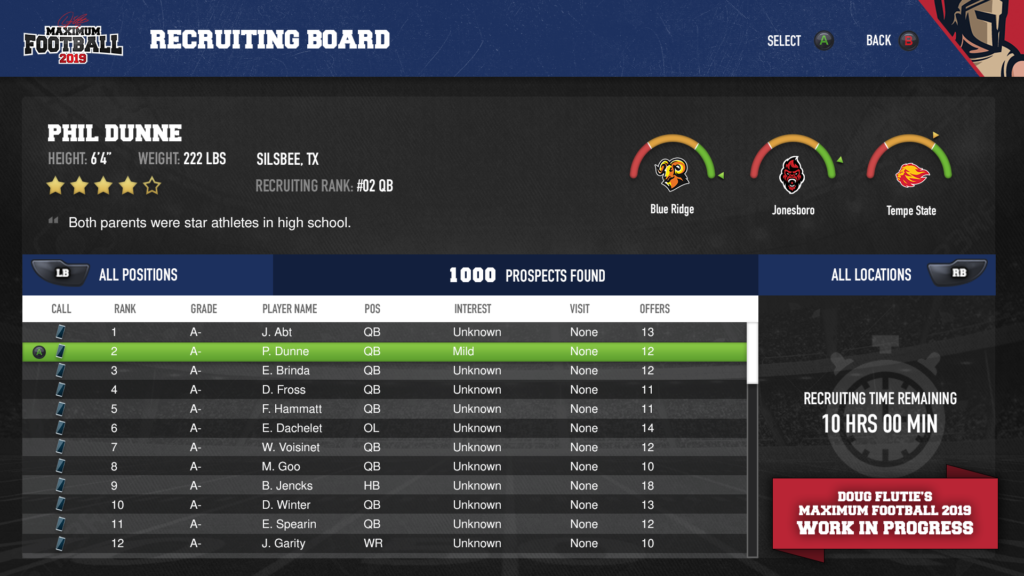 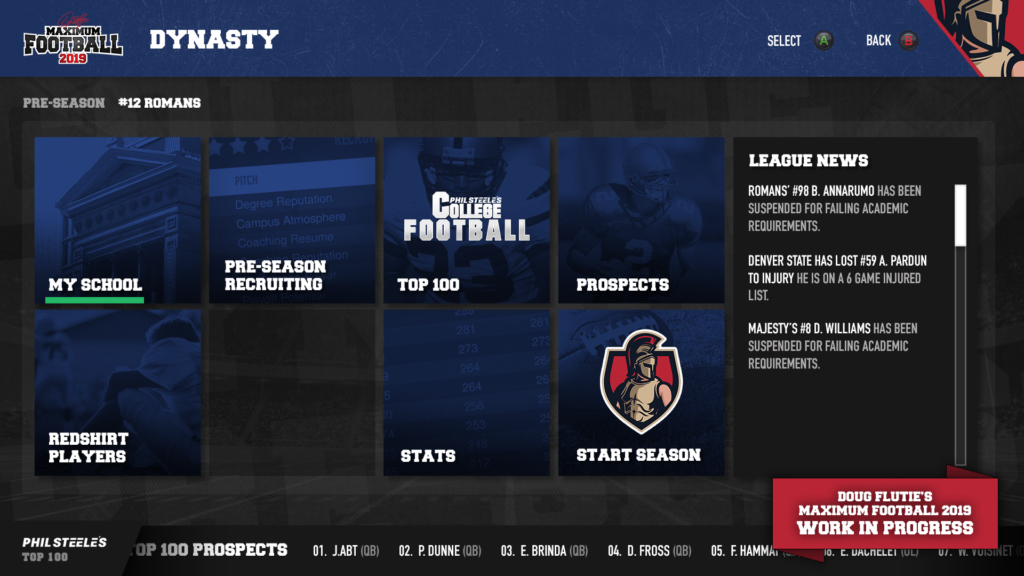 You can get the inside scoop on the development process and contribute to the game by joining their Patreon (http://www.patreon.com/maxfootballgame).