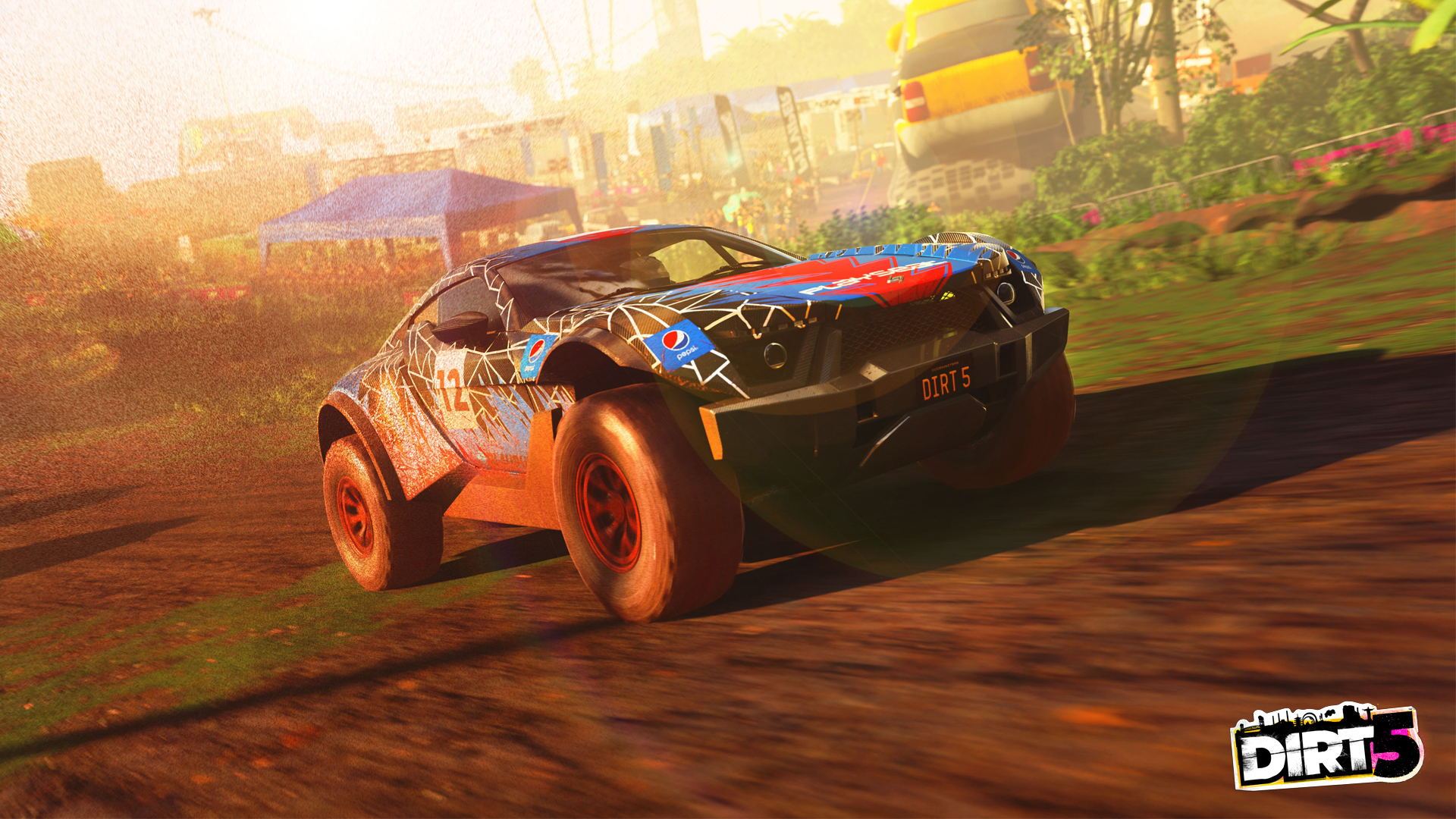 DomesticMango has posted some DIRT 5 gameplay footage showing off various types of racing, including sprint.

A couple of DIRT 5 hands-on previews have hit the web as well, with nothing but good things to say about the game.

DIRT 5 is also a more relaxed game compared to the more challenging and hardcore DIRT Rally 2. Sure, they’re both off-road racers which means there’s undoubtedly some crossover between both titles, and skills learned from one can be applied to other, but otherwise, they’re completely different, especially in terms of colour pallets, gameplay and accessibility. For the more pristine rally driver, your best bet is DIRT Rally 2, but for the rest of us, DIRT 5 has the perfect balance of realism and convenience. It’s easy to pick up and play, but it’s hard to master, whilst the assists can be dialled to make the gameplay exactly how you want it.

In fact, it’s hard not to think of Motorstorm Pacific Rift when racing through the verdant forests and bright favelas in Brazil, as I take part in a new event called ‘Stampede’. These types of races feature steep hills and big jumps, and that last part is incredibly satisfying, as I discover halfway through when I manage to catapult my car over a poor AI racer underneath. That sense of breathlessly dancing on the edge of control lies at the heart of Dirt 5, and can also be seen in the expanded car classes that are in the game.