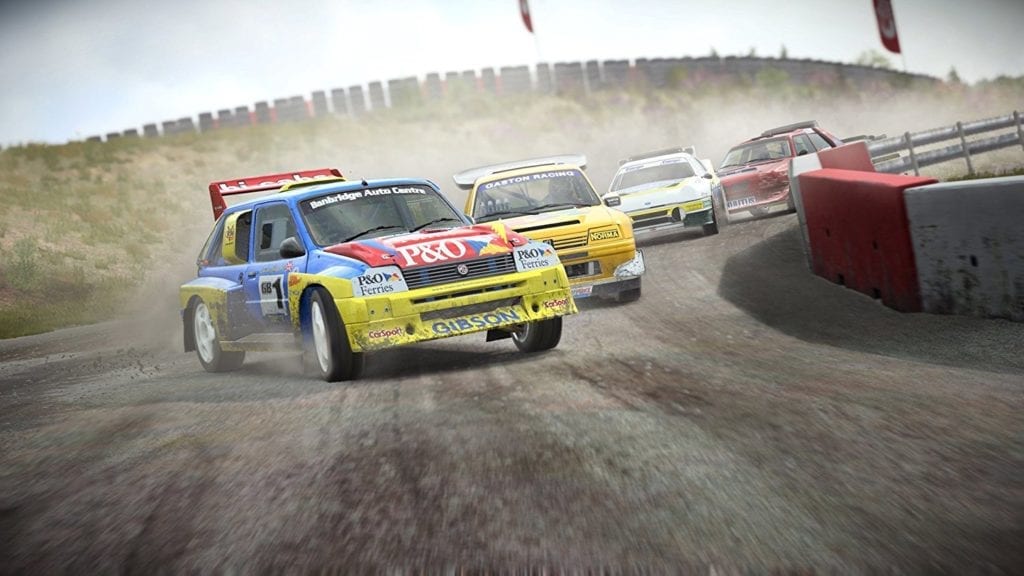 I believe Codemasters is on a hot streak in regards to their yearly racing titles. This time around CM has dropped a familiar title on the racing community in the form of DiRT 4, a title that tackles almost every discipline in the world of Rally/Rallycross racing.

What’s also true is that off-road racing is a complete niche market and sport, which means not only do you have to provide a great title, but you also need to somewhat educate many in the community as to what is going on. The F1 series (another Codemasters title) does a wonderful job of doing just that, and thankfully here they seem to have accomplished exactly the same.

While I am a veteran of the Dirt series, I am not oblivious to my limited knowledge of Rally/Rallycross, but CM does a fine job of explaining what is taking place in each race, which helped the overall experience. While Dirt 4 may not be geared towards the hardcore simulation community such as DiRT Rally was (another great title from CM), what it does do is offer the folks the option to choose how they want to play the game. You can dive in head first with straight simulation settings, or settings that are a bit more geared (pun intended) towards the arcade side of things. Regardless of what you choose, these settings can be changed and altered to meet somewhere in the middle.

Dirt 4 will run you through a beginning tutorial, also known as DiRT Academy, that will help determine what type of skill and familiarity you have, and once you have done that it is time to hit the track. Once you hit the track, it will be sincerely hard to leave it.

The racing at times can be best described as pure visual and physical adrenaline, and the AI comes as close to performing as human-like as I have seen on a console. The AI will run hard, smart and aggressive against you while also making mistakes that are very human. You can alter their approach in the settings, choosing to race on the beginning level or the hardest level — and the difficulty levels certainly alter the driving. It’s important to take your time to see what level of difficulty suits you the best to start because a level of frustration can set in if you go too extreme too  quickly. So try each level of difficulty out with each style or type of vehicle before hitting online or career mode.

As mentioned before, the harder the difficulty, the less assists will be turned on for each type of vehicle and surface. So while the handling is very well done, it does vary — so be wise. The great thing about the gameplay is that it can all be manipulated and customized to make sure you max out the entertainment and challenge.

Controls are so important in racing titles, and CM has that covered. Not only do they allow for controllers, but also a wide range of wheels. Each one has a different feel, and accordingly, each one can be modified and changed to one’s liking. People have different tastes when it comes to how to play a racing title, but I’m pretty sure you can find a wheel or controller setup that will suit your needs. For many of you, the career mode in Dirt 4 is what will determine whether it’s purchase worthy, and also if it’s worthy of a slot in your already overstuffed rotation of games. If the before mentioned rotation really is that backlogged, it’s time for one of those other titles to say goodbye because Dirt 4 should replace it. The career mode in Dirt 4 is really heavy on RPG elements as it requires you to take control of your racing empire and build it from the ground up. From acquiring and upgrading vehicles, to making sure your staff is happy, to building an impeccable R&D center, Dirt 4 doesn’t just require you to excel on the track, but off it as well.

In the career mode, you start off as a simple driver for hire, with aspirations of hooking up with a team or starting your own. As you win more, your cash influx goes up and you’ll get better sponsorship opportunities. We have seen this done in career mode many times with different games, but that doesn’t take away from how well it’s implemented in Dirt 4. Now once you start career mode, you will find there are three main disciplines in career mode:

Rally – This is typically defined as stage racing, or point to point. This is a single-car endeavor (typically), which has you navigating the treacherous (and beautiful) surroundings all while trying to put up the best time completion number you can. A standard rally compacts are used for this, but they still carry plenty of power and maneuverability.

Land Rush – Break out the rally trucks, buggies and cross-carts for this style, which is easily my favorite. These are closed courses, and they consist of heat racing so there’s no guarantee you hit the podium in the end. The diversity of racing, vehicles and terrain in Land Rush is amazing.

Rallycross – This type of competition is something most will be familiar with. Typically Rallycross will pit you against other compact rally cars racing on a course against each other. Unlike most other off-road disciplines, this style throws a surface mixture of gravel and dirt, requiring one to approach each surface differently.

As you progress into your career, you will continue to unlock different licenses, earn money to upgrade vehicles, facilities, and help promote sponsorship awareness.  As I mentioned before, there is a decent RPG element that is going on throughout the game, and the longer you play and more you achieve, the more the game opens up. While the servers were up and running during the time of this review, I could find no sessions to take part in. Previously CM has provided a solid online experience, and so I expect that not to differ too much. Once you get online, you can join or create a session, create a championship for others to join, or simply set up a private session for you and your friends. If you choose to create a session, the game offers the ability to set it as public or private, change the difficulty, allow or forbid assists, and tweak how many races are available. While Dirt 4 doesn’t quite draw you into the world of rally racing in the same way F1 2016 did with the world of F1 racing, it still does an admirable job of immersing you into the race weekend. Dirt 4 provides venues that are alive and saturated with sponsors that are familiar with the sport, but does so in way that feels organic.

Graphically, the game looks amazing on the PS4 Pro and on my Samsung 4K television, and from what I have seen, it will replicate the high-fidelity look on the other platforms as well. The menus are easy to navigate, the information is simple to consume, and all of it was created with simplicity and ease of access in mind. For me to describe an off-road game as a must have, that title had better wow me because I most definitely prefer standard street/oval/road course racing. With that said, I am giving this title a high “run out and buy it now” tag because it absolutely deserves that.

The newest title from Codemasters excels in almost every way possible, providing options, authenticity, depth, and most of all, fun. I am being sincere when I say I experienced some of the most fun I have ever had in a racing game while playing Dirt 4.