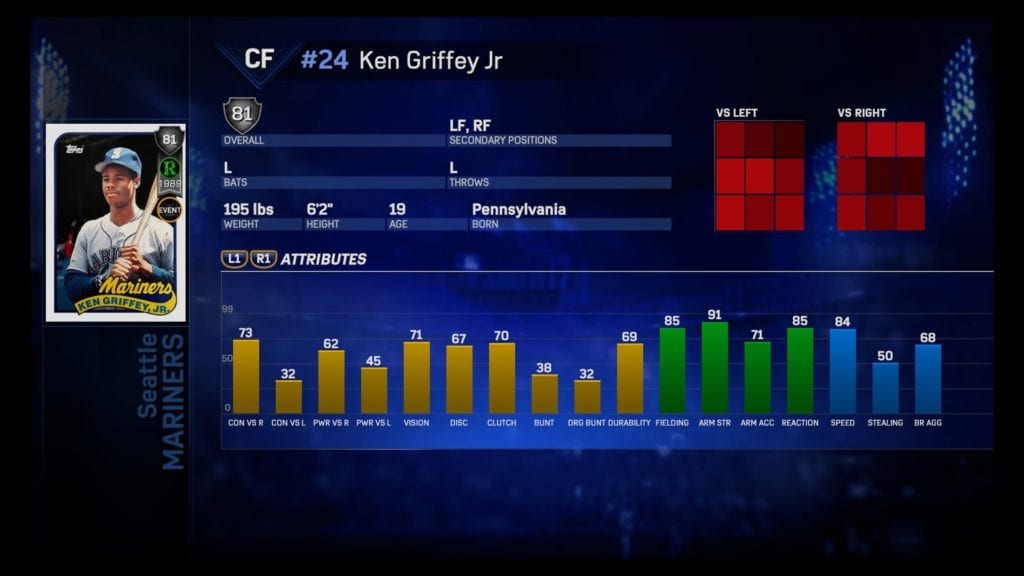 Beyond that addition, there are two new time-limited missions that tie in to Father’s Day. During Father’s Day weekend, using Ken Griffey Sr. and Jr. cards will push you towards the universal retro icon for your profile.

On the card pack front, there is the June 16 Bases Loaded pack, which is a rehash of an earlier concept where you can get one old promo pack or a bundle of packs (10, 20, 50), plus your two guaranteed standard packs from a random set (1-6). You can buy three of these packs, and each costs 5,000 Stubs. In theory, this is a good value proposition based on how much those packs would cost on their own, but of course it still comes down to what you pull in those packs. Either way, I enjoy this style of Bases Loaded pack because it ups the randomness in a way I enjoy even if the final results still aren’t great cards.

Lastly, just a reminder that the new Ranked Season (Monster) began this week. The rewards are an All-Star Miguel Cabrera (98 overall) if you make it to World Series, and an All-Star Tim Lincecum (89) if you at least make it to Pennant Race. The season will end on July 10, and this season certainly gives the best Pennant Race reward so far for this year.

Below you can find a couple miscellaneous pictures relating to these updates, but that’s it until next week y’all. 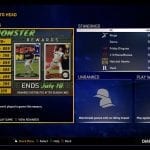 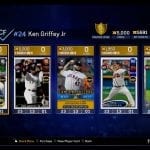 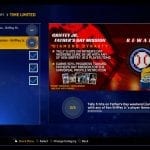 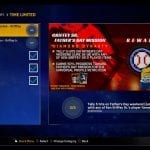 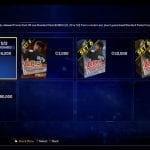