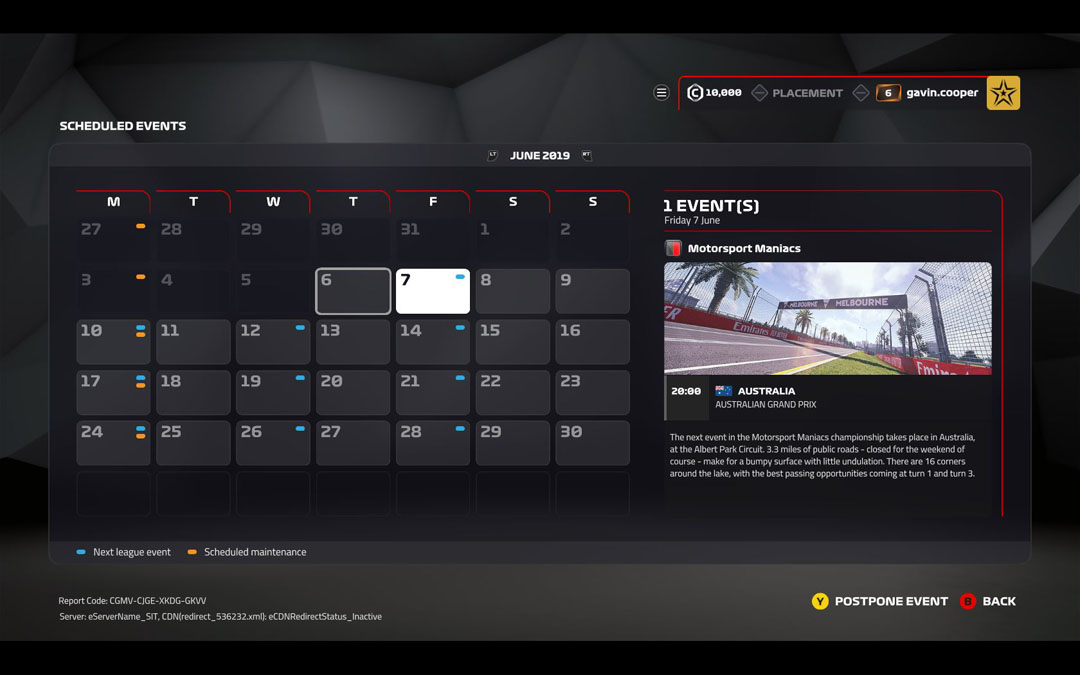 Codemasters has revealed more details on F1 2019 leagues, which a series of race events with a persistent score. Whoever has the most points at the end of the final event is declared the winner. In F1 2019 the progress of each league championship is stored on the game’s online services, meaning individual league members can interact with the league even if the league owner is offline.

Leagues have a whole suite of other options to allow you to configure the kind of experience you want:

These are just some of the options available. As well as these, you can also find a similar range of options to those seen in GRAND PRIX™ or Unranked modes: weekend structure, race options, assist restrictions.

The Super Licence is the record of your time spent in F1 2019. And with the improvement to online services, you can now view other players’ Super Licences from anywhere within the game, even if that player is offline!

The Super Licence is accessible from anywhere in the game’s menu system. It comprises three main areas:

You can read more about F1 2019 leagues and the Super License at the official website. Also check out the stream, the team hosted a couple of days ago, with plenty more details. 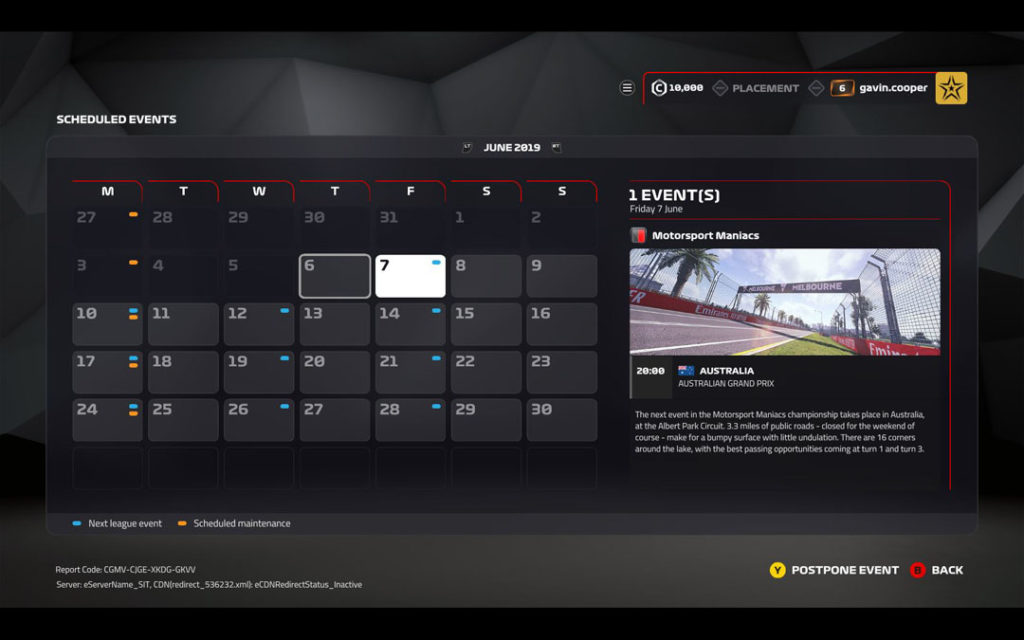 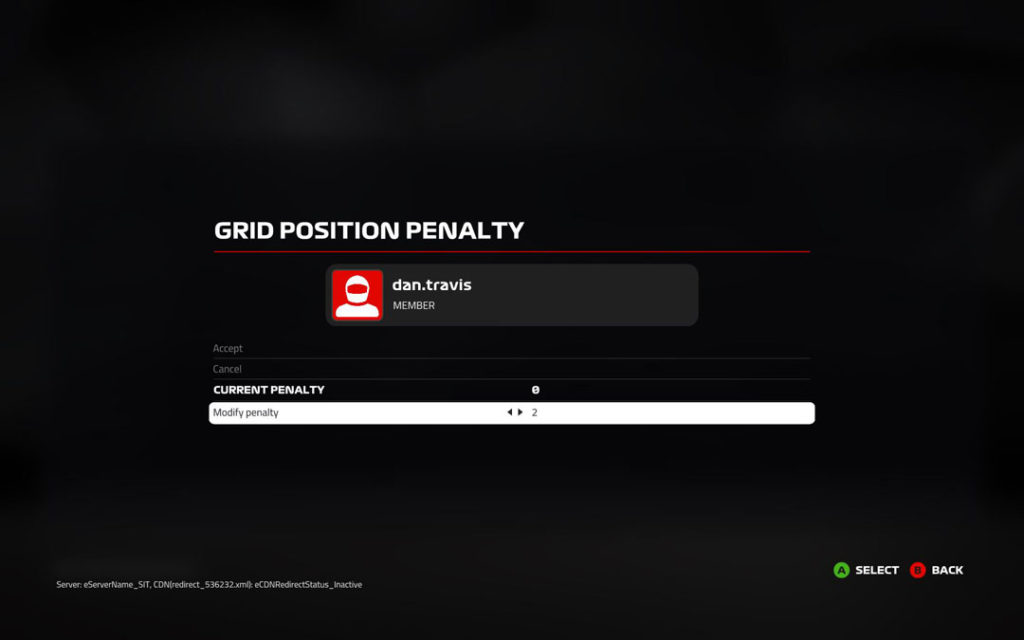 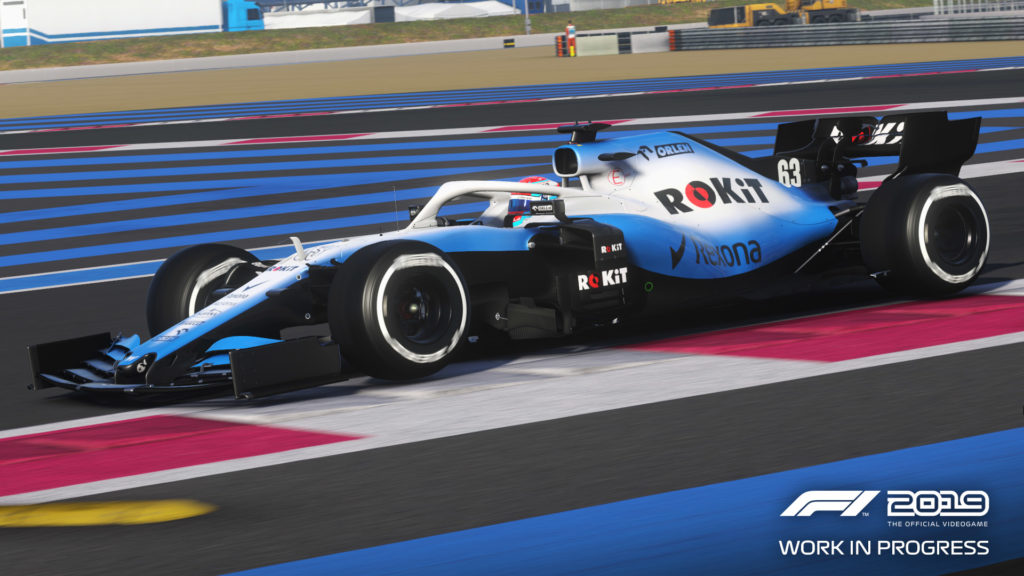 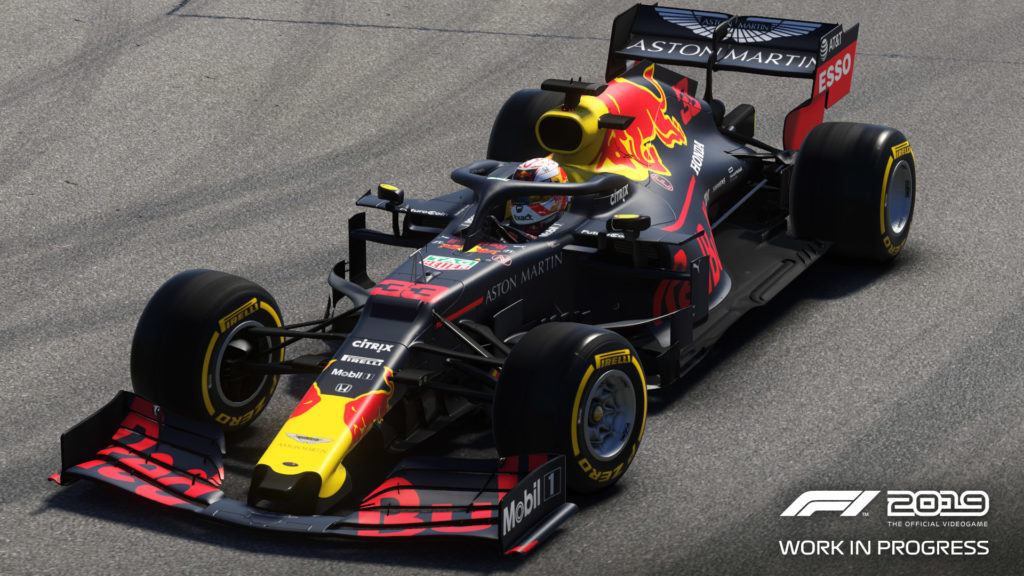