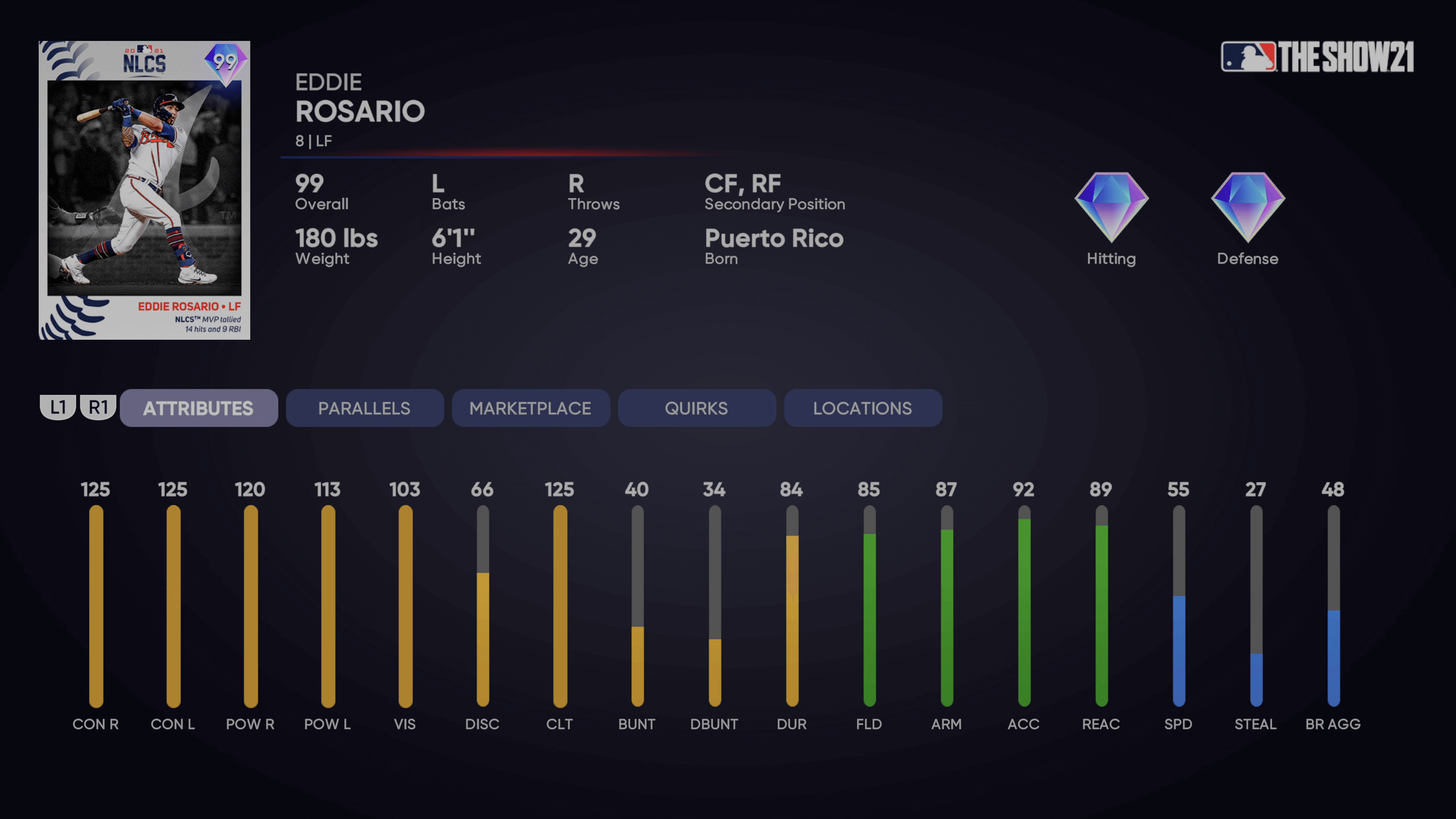 The hits keep on coming with the playoff programs as the Championship Series Program looks like another great edition that follows up the Division Series Program. We know we’ll be getting Team Affinity Season 5 in November, but until then these programs are the big things sustaining folks in between the launches of the inning programs. In this program, we get five new players: Postseason Tyler Matzek, Postseason Brusdar Graterol, Postseason Rafael Devers, Postseason Yordan Alvarez, and Postseason Eddie Rosario. 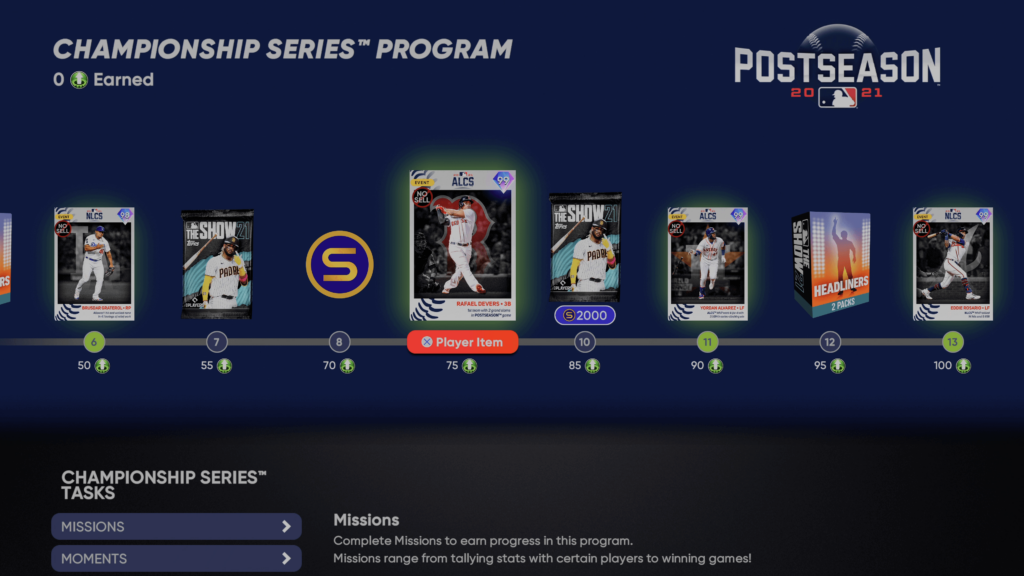 Like I did for the last two Postseason programs, I’ll look at some comparisons for these players where applicable. However, I’m saving that for the end of the article. 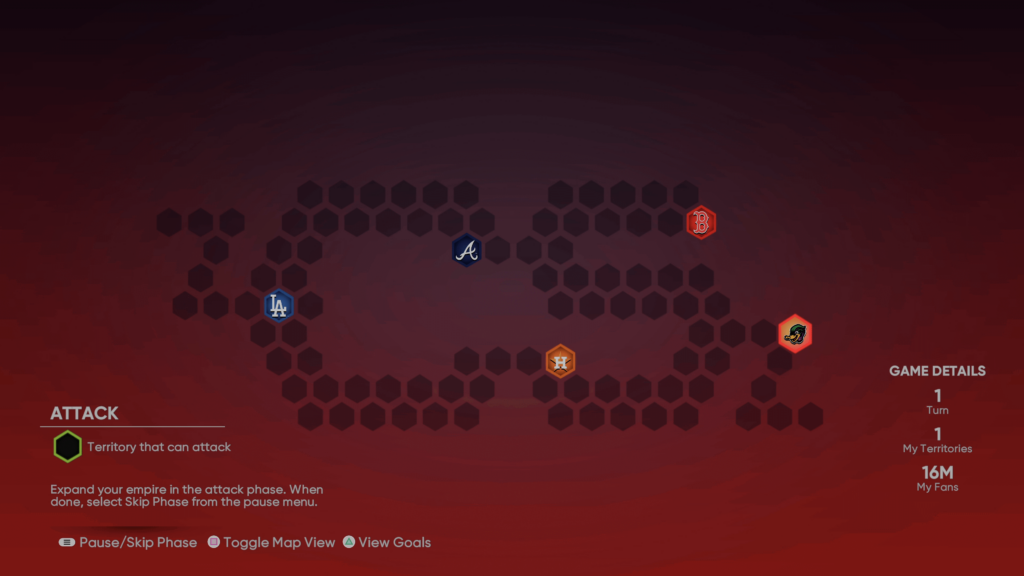 You need to steal 3 million fans and conquer all the territories to snag the 30 points in the program. 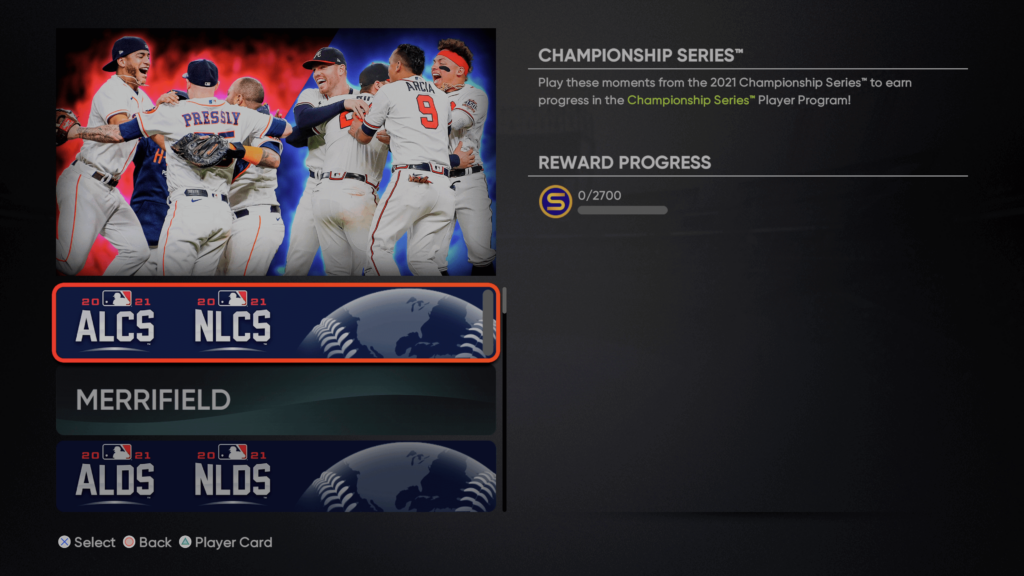 There are eight moments, and each one is worth 4 points.

Since it’s getting to be late in the year and we have multiple versions of many players, I will try to do this a bit more at times. Let’s run through the “special” versions of each player out there now.

This comparison is easy to do. The new Postseason Rafael Devers is better in every way compared to either of the two other diamond Devers cards that have been released this year (3rd Inning Program, Team Affinity 3). There is no real reason to ever use the 2021 All-Star Rafael Devers ever again, even if it is Parallel V. Devers was a very popular card for a certain amount of time, so this is probably a nice get for some people out there.

The original Yordan Alvarez launched as a 42 Series card with Team Affinity 1 (right at the launch of the game). I still use this card from time to time, so I’m stoked to be getting an upgrade. Like with the new Devers card, there is not much to think about as this is an upgrade in every category. You’re getting major upgrades in contact and power, and you even have gold defense now for Alvarez. He’s got a great swing, so I recommend trying him out if you have not yet this year.

This comparison is a little more interesting (but still not very interesting) since we got a Rosario Topps Now card when he hit for the cycle in September. He has maxed out contact vs. RHP on both cards. However, beyond that component the new Postseason card is better in every other way. I have not used a Rosario card much yet this year since his stance is a little tricky for me, but I’ll be looking into this one.

Overall, this is a change from the last two programs because the new cards are just far and away better than older versions of themselves. There was at least some small debate with a couple of the players from prior programs, but SDS has upped the ante a bit here, which makes sense since these performances are coming on bigger and bigger stages now.

I’m not sure if this counts as the strongest of the three sets since there is no starting pitcher here, but getting two relievers is a great get because we’re always looking for new options there. I’m a little surprised there had not been a Graterol forced on us until now because his stuff is obviously great for a video game even without the juiced up stats. He was a cornerstone in Battle Royale runs, and now I suspect we’ll see him in Ranked Seasons plenty now. Matzek is also a fresh face, but I’m less sure how he’ll look since he has not been used much in any mode yet this year. Yordan Alvarez and Rafael Devers are known commodities as cards who should rake as usual.