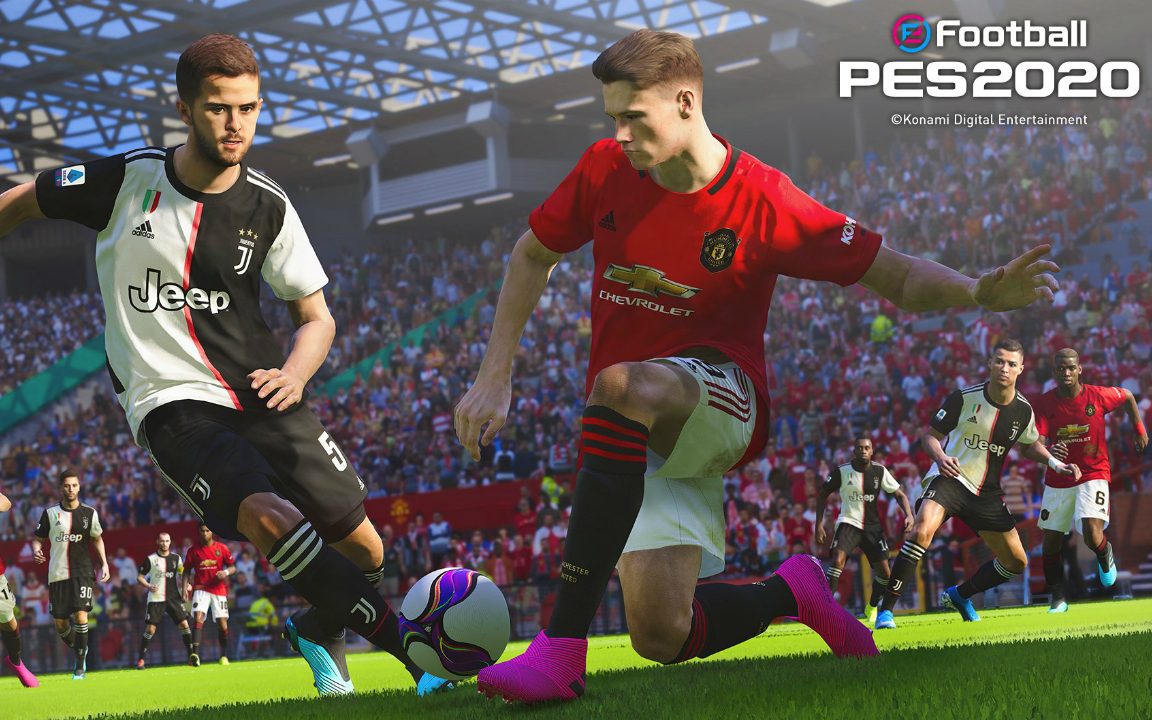 If you’re not following the PES Development Team’s Facebook page, you need to. They’ve been doing a pretty good job at interacting with the community, collecting feedback and feeding it back to the actual folks who can make changes. From what I’ve seen, it’s been a civil conversation, possibly a sign that Konami has turned over a new leaf when it comes to interacting with the community and opening up another channel of communication different than their mainstay, Adam Bhatti’s Twitter. After collecting feedback since its official launch on September 10, the PES Development Team updated us on their main priorities for their next patch, scheduled for late October.

There are three main topics that the PES Development Team touches on. They are as follows:

Better player reaction to loose balls. We will be improving how players react to loose balls, ensuring that they will do their best to try and gain possession.This will ensure an exciting gameplay for 1 vs. 1 duels in the sidelines or the battle for the ball in the penalty box.

Okay, not a bad start. This has been an issue for years so you could say “Why are they only addressing this now?” and I would say that’s a good point. However, after seeing its mention as an area to improve upon, I’m excited as PES has suffered for far too long from players retreating back to their positions without using common sense and attacking a 50-50 ball in their area if they’re the closest defender.

This is Alexis Sanchez (demo video) completely running by the ball when he could have picked the ball and continued Man United’s attacking move.

Here, the Norwich defender takes a horrible angle and then ignores the ball leading to a Chelsea chance. One could argue that the defender makes a mistake by misjudging the flight of the ball, but I personally do not think that level of human error is programmed into the game just yet. Better recognition of loose/50-50 balls could also potentially lead to some interesting coming interactions, possibly resulting in fouls (the third item on this list that I will get to).

Better positioning of the defense line and midfield line. Some people pointed out that there was a gap between the defense line and the midfield line, which allowed killer passes to reach the forward attackers with ease. We noticed that this resulted in a fast-paced game, since it was possible for the ball to reach the front lines with only a few passes. With the fix, it will become harder for the ball to reach the attackers, so constructing the play will be more important during matches. As a result, the pace of the game will come closer to reality.

Now that’s what I’m talking about! PES has been a victim of too much space in the midfield for years. Most default formations lack the proper setup — space between the attackers and midfielders too far apart and/or no fluid formation set up for “Out of Possession” — causing huge gaps that allow for killer 30-yard ground passes to the feet of a striker as evidenced here:

As you can tell from the thumbnail alone, the disconnect between the midfield and the back line of Arsenal yellow is far too great, allowing for an easy ball to the feet of the red attacker. What makes it even worse is that the Arsenal midfielder standing in the direct line of sight does nothing to either cut the passing lane off forcing Arsenal red to look for another option, and/or doesn’t attempt to actually intercept the pass. 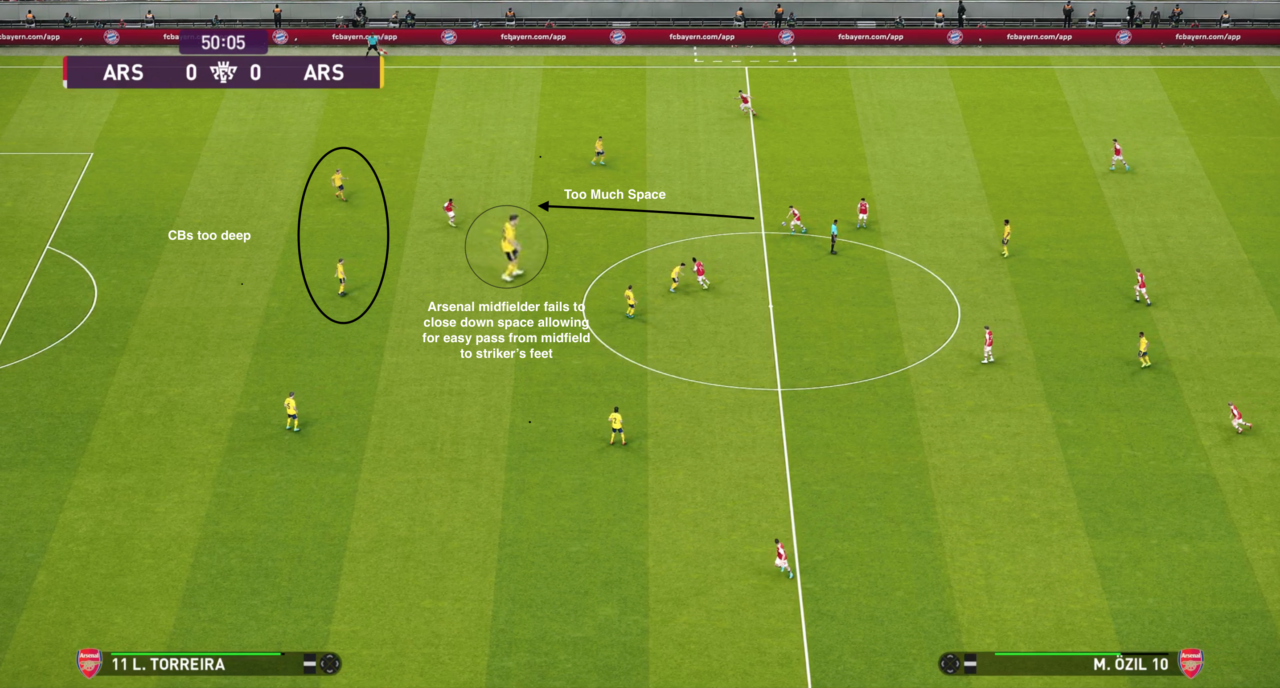 As it plays out:

This is not always the case though as there are times when the CBs, mostly when “Swarm the Box” as an advanced tactic is employed, are aggressive and step up as evidenced here by Chelsea’s Antonio Rudiger:

Watch how Rudiger steps up aggressively, and although he doesn’t win the ball cleanly, he still manages to get a foot on it while avoiding going through the back of Harry Kane.

The third point worth mentioning relates to fouls, specifically:

One example of a bug that got fixed is how the fouls were being judged. We noticed some fouls that were being judged in the Demo would not be considered as fouls in real life. Since we always strive to make PES as close to real life football as possible, we did our best to make the judge better at defining which plays should be considered as fouls and which one were not.

Yes, we also noticed that Konami. In a nutshell, fouls in the eFootball PES 2020 demo were a little overzealous at times and it frustrated some users who were quick to complain about these poor decisions. As is far too common these days, game developers like Konami took the feedback and went too far to the left in an attempt to tune foul decisions, but in the process obvious fouls such as this one have gone missing:

Obvious fouls like this need to be called as they totally nerf dribbling and encourage heat-seeking defenders who don’t fear repercussions from the official. I personally would prefer to have a few bad calls mixed in as we see every weekend across the world of football but there does need to be a balance. PES 2020 still does do a fairly good job at representing the physical side of the game at times though.

Did Reece James exaggerate the contact? Perhaps, but the animation is something we see play out frequently when watching matches and further tightening it up would make defending more risk/reward, something the PES 2020 demo excelled at.

Late October is a long way to go for a patch, but these three changes are complex in the sense that they could have side effects on other areas of gameplay so it’s best to wait and let Konami tune them accordingly. Rushing to get a patch out too soon before proper testing is done doesn’t do the community any favors, so we’ll take a cautious approach and once the patch drops we’ll circle back and see if these items were properly addressed.