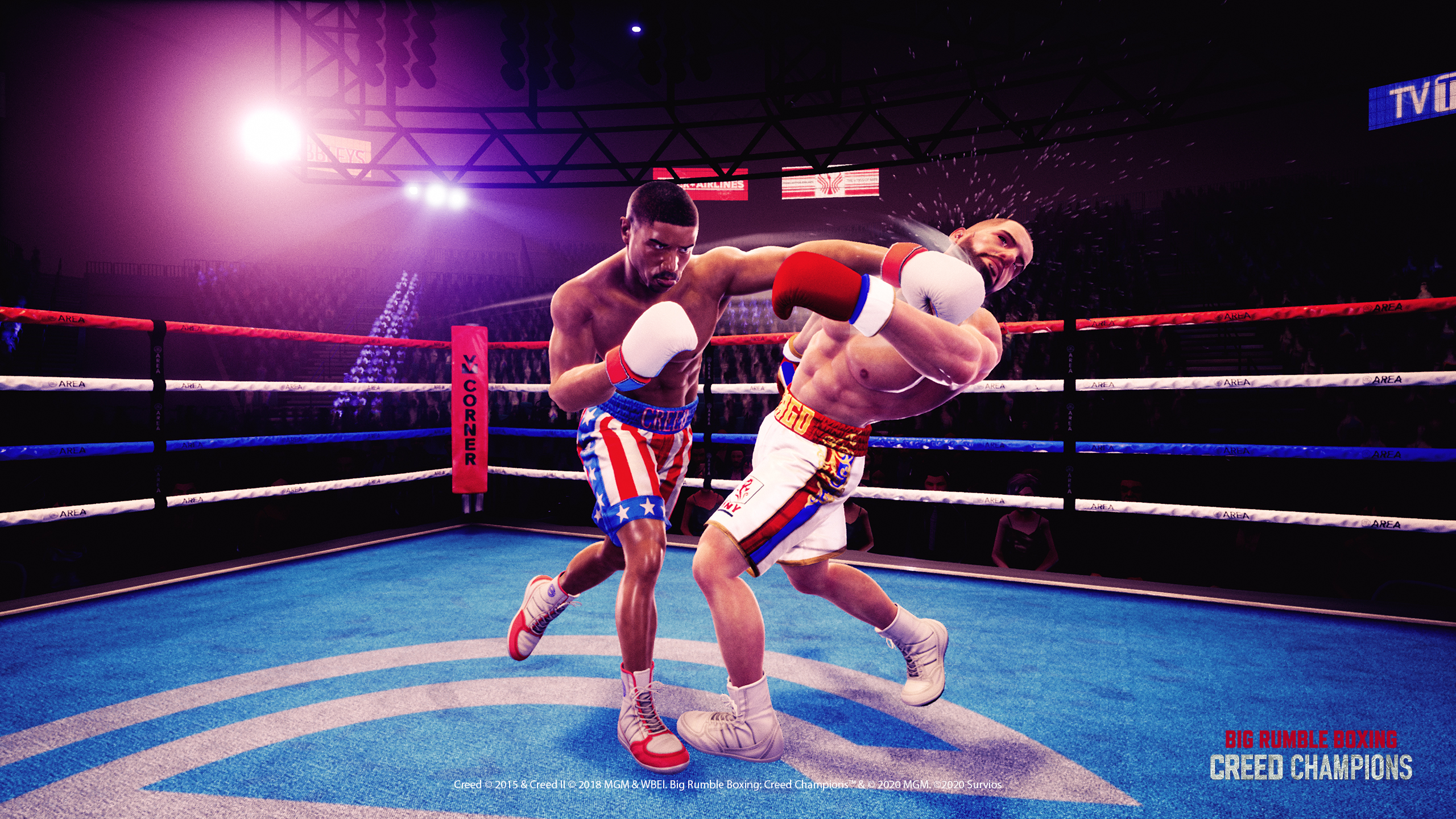 Big Rumble Boxing: Creed Champions is the second collaboration between the two companies and follows the critical success of 2018’s Creed: Rise to Glory, which features legendary characters from MGM’s classic Creed and Rocky film franchises for virtual reality.

For the first time, the game brings the gripping intensity of Creed boxing to console and PC platforms. Featuring a legendary roster of characters, such as titular lead Adonis Creed, Rocky Balboa, Ivan & Victor Drago, Clubber Lang, and more, players will square up against the best fighters in the world across a heart-pounding arcade mode, where they can experience unique stories and unlock rewards.

Players can also go shoulder-to-shoulder against friends in local competitive multiplayer, experience iconic Rocky training montages through a series of extraordinary minigames, and undergo a training mode designed to build up one’s legendary status. The game offers intuitive, pick-up-and-play controls and robust hard-hitting boxing mechanics that are easy to learn and hard to master, providing everyone a fighting chance to become a champion.

Check out the trailer below, starting at roughly the 5:36 mark.

Do you have what it takes to be a Champion? Step into the ring in Big Rumble Boxing: Creed Champions as you train, fight, and win like the legends, such as Adonis Creed and Rocky Balboa, in a knockout arcade boxing experience set in the most renowned boxing film franchise of all-time. Rise through the ranks in an intense arcade mode, hone your skills in classic Rocky training montages, and go head-to-head with friends in thrilling local competitive multiplayer.

Developed by the team who brought you Creed: Rise to Glory for VR platforms,  Big Rumble Boxing: Creed Champions is the second collaboration between Survios and MGM Studios, that brings the gripping intensity of Creed  boxing to consoles and PC for the first time. 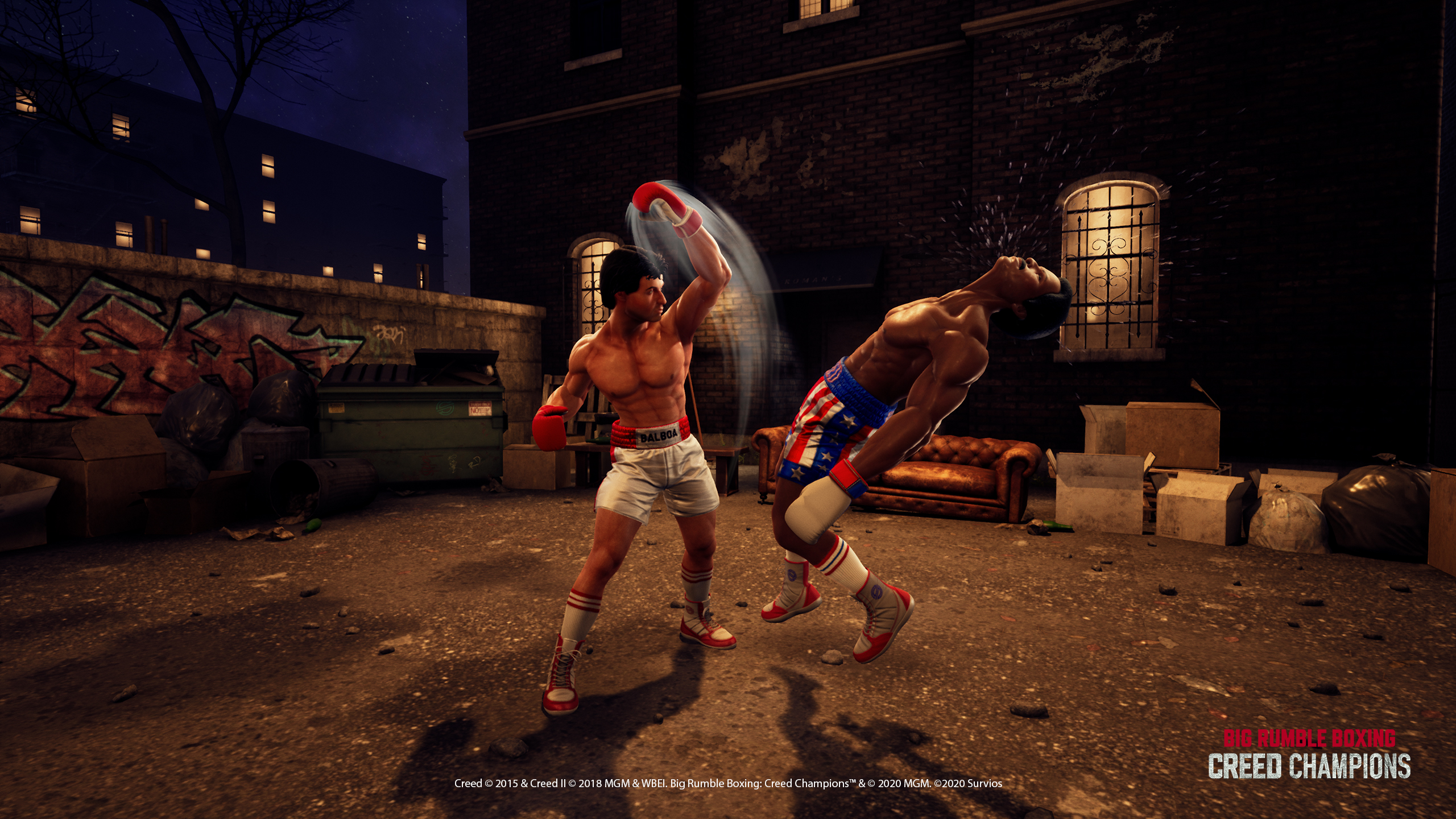